The Census and Facebook: Working Hand-in-Glove to Censor the Internet

The same agency that once helped the Army round up Japanese Americans has now achieved protected status on social media. 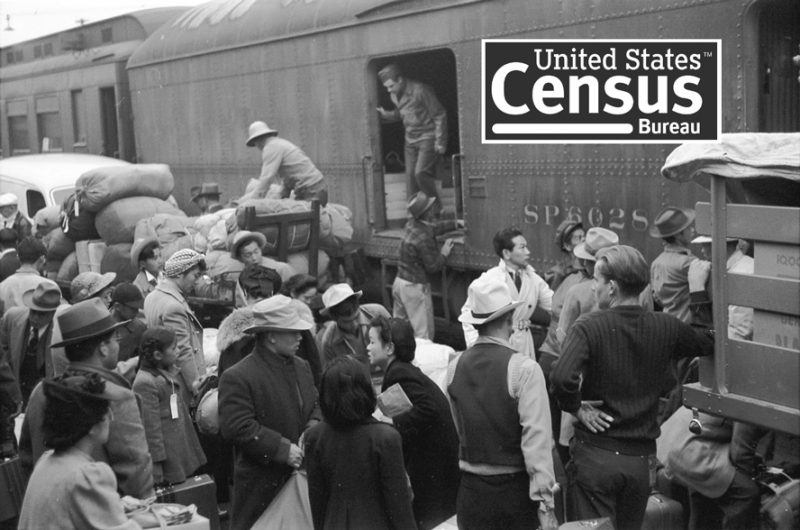 America’s social media giants are rallying behind the 2020 Census. Facebook chief Mark Zuckerberg recently assured a congressional committee that his company would have a “census suppression policy” to eliminate attacks on the Census Bureau. Facebook is devoted to “prohibiting census interference on our platforms,” according to its vice president Kevin Martin.

By that, Martin didn’t mean a government agency interfering, but comments by private citizens or groups that could spur noncompliance with mandatory Census reporting. Facebook will delete any content that suggests filling out a Census form could have “law enforcement consequences” or that census forms “will be shared with another government agency.” Similarly, Pinterest public policy manager Aerica Shimizu Banks promised that if the Census Bureau “provides verified misinformation or disinformation to us, we’ll look for it on our platform and take anything we find down.”

Social media monoliths are seeking to place the Census on par with motherhood and apple pie. But such canonization is hard to reconcile with history.

In the early 1940s, the Census brazenly violated federal law by sharing key information from its forms on 120,000 Japanese Americans, which enabled the Army to round them up into internment camps (sometimes described as “concentration camps”). The detentions were among the worst civil liberties violations in modern American history.

The Census Bureau nowadays acts as if its role in the internments is ancient history. But in 2003, it provided the Department of Homeland Security with a massive report on how many people of Arab ancestry lived in every zip code. Yet because Army trucks didn’t then show up and start hauling away Arab Americans, the Census Bureau caught almost zero flak.

And even if every current Census Bureau official promised to keep Americans’ responses confidential, they wouldn’t be able to stop Congress from changing the rules after census forms are complete. A law is merely a reflection of the momentary perception of self-interest by a majority of a legislative body. A single clause in a massive appropriations bill could nullify privacy protections for census respondents. Congress seriously considered undermining the Census privacy requirement less than 20 years ago. And don’t forget that it was the Census Bureau that led the charge in 1942 to sway Congress into passing a law permitting disclosure of census responses to federal law enforcement and other agencies. That law expired in 1947 but Census officials did not bother waiting for Congress to act before dishing personal info to the Army.

Besides, since 9/11, federal laws protecting privacy have routinely been trampled at politicians’ behest. Perpetrators have been more likely to receive promotions at the NSA or FBI than face criminal charges.

Millions of Americans rely on social media for their news. Even before its partnership with the Census Bureau, Facebook spurred controversies by suppressing material that embarrassed the government. The company likely deleted thousands of postings of the notorious 1972 photo of a young Vietnamese girl running naked after a plane dropped napalm on her village. Facebook blocked a 2017 post of mine that included an illustration of the Branch Davidian compound at Waco, Texas, in flames after an FBI tank assault that included pyrotechnic grenades. Facebook eventually rescinded those bans but we have no idea how many other photos or posts it’s automatically deleting.

Facebook’s censorious Census policy harmonizes with its heavy-handed approach abroad. Its training materials assure its employees that it “will not censor content unless a nation has demonstrated the political will to enforce its censorship laws.” Lamentably, that includes most of the world. From Myanmar to Pakistan to Germany, Facebook routinely and massively censors its users to placate official decrees. Judith Bergman of the Gatestone Institute warned: “When employees of social media companies are appointed as the state’s private thought police…free speech becomes nothing more than a fairy tale.”

If Facebook is going to airbrush the Census Bureau, could Mark Zuckerberg’s wizards also help paper over the FBI’s persecution of black civil rights leaders, including Martin Luther King Jr.? The Pentagon’s false claims on military breakthroughs in Vietnam, Iraq, and Afghanistan? The CIA’s torture regime during the war on terror? Maybe Congress could establish a statute of limitations banning social media mentions of federal abuses after five years or one presidency, whichever comes first.

Democracy cannot afford to pretend that government is irrevocably trustworthy. Partnerships between social media companies and federal agencies to suppress both criticism and history are another step towards Nineteen Eighty-Four. If the Census Bureau again betrays Americans’ privacy, we can rest assured that our great grandchildren will learn the facts of the matter.