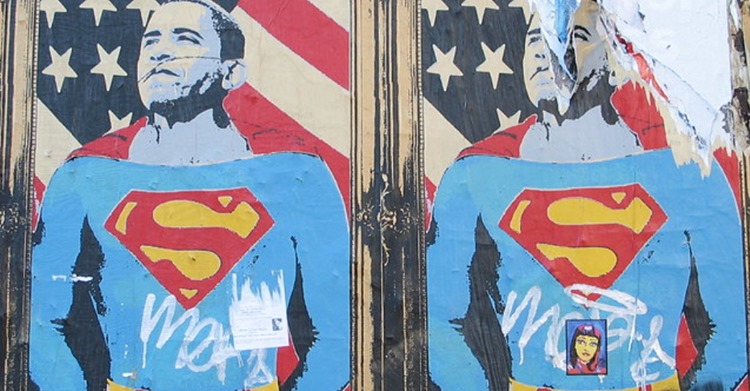 The Supreme Court declared in 1943, “There is no mysticism in the American concept of the State or of the nature or origin of its authority.” In reality, the cardinal doctrines of contemporary democracy are layer upon layer of mystical claptrap. The phrases which consecrate democracy seep into many Americans’ minds like buried hazardous waste.

If Joe Biden wins the presidential election, voters will be told that our political system is redeemed: the “will of the people” is now clear, Biden will rule with “the consent of the governed,” and Americans are obliged to again trust and obey the federal government. If Donald Trump is reelected, much of the same media will continue howling about imaginary Russian plots. But these notions remain dangerous delusions regardless of who is declared the winner on Election Day.

The notion that election results represent the “will of the people” is one of the most shameless triumphs of democratic propaganda. Rather than revealing the “will of the people,” election results are often a one-day snapshot of transient mass delusions. Votes which only reveal comparative contempt for competing professional politicians are transmogrified into approvals for blueprints to forcibly remake humanity.

Americans are encouraged to believe that their vote on Election Day somehow miraculously guarantees that the subsequent ten thousand actions by the president, Congress, and federal agencies embody “the will of the people.” In reality, the more edicts a president issues, the less likely that his decrees will have any connection to popular preferences. It is even more doubtful that all the provisions of hefty legislative packages reflect majority support, considering the wheeling, dealing, and conniving prior to final passage. Or maybe the Holy Ghost of Democracy hovers over Capitol Hill to assure that average Americans truly want every provision on every page of bills that most representatives and senators do not even bother reading?

President Barack Obama hit the theme at a 2015 Democratic fundraiser: “Our system only works when we realize that government is not some alien thing; government is not some conspiracy or plot; it’s not something to oppress you. Government is us in a democracy.” But it was not private citizens who, during Obama’s reign, issued more than half a million pages of proposed and final new regulations and notices in the Federal Register; made more than 10 million administrative rulings; tacitly took control of more than 500 million acres by designating them “national monuments”; and bombed seven foreign nations. The “government is the people” doctrine makes sense only if we assume citizens are masochists who secretly wish to have their lives blighted.

Presidents perennially echo the Declaration of Independence’s appeal to “the consent of the governed.” But political consent is gauged very differently than consent in other areas of life. The primary proof that Americans are not oppressed is that citizens cast more votes for one of the candidates who finagled his name onto the ballot. A politician can say or do almost anything to snare votes; after Election Day, citizens can do almost nothing to restrain winning politicians.

A 2017 survey by Rasmussen Reports found that only 23 percent of Americans believe that the federal government has “the consent of the governed.” Political consent is defined these days as rape was defined a generation or two ago: people consent to anything which they do not forcibly resist. Voters cannot complain about getting screwed after being enticed into a voting booth. Anyone who does not attempt to burn down city hall presumably consented to everything the mayor did. Anyone who does not jump the White House fence and try to storm into the Oval Office consents to all executive orders. Anyone who doesn’t firebomb the nearest federal office building consents to the latest edicts in the Federal Register. And if people do attack government facilities, then they are terrorists who can be justifiably killed or imprisoned forever.

In the short term, the most dangerous democratic delusion is that conducting an election makes government trustworthy again. Only 20 percent of Americans trust the government to “do the right thing” most of the time, according to a survey last month by the Pew Research Center. Americans are being encouraged to believe that merely changing the name of the occupant of the White House should restore faith in government.

If Biden is elected, we will hear the same “redemption” storyline that was trumpeted when Obama replaced (temporarily) disgraced George W. Bush. The same media that ignored Biden’s corruption during the presidential campaign will insist that his inauguration purifies Uncle Sam. With Biden in charge, pundits and pooh-bahs will swear that it is safe to expand federal control over healthcare, education, housing, the economy, the environment, and anything else that moves.

But the benevolence of government rarely transcends the perfidy of politics. Washington will remain as venal as ever, regardless of the hallelujah chorus of PBS NewsHour panelists. When scandals erupt, citizens will be told to trust politically approved fixes to the system—even though most Washington reforms are like fighting crime by hiding the corpses of victims.

It is time to demystify democracy. The surest effect of exalting democracy is to make it easier for politicians to drag everyone else down. Until presidents and members of Congress begin to honor their oath to uphold and defend the Constitution, they deserve all the distrust and disdain they receive. Americans need less faith in democracy and more faith in their own liberty.

Biden, consent of the governed, delusions, Democracy, Franklin Roosevelt, liberty, myth, Trump, Will of the People