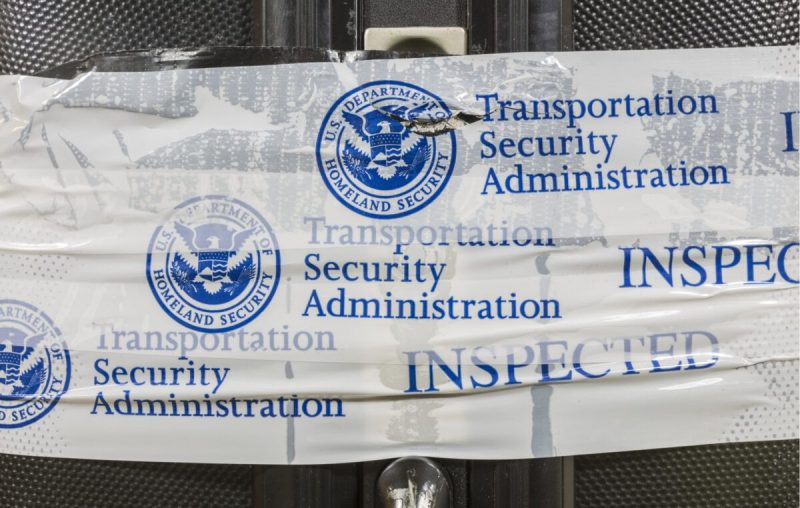 The Transportation Security Administration announced last week that it will be fining travelers up to $1,500 for failing to wear a proper facemask. The TSA could also heavily fine people for wearing a facemask improperly and maybe also for some other offenses the agency hasn’t yet created. It is ironic that a federal agency that helped compound the Covid pandemic just captured more arbitrary power over any American citizen who needs to catch a flight.

The TSA mask mandate was perhaps inevitable with a new president who portrays forcing people to wear masks as the 21st century version of the Emancipation Proclamation. Airlines have a right to require masks of their passengers and to refuse service to customers who refuse to comply, regardless of the studies raising questions on the efficacy of masks. But the TSA’s new regulations could become another bureaucratic Pandora’s Box from an agency with a long history of pointlessly vexing Americans.

The new TSA regulation mandates: “Mask should fit snugly but comfortably against the side of the face.” How will TSA checkpoint screeners assure compliance? Will they run their fingers between the mask and the face to assure sufficient tightness – the same way TSA agents are notorious for fondling female travelers’ panty liners? Regulations also prohibit “masks that do not fit properly (large gaps, too loose or too tight).” Will we have a Goldilocks and the three bears’ porridge “maybe so, maybe not” routine here? Any procedure which involves TSA agents pawing travelers’ masks boosts the risk of contagion.

The TSA gravely warns that “passengers without a mask may be denied entry, boarding, or continued transport.” Will maskless travelers be ejected at 35,000 feet, or what?

The federal Centers for Disease Control issued new regulations for public transit that parallel TSA rules. The CDC specified that facemasks can be temporarily removed during flights if “wearing of oxygen masks is needed because of loss of cabin pressure.” If the plane hits the ground as a result of whatever problem caused “loss of cabin pressure,” masks can probably be removed then as well.

The Washington Post reported TSA assurances that “people subject to the civil penalties will have due process.” But will this be another federal facade in which “due process” is simply “a process an agency does?” People hit with facemask fines will have “the right to an informal conference with TSA.” However, “Specific data will not be available until after all legal proceedings are completed, which could take an extended period of time,” the TSA warned.

We’ve seen this kangaroo court routine from the TSA before. In 2002, after the TSA covertly concocted a system of fines to punish traveler’s bad attitudes, it failed to give people warning or notice, failed to define the key terms, and failed to notify violators of their right to appeal. In an obscure Federal Register notice that 99.99% of Americans never heard about, the TSA disclosed that travelers could be fined or arrested if anything they said or did caused a screener to “turn away from his or her normal duties to deal with the disruptive individual.” The TSA did not clearly define the new crime. TSA spokeswoman Ann Davis told the New York Times in 2004 that the offense included ‘‘any nonphysical situation that in any way would interfere with the screener and his or her ability to continue to work, or interfere with their ability to do their jobs.” Few travelers realized they could be financially hammered for almost anything that perturbed a TSA screener. Thousands of Americans were hit with fines of up to $1,500 sometimes weeks after their flight.

Appointing the TSA as mask enforcers is ironic considering the agency’s record as one of the nation’s most notorious hoarders of unused masks early in the pandemic. At a time when health care workers treating Covid patients had no reliable masks, the TSA held on to a stash of 1.3 million N95 facemasks which it also failed to distribute to its own employees. TSA attorney Charles Kielkopf filed a whistleblower complaint charging that the TSA was guilty of “gross mismanagement that represented a ‘substantial and specific danger to public health.’”

But that was the least of the TSA’s contributions to catastrophe. Jay Brainard, the TSA’s top official in Kansas, publicly complained last June that TSA agents “became Typhoid Marys and contributed to the spread of that virus because TSA senior leadership did not make sure (screeners) were adequately protected.” Brainard was prohibited by TSA headquarters from requiring TSA agents in Kansas to wear masks. Early in the pandemic, a top TSA official testified to Congress that TSA agents regularly changed their nitrile gloves after patting down passengers. However, several TSA federal security directors at airports nationwide told National Public Radio that the policy had been that “gloves are changed between pat-downs only in the specific situation when an alarm is set off.”

After NPR’s report, the TSA announced that “passengers would now be allowed to request TSA screeners change their gloves.” But would travelers get fined for a bad attitude for suggesting that TSA agents change their gloves? Any gynecologist who followed the same grossly negligent policy on changing gloves – only if patients requested a fresh pair – would soon be out of business. Brainard said the TSA was guilty of “gross mismanagement” and failed to “take adequate steps to make sure that we were not becoming carriers and spreaders of the virus ourselves.”

If the TSA wants to become less of a menace to public health, there are simple reforms that would also help return decency to flying. The TSA deployed its Whole Body Scanners without adequate testing a decade ago. The scanners produce endless false alarms which require TSA screeners to get up-close-and-personal with travelers, pawing boobs, butts, and anything else to find bombs and weapons that never exist. TSA screeners also miss almost all of the mock bombs and weapons that covert testers squirreled through the airports. The metal detecting magnetometers that the TSA used prior to Whole Body Scanners are as reliable at detecting threats and far less invasive (who wants a nude photo in their federal dossier?) and less likely to generate false positives.

Perhaps the TSA’s biggest source of false positives is its explosive detection tests that function as a full employment program for slow-witted feds. The TSA tests swabs from passengers or their luggage on devices which generate false positives for any trace of glycerin – practically an omnipresent substance in this high anxiety age of hand sanitizers. The false positives require a full groping that accomplishes nothing except another statistical checkoff in the war against anything that might be mislabeled as terrorism.

Can the TSA reform its searches and other procedures so that its own employees avoid getting denounced as “Typhoid Marys?” Is “social distancing” from boneheaded enforcement agents asking too much? Alas, it is difficult to expect reasonable policies from an agency that still seems inspired by one of its first mottoes: “Dominate. Intimidate. Control.“