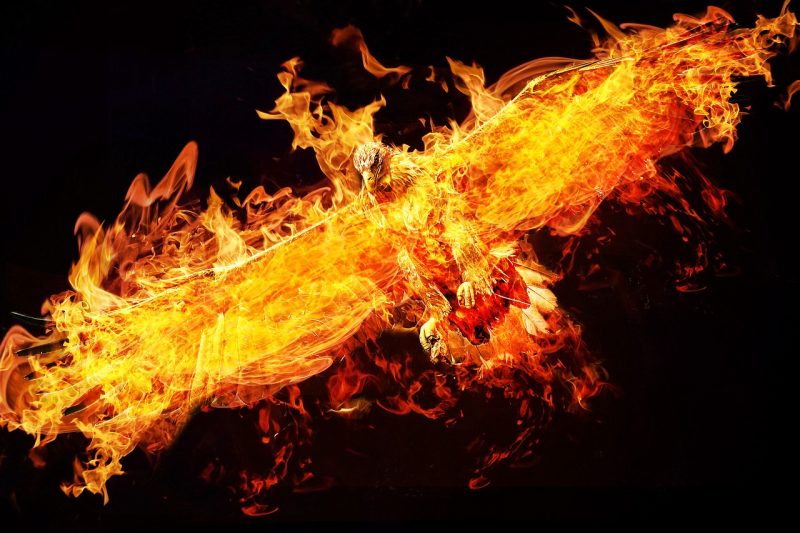 Government Trust Grows Despite Its Inability to Protect

Like a phoenix rising from the ashes, Americans’ trust in government is soaring after the Sept. 11 terrorist attacks. The number of people who trust the government to do the right thing has doubled since last year, and now is more than three times higher than in 1994. According to a Washington Post poll released on Sept. 27, 64% of Americans now “trust the government in Washington to do what is right” either “just about always” or “most of the time.”

Ronald Brownstein, a Los Angeles Times columnist, declared on Sept. 19: “At the moment the first fireball seared the crystalline Manhattan sky last week, the entire impulse to distrust government that has become so central to U.S. politics seemed instantly anachronistic.” Brownstein’s headline – “The Government, Once Scorned, Becomes Savior” – captured much of the establishment media’s response to the attacks.

It is puzzling that trust in government would soar after the biggest intelligence/law enforcement failure since the surprise attack on Pearl Harbor. At least in the first weeks after the attack, the federal government’s prestige appears higher than at any time since the start of the Vietnam War.

The Post poll also revealed that the disastrous attacks of Sept. 11 greatly increased Americans’ confidence that government will protect them against terrorists. From 1995 through 1997, the results consistently showed that only between 35% and 37% of Americans had “a great deal” or “a good amount” of confidence that the feds would deter domestic attacks by terrorists. In hindsight, the public was far more prescient than were the Washington policy-makers who chose not to make defending against such attacks a high priority. In the aftermath of the Sept. 11 attacks, confidence in government’s ability to deter terrorist attacks has soared – clocking in at 66%, almost double the percentage in the most recent previous Washington Post poll on this question in June 1997.

The bigger the catastrophe, the more credulous many people seem to become. The worse government failed to protect people in the past, the more certain most people become that government will protect them in the future.

Prominent liberals are capitalizing on the new mood to call for razing the restraints on government power. Wall Street Journal columnist Al Hunt says it’s “time to declare a moratorium on government-bashing…. For the foreseeable future, the federal government is going to invest or spend more, regulate more and exercise more control over our lives,” he rejoices.

“There is no real debate over expansion (of government power) in general.” Washington Post columnist Jim Hoagland snipped, “Ideologues on the right saw government as an evil to be rolled back.” In a breathtaking leap of logic, he reasons: “The terror assaults on the World Trade Center and the Pentagon … should profoundly shake the less-is-more philosophy that was the driving force for the tax-cut politics of Bush and conservative Republicans.”

But there is no evidence that Osama bin Laden targeted the U.S. because of ire over George Bush’s proposal to reduce the estate tax. Hoagland’s effort is reminiscent of liberal efforts after the assassination of John F. Kennedy to paint right-wingers everywhere as unindicted co-conspirators in Kennedy’s killing.

It is difficult to understand how the failures of the CIA, the FBI, and the Federal Aviation Administration could generate a blank check for all other federal agencies to exert more control over 270 million Americans. The success of the disastrous attacks of Sept. 11 were due far more to gross negligence and a shortage of competence than to a shortage of power. The federal government needs sufficient power to protect Americans against terrorist attacks and to harshly punish the perpetrators of the recent attacks. But such power shouldn’t place a golden crown on the head of every would-be bureaucratic dictator, from the lowest village zoning enforcer to the most deluded federal agency chieftain.

The blind glorification of government, now popular, puts almost all liberties at grave risk. At least for the time being, people have lost any interest in government’s batting average – either for actually protecting citizens or for abusing power. The best hope for the survival and defense of liberty is that enough Americans will recall the type of history lessons that public schools never teach.

At this time of national crisis, we must forget neither our political heritage nor the inherent limits of any governmental machinery. Government has a vital role in defending Americans from deadly foreign threats. But nothing that happened on Sept. 11 or since changed the fundamental nature of American government.

James Bovard is the author of “Feeling Your Pain: The Explosion & Abuse of Government Power in the Clinton-Gore Years”(St. Martin’s Press, 2000).