Mises Institute president Jeff Deist and I had a rollicking chat this afternoon on the Virginia election on News Talk Florida. Regardless of who wins the governor’s race, government schools took a shellacking in this election.  Far more parents are awakened and outraged at officialdom claiming the right to indoctrinate children as politicians please.  Jeff mentioned that Terry McAuliffe made a squirrel 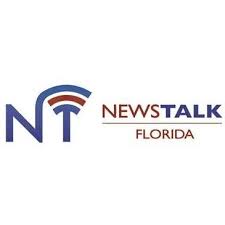 y $8 million profit from a tiny insider investment in the 1990s. I pointed out that McAuliffe had heavy expenses, such as sending his 5 children to private schools.  I don’t recall the McAuliffe campaign mentioning that in their ads.

The media vitriol is almost off the charts in this race.  A Washington Post columnist today railed that “Youngkin and his allies have pumped that raw right-wing sewage directly into the minds of the GOP base.”

And I had so hoped that this election would be the tonic to help restore people’s faith in the political system, esp. after the unpleasantness of 2020.