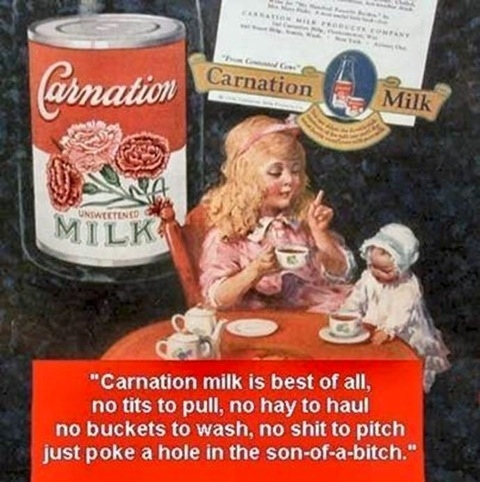 This is the time of year when folks use sweetened condensed milk for pumpkin pie, peanut butter fudge, and many other holiday treats. Every time I see those cans advertised, I am reminded of my father’s favorite poem.

My father worked on farms for much of his life, including two summers during high school on a Pennsylvania dairy farm.  He boasted that he “improved” the farm’s operation by waking up and starting the milking half an hour earlier at 4:30 a.m.  Luckily, I did not inherit that depraved notion of virtue from him.  Maybe he read Ben Franklin’s autobiography once too often (“early to rise makes a man…”).

Folks who work with cattle have earthy senses of humor.  My father often talked about how the Carnation Milk company sponsored a contest in 1946 for a jingle for their evaporated milk – a new product that was considered revolutionary at the time. The winning entry purportedly came from a Nebraska farm wife:

Carnation milk, best in the land.
Comes to the table in a little red can.
No teats to pull, no shit to pitch.
Just punch a hole in the sonofabitch.

No Pulitzer Prize for poetry was awarded in 1946, which is maybe why that poem isn’t more famous.

1958 photo of my father at the Beef Cattle Research Station, Front Royal, Virginia 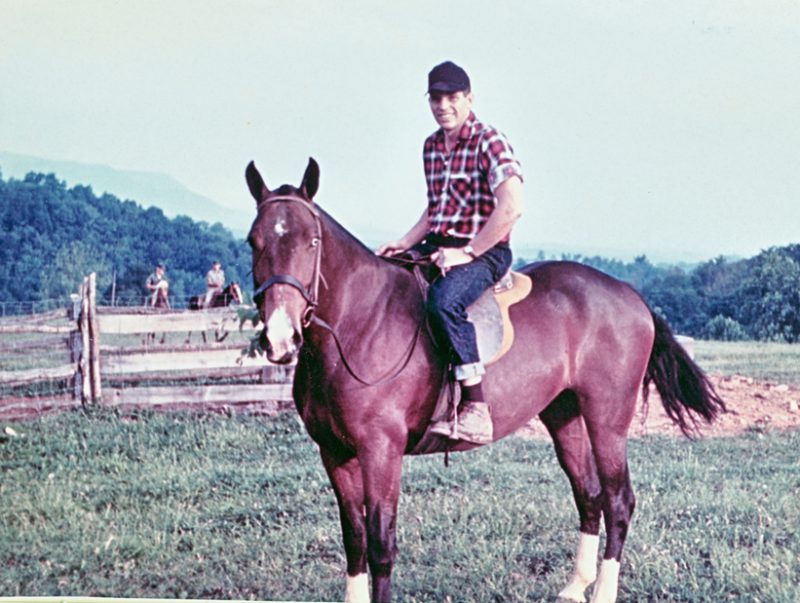 5 Responses to Thanksgiving and my Dad’s Favorite Poem