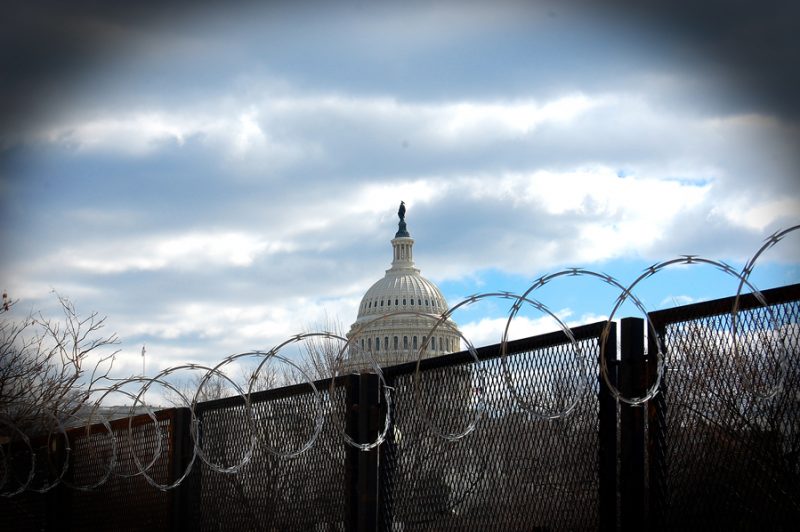 Dems and media who portray Jan. 6 as a near-fatal attack on democracy are absurd

Last year’s Jan. 6 clash at the Capitol may be the most politically exploited ruckus in American history. Team Biden is doing a victory lap to mark the anniversary, but the feds continue covering up key information regarding that day’s events. Democrats are canonizing a false version of history to change voting laws to perpetuate many of the shoddy if not shady practices that tarnished the 2020 election.

After the fracas a year ago, Democratic members of Congress made ludicrous claims about the perils they faced that day. Rep. Alexandria Ocasio-Cortez (D-NY) said, “We came close to half of the House nearly dying” from the attackers. But the only person gunned down that day was 35-year-old Air Force veteran Ashli Babbitt, shot at point-blank range by a Capitol policeman.

While heavy penalties are justified for protesters who physically attacked police, President Joe Biden and his media allies portray clashes that day as an insurrection seeking to destroy American democracy. But Reuters reported in August that the FBI had found little or no evidence that the attackers were part of an “organized plot to overturn the presidential election,” with almost all protesters “one-off cases” unrelated to a grand scheme.

The Justice Department declared last summer, “The investigation and prosecution of the Capitol Breach will be the largest in American history, both in terms of the number of defendants prosecuted and the nature and volume of the evidence.” But the feds continue withholding almost all of the 14,000 hours of surveillance video taken inside the Capitol Jan. 6. A coalition of 16 media groups including The Washington Post, Associated Press and television networks have sued to gain access to it. BuzzFeed won a legal battle in September and posted a short clip of protesters walking peacefully inside the Capitol Jan. 6 — a jarring contradiction to the “Democracy damn near died” narrative.

One of the biggest Jan. 6 mysteries is why law-enforcement agencies ignored the torrent of warnings of potential trouble that day. A Washington Post investigation condemned “one of the biggest security failures in the nation’s history.” The US Capitol Police have almost 2,000 officers and a budget larger than that of Detroit and St. Louis. However, fewer than 200 Capitol police “were deployed to interior or exterior posts at the US Capitol” Jan. 6 — as if the cops were prepping for the annual Future Farmers of America visit.

The New York Times reported in September that the FBI had informants involved in the hubbub, including one who texted his FBI handler updates as the clashes escalated. One Navy veteran who led members of Oath Keepers into the Capitol had a top-secret security clearance and had worked for the FBI, according to his lawyer. “How many January 6th protesters were actually working for the federal government?” Rep. Thomas Massie (R-Ky.) asked Attorney General Merrick Garland at a recent congressional hearing, but Garland refused to answer.

Did any federal operatives help instigate conflicts? Newsweek revealed this week that hundreds of heavily armed secret commandos with shoot-to-kill orders were deployed around the Capitol prior to the clash with demonstrators. Newsweek asked: “What was it that the Justice Department saw that provoked it to see January 6 as an extraordinary event, something that the other [law enforcement] agencies evidently missed?”

“Trespassing plus thought crimes equals terrorism” is the standard the Biden administration is using to prosecute defendants. But the official Jan. 6 storyline is getting shot to pieces in federal court. Federal Judge Trevor McFadden slammed prosecutors for pillorying Jan. 6 protesters while dropping charges against individuals who engaged in far worse behavior during violent summer 2020 protests in Washington. Federal Judge Amit Mehta criticized prosecutors for charging hundreds of protesters with “obstructing an official proceeding” of Congress — a felony with a 20-year prison sentence — while similar protesters in prior years got misdemeanor wrist-slaps. Beryl Howell, the chief judge in federal court in Washington, derided prosecutors for “almost schizophrenic” behavior for denouncing Jan. 6 as an “attack on democracy” but then merely charging some protesters with “parading” in the Capitol building.

Democrats are exploiting the Jan. 6 clash to seek to block any voting reforms that would make election results more credible. A hysterical New York Times editorial headlined “Every Day Is Jan. 6 Now” declared, “Republican lawmakers in 41 states have been trying to advance the goals of the Jan. 6 rioters . . . in a bloodless, legalized form that no police officer can arrest and that no prosecutor can try in court.”

But when did verifying ballots become a crime against democracy? Many of the same Democrats who champion vaccine passports that disproportionately bar blacks from restaurants and gyms also insist that requiring voters to show identification is Jim Crow at its worst. Democrats are pushing for universal mail-in balloting even though a 2012 New York Times analysis recognized that fraud is “vastly more prevalent” in mailed ballots. Likewise, the push for a federal law to mandate ballot drop boxes and paid ballot harvesting would destroy some of the last remaining safeguards to honest voting.

Americans deserve to see all the video and all the federal agency records, including those of undercover operatives, tied to the Jan. 6 clash. In the meantime, citizens should scoff at the ludicrous “almost a martyr” routine from members of Congress who have dismally failed to expose why the Capitol Police and other law enforcement agencies blundered so badly that day.

3 Responses to New York Post: January 6 was not a Near-Fatal Attack on Democracy