Sen. Ron Wyden (D-Ore.) is raising hell about the administration’s secrecy – demanding that they at least release the confidential memo that explains why the President has the right to order secret killings. But the Obama administration is stonewalling in the best Dick Cheney fashion. ‘

The following poster – entitled Liberty Drones – beautifully captures the depravity of Obama’s policy. (The artist, Tom Blanton, has a bunch of great art work at the PoliCulture page of his Flickr photos. Tom is also the mastermind of the Project for the New American Revolution). 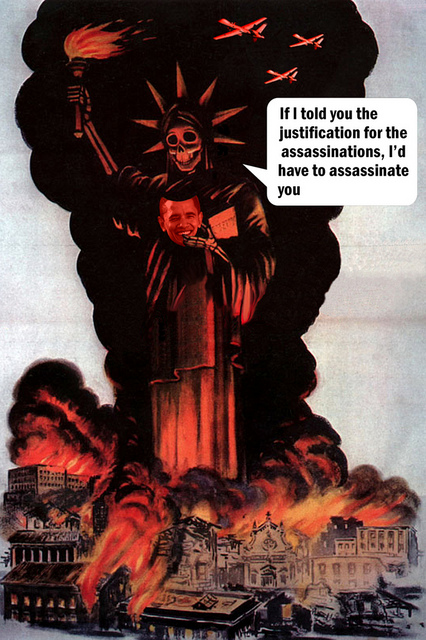 It is sad when the battlelines for the defense of liberty have retreated so far that it is necessary to argue that it is imprudent to permit Presidents to secretly kill one’s fellow citizens.

My Endorsement of WeWontFly.Com
MP3 of CPAC Radio Interview with Brian Wilson