This photo better captures the reality of contemporary American government than today’s speeches at Obama’s inaugural. The choir sang “Battle Hymn of the Republic” – and today’s DC politicians would not hesitate to suppress any group that tried to secede or challenge Washington power grabs. (I took this photo from an exhibit on the Mall in 2007 – no photoshopping here.)

Hearing Obama continually invoke “liberty” in his inaugural address is as grating as hearing Richard Nixon praise honesty in government.

Some “poet” read a long list of images that were supposed to inspire people. If that is the type of poem that Washington cherishes, this is one more reason to abolish the National Endowment for the Arts. 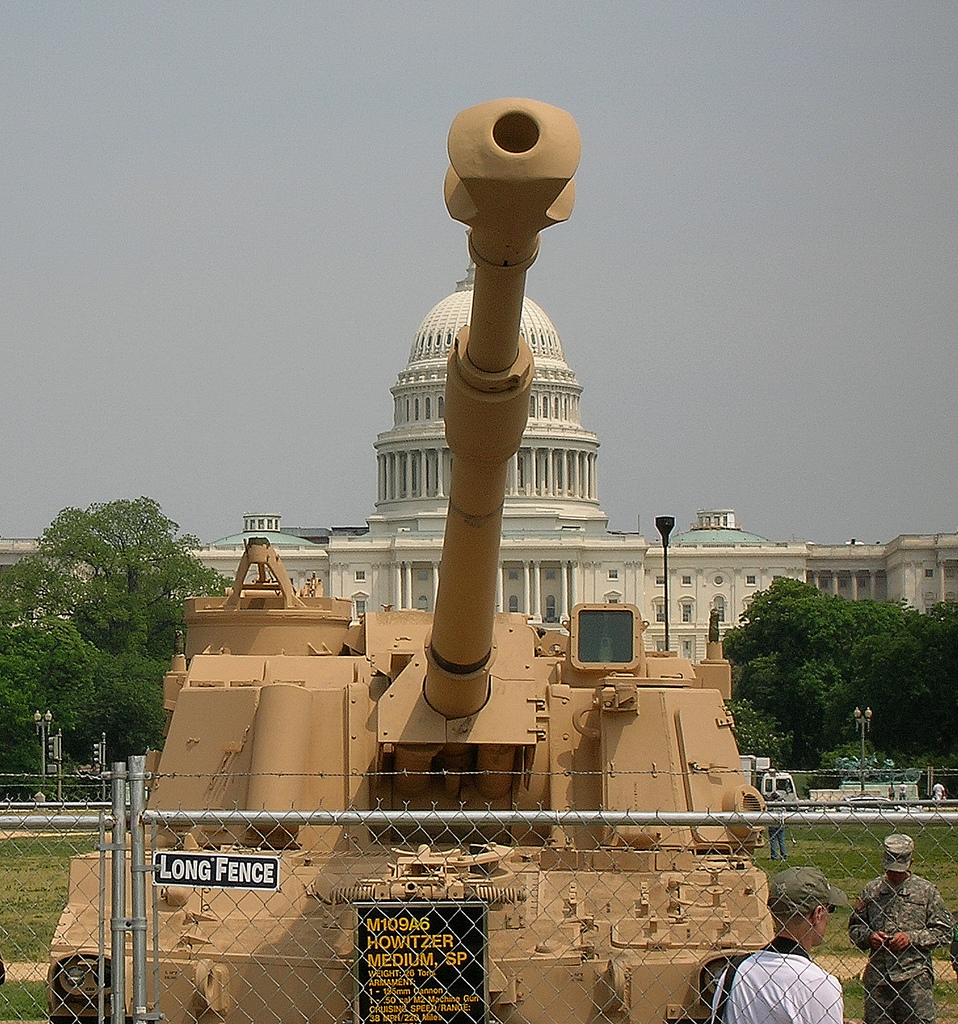 One Response to Unseen at Today’s Inaugural