Talk show host Jan Mickelson and I had fun ragging on the Agriculture Department bogus bonanza  on Iowa’s WHO radio this morn.  Agriculture Secretary Tom Vilsack is the former governor of Iowa, but I’m pretty sure Jan won’t be giving him any blurbs any time soon.

In the second segment of the 19 minute interview, Jan prodded me to tell the story of how I dodged an Iowa Job Trainers lynch mob. 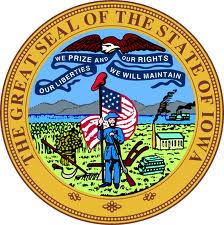