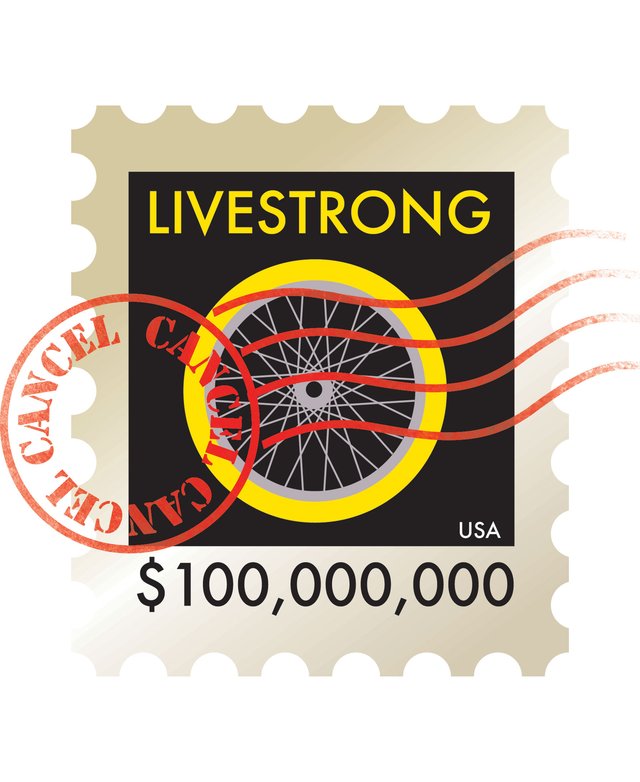 BOVARD: ‘We deliver’ NOT!

The Justice Department on Tuesday joined a lawsuit accusing Lance Armstrong of defrauding the U.S. government. The U.S. Postal Service spent $40 million sponsoring Mr. Armstrong’s bicycling team from 1996 through 2004, including the years when he won six Tour de France titles. Mr. Armstrong is being sued under the False Claims Act, which could provide the feds with triple damages if they win — more than $100 million.

The cycling champion recently publicly confessed to using prohibited substances while racing, violating the agreement his team had with the feds. He and others engaged in a long series of denials and charades to cover up their cheating. The Justice Department’s court filings charge that Mr. Armstrong and co-defendants “knowingly conspired to present or cause the presentation of false or fraudulent claims, or to make, use, or cause to be made or used, false records or statements material to false or fraudulent claims.”

As someone who has written about the Postal Service off and on for 35 years, that conspiracy charge sounded to me like a good summary of the Postal Service’s own public relations strategy. The Postal Service has been caught time and again lying about its delivery speed. The Postal Inspection Service concluded that Postal Service advertisements for Priority Mail falsely implied that two-day national delivery was guaranteed — even though postal officials knew that delivery routinely takes three or more days. However, as Postal Regulatory Commission Chairman Ruth Goldway observed, because the Postal Service is a federal agency, it “does not have to … comply with the Federal Trade Commission’s truth-in-advertising rules.”

Nothing that Mr. Armstrong did has hurt the Postal Service’s image 1 percent as much as the perpetual, intentional slowdowns of first-class mail. At a high-level meeting in 1969, postal management decided “to no longer strive for overnight mail delivery and to keep this a secret from Congress and the public,” according to The Washington Post. In 2000, four years after it began sponsoring bike racers, the Postal Service quietly slashed delivery targets in much of the nation for first-class mail — scorning a federal law requiring the “highest consideration” to providing speedy mail delivery. First-class mail delivery is now more than 20 percent slower than it was in the 1960s. In late 2011, the Postal Service suggested it might phase out next-day mail delivery across the board and recently proposed ending Saturday delivery.

Shortly before it began sponsoring a bike-racing team, the Postal Service was a poster boy for the Clinton administration’s “Reinventing Government” campaign. President Clinton declared, “There’s no reason that we can’t have a post office where you always get served within five minutes of the time you walk up to the counter.” This made a nice applause line, and the Postal Service made a brief, half-hearted effort to fulfill that pledge. Postal management “solved” that problem a few years ago by removing clocks from post office lobbies around the country — making it more difficult for customers to track delays.

The Postal Service has often acted as if mail delivery is a mere nuisance distracting from a single-minded pursuit of pensions. The Government Accountability Office (GAO) reported in 2006 that the Postal Service fails to “measure and report its delivery performance for most types of mail.” The GAO also found that the PostalService’s “outdated standards are unsuitable as benchmarks for setting realistic expectations for timely mail delivery, measuring delivery performance or improving service, oversight and accountability.”

Mr. Armstrong has never been accused of throwing tacks in the road to sabotage competitors, but this is the first refuge for the Postal Service, and its lawyers are faster than its carriers. The Postal Service has a monopoly over letter delivery (with a limited exemption for urgent, courier-delivered letters costing more than $3). No matter how often the Postal Service slashes its standards, it’s still a federal crime to provide better mail service than the government. The Postal Service even tried to claim email was a violation of its monopoly, but the Federal Communications Commission rebuffed that power grab.

In its lawsuit, the Justice Department claims that the Postal Service is entitled to “recoup the tens of millions of dollars” the service paid Mr. Armstrong’s team “based on years of broken promises.” At this point, there is no longer any doubt that the cyclist is a liar. It is difficult to see how his chicanery hurt Uncle Sam, in contrast to the individuals that Mr. Armstrong maliciously sued to punish them for telling the truth about his doping. It never made any sense, though, for the Postal Service to bankroll a bicycle-racing team at the same time that its own employees were widely perceived as a bunch of slackers.

While the Justice Department has unlimited resources to pursue Mr. Armstrong, there is no way for average Americans to recoup all the losses they have suffered from delayed mail, lost letters and damaged packages thanks to the U.S. Postal Service. Nor will Americans ever have a chance to vigorously cross-examine a long series of postmaster generals and their congressional accomplices who drove the national mail service into the ditch. The False Claims Act should be amended to permit Americans to sue federal agencies and drop legal hammers on political appointees who try to sweep truth under the rug.