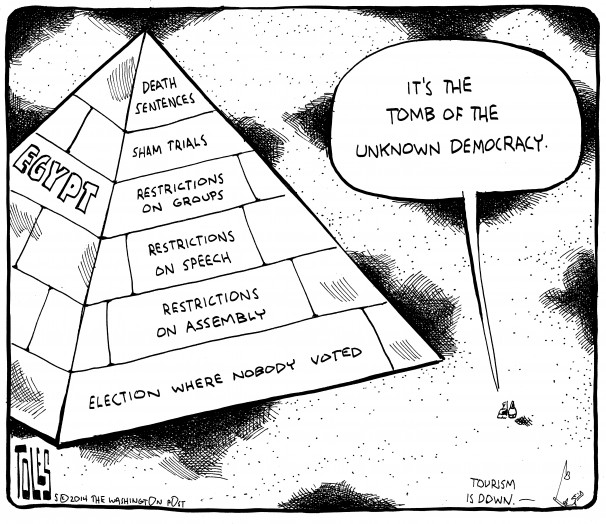 This Tom Toles’ cartoon from the Wash. Post nicely captures the latest election absurdities in Egypt.

We don’t have ancient pyramids in this country, but the ruling class is similarly imposing layer after layer of BS on elections.

Many Americans already believe that we have an “unknown democracy.”

How many absurdities can a democratic system endure before its credibility completely collapses?