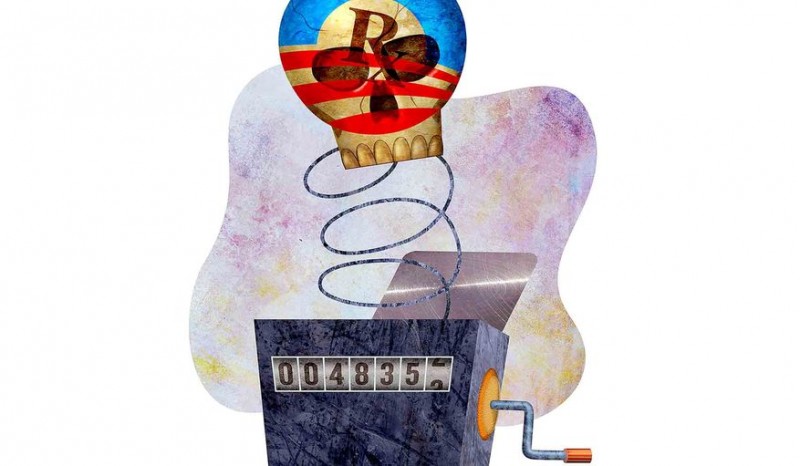 Gruber and the Shenanigans of Leviathan

The closer intellectuals get to power, the more they deceive

Democratic politicians and the liberal media are scrambling to curtail the damage from Obamacare architect Jonathan Gruber’s proclamations on stupid voters and deceitful legislative tactics. A New York Times editorial dismissed Mr. Gruber’s comments as “impolitic” while the New Republic largely exonerated him as an “independent-minded professor” devoted to the public good. However, the “nothing to see here, move along” defense is doomed to fail.

Mr. Gruber’s comment that “lack of transparency is a huge political advantage” could do permanent damage to the administration’s credibility. White House spokeswoman Jessica Santillo retorted, “The Affordable Care Act was publicly debated over the course of 14 months, with dozens of congressional hearings, and countless town halls, speeches and debates.” President Obama exonerated the process by declaring on Sunday that “we had a yearlong debate” over the proposed law.

But to assume that the process was transparent because “hearings were held” is like claiming that political campaigns are honest because “speeches were made.” It doesn’t matter how many hearings occurred if the administration conned Congress and the American people on the key assumptions underlying the law. This is akin to prosecutors who withhold exculpatory evidence from a defendant and then insist that a wrongful conviction must not be overturned because “a trial was held.”

Mr. Gruber has been christened “the Oracle of Obamacare,” and he boasted in 2009 of his “black box” computer program he used to gin up the numbers to support the Obama legislative agenda. The Washington Post reported that one official involved in crafting the Obamacare legislative package “said Gruber and his staff of three could provide answers overnight, when it often took weeks to run the same questions through the Office of Management and Budget or the Congressional Budget Office.”

Mr. Gruber was hired to provide intellectual cover for one of the greatest power seizures of modern times. He was endlessly touted as a genius from the Massachusetts Institute of Technology — Senate Majority Leader Harry Reid labeled Mr. Gruber “one of the most respected economists in the world.” If he had hailed instead from Appalachian State University, politicians and pundits would have asked far more questions about the “black box” that spun out the numbers to make the Obamacare legislative proposal seem nondisastrous.

Invoking a secret computer model is more suasive in today’s Washington than the tricks Merlin the magician practiced in King Arthur’s court. Econometrics has long been a tool to sanctify almost any half-witted intervention politicians favored. For instance, the farm lobby has never lacked arcane models crafted by government agricultural economists proving that America benefits from paying farmers more than their crops are worth.

Mr. Gruber had a record as an intellectual grifter long before the latest controversy. The Washington Post complained in 2009 that Mr. Gruber lied to its staff about not being a paid government consultant when he wrote an op-ed on Mr. Obama’s health care proposal. The New York Times also groused that Mr. Gruber dissembled by withholding that information when he did an opinion piece for the newspaper. Liberal icon Glenn Greenwald and the FireDogLake website detailed the controversy over Mr. Gruber’s hidden government payoffs in early 2010.

Still, that taint did nothing to prevent Mr. Gruber from subsequently pocketing millions of dollars in consulting fees from state governments anxious to exploit his cachet to jam new health care regimes down taxpayers’ throats.

Mr. Gruber described one key Obamacare provision as a “very clever basic exploitation of the lack of economic understanding of the American voter.” Mr. Obama promised that his health care program could expand coverage and curtail spending. There was no way, though, to simultaneously increase demand and slash costs — except by destroying freedom. But freedom is irrelevant to the iron-fisted paternalists. Millions of canceled insurance policies do not even rate an asterisk in the whiz kid models.

Unfortunately, contemporary Washington is calibrated to defer to experts who defer to politicians, providing an intellectual Praetorian Guard for the constant growth of a leviathan. As Denver University professor David Ciepley noted, “Starting in the First World War, and much more so during the New Deal and World War II, American social scientists became part of the autonomous state themselves, helping staff the mushrooming government agencies.” The closer that intellectuals get to politicians, the more weaselly they usually become.

Playing off Mr. Gruber’s derision of average Americans, one wag suggested a new acronym — L.I.E. — for Low Information Experts. Mr. Gruber and many other professors have gotten rich by pretending that government is far more competent than it actually is. Economist Robert Skidelsky, writing about the history of modern socialism, observed that “the collectivist belief system existed independently of the facts of modern life.” The same is true of the academic cadre who profit by vindicating endless government interventions that breed chaos and dependency.

The shenanigans by which Obamacare was enacted vivify how far this nation has fallen from the Founding Fathers’ ideals. We increasingly have a caretaker democracy in which rulers dupe and punish citizens for their own good. Supposedly, voters still enjoy self-government because they are permitted a token choice in who will deceive and shackle them.

Thanks to Greg Groesch for the great art work