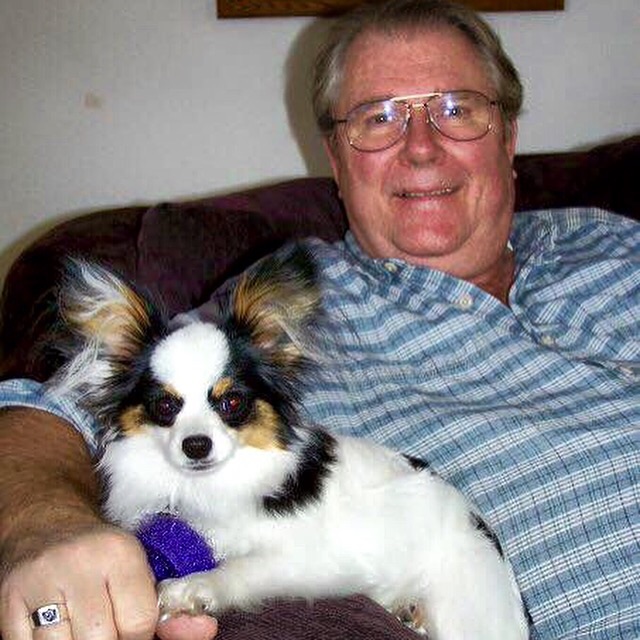 One of the heroes of the Waco fights of the 1990s has passed away.  Mike McNulty did more than any other single person to doggedly pursue the truth about Waco.  And he produced or co-produced a number of superb films that vividly and compelling explained why the feds were lying about the carnage they unleashed in Texas.  And he fed great information to me and other journalists – as well as sometimes impatiently pushing us forward, urging us to turn over more rocks. (I think my sense of humor puzzled or irked him at times during our phone calls, but I came out on the right side of the issue, so he usually tolerated me pretty well.)  Mike was never cowed by official bullshit or by the strutting and intimidation attempts by lawmen or political appointee poohbahs.  Mike helped Janet Reno get the legacy she deserved.

I quoted Mike at length on an article on the Waco coverup that came out in the Washington Times on the morning of the Oklahoma City bombing, April 19, 1995:

Other investigators are also raising questions about the government’s possible role in killing the Davidians. Michael McNulty, chairman of the Citizens Organization for Public Safety, of Fort Collins, Colo., has conducted an extensive analysis of videotapes on the final assault, as well as interviews with forensic scientists and Davidian survivors.

Mr. McNulty believes FBI snipers shot Davidians on the morning of April 19 as they were running out of the back of the compound to escape the CS gas. (During the FBI-Randy Weaver confrontation a few months before the Waco conflict, one FBI SWAT team member summarized the rules of engagement as “if you see ’em, shoot ’em,” according to a confidential Justice Department report). Mr. McNulty argues that infrared videotape indicates that the tanks may have pushed the bodies of the slain Davidians back into the building before the fire began. (Mr. McNulty has portions of the tape, but there are significant gaps that the government has refused to release).

Mr. McNulty also believes the FBI intentionally ignited two fires in the compound the final day with pyrotechnic devices. He says that FBI pyrotechnic devices were fired into areas inundated with CS gas particulates at precisely the same time that fireballs exploded from the back of the gymnasium. According to Army manuals, there is a significant risk of flammability from CS gas particulates. For instance, Army field manual FM-21-27 states on page 21: “Warning: When using the dry agent CS-1, do not discharge indoors. Accumulating dust may explode when exposed to spark or open flame.”

Here’s my thumbnail on first meeting Mike from Public Policy Hooligan during the congressional hearings on Waco in July 1995:

“Hanging around the hearing room, I met activists who were doing a great job of raising Cain on Waco. Mike McNulty, a stalwart Mormon and gun rights zealot, was taping the proceedings for possible use in a future movie. I had quoted Mike in Lost Rights and in a few articles.  Along with Dan Gifford and William Gazecki, Mike was one of the masterminds behind the film “Waco: Rules of Engagement,” would later win an Emmy and was an Oscar finalist for best documentary. I also met David Hardy, a genial, ceiling-tall, bald-headed lawyer who used the Freedom of Information Act to demolish the ATF’s and FBI’s official narratives. I had lunch a time or two with Jim Pate, a jolly 30-something reporter from North Carolina who was working as a consultant for ABC News. Pate would be summoned to testify at the Timothy McVeigh trial because McVeigh had several Soldier of Fortune magazines with Pate’s Waco articles in his car when he was arrested.”

Mike did not stop digging after Congress washed its hands of Waco:  “In late summer 1999, Waco re-exploded on the nation’s political radar. Mike McNulty, trolling in the Texas Rangers’ warehouse of Waco evidence, discovered several military-style pyrotechnic rounds the FBI had fired into the Davidians’ home during the final assault. Janet Reno and the FBI had previously denied using the type of devices practically designed to incinerate their targets. A former high-ranking CIA official reported that the Pentagon’s elite Delta Force troops were on the scene and participating in the final day’s conflict.”

Janet Reno siderailed that controversy by appointing a former senator and kowtowing preacher John Danforth to lead an independent investigation to prove that the FBI had done nothing wrong at Waco.  Mike counterpunched Danforth’s whitewash with another film – “the FLIR. Project” – discussed in the 2001 Washington Times op-ed posted at the bottom of this remembrance blog.

The full version of the 1997 film, “Rules of Engagement,” which Mike is viewable on Youtube & below –

Here is the FLIR project –

April 19 is the eighth anniversary of the final FBI assault on the Branch Davidians at Waco, Texas. For almost a decade, politicians and bureaucrats have sweated to withhold key information about that day’s events from the American public. But the ghost of Waco may be rising from the grave once more to place its ice-cold hand again on the neck of the Washington establishment.
Back in September 1999, Attorney General Janet Reno handpicked former U.S. Sen. John Danforth to finally put the wooden stake in the heart of the Waco issue once and for all. Mr. Danforth, operating supposedly as an independent counsel,did his pious best – and raced to release his report last summer just as he became rumored a top prospect to be Mr. Bush’s vice presidential candidate. Mr. Danforth basically exonerated the feds, saving his scorn for low-life Americans who dared criticize the government tank assault and gassing of the women, children, and men in the Davidians’ home.

A key issue for Mr. Danforth’s investigation was whether FBI agents fired on Davidians during their final attack. Rhythmic patterns on Forward Looking Infrared (“FLIR”) tapes made by an FBI plane strongly suggested automatic weapons fire came from positions near the FBI tanks. Mr. Danforth persuaded federal Judge Walter Smith to conduct a re-enactment last year of the final day’s action. Mr. Danforth then proclaimed that the film from the re-enactment proved beyond a doubt that federal agents did not shoot at Davidians – in large part because the muzzle flashes on the re-enactment were much shorter than the shots from the April 19, 1993, tape.
A new film, titled “The F.L.I.R. Project,” produced by Mike McNulty (one of the masterminds behind the Academy Award 1998 finalist documentary, “Waco: Rules of Engagement”) reveals fatal flaws in Mr. Danforth’s re-enactment. (The film is available at www.flirproject.com).

On April 19, 1993, FBI agents relied on a commercial, off-the-shelf ammo – the type that would be used by any hunter or shooter. For the March 19, 2000, Danforth-FBI re-enactment, the FBI used military-issue ammunition that had a special chemical coating on the gunpowder to reduce muzzle flash (helpful in preventing soldiers being detected in combat). The military ammo thus had a built-in flash suppressant.

Since a key issue was the length of the muzzle flashes, using flash-suppressing ammunition ensured that the re-enactment would be a farce.

The Danforth-FBI re-enactment further biased the test results by having the FBI agents use weapons with a 20-inch barrel – instead of weapons with 14-inch barrels that agents carried on April 19, 1993. The longer a weapon’s barrel, the less muzzle flash will be shown from each shot.

Again, this is a tricky way to do an accurate re-enactment. But the re-enactment produced the politically correct result and Mr. Danforth proceeded to denounce the American people for thinking bad things about their federal masters.

No doubt Mr. Danforth, the FBI and others will continue to insist there was no gunfire by FBI agents on April 19, 1993. But if the feds are innocent, why have they gone to such absurd lengths to fix the jury? The $12 million in tax dollars that Mr. Danforth spent for his Waco investigation should have been categorized as part of the public relations budget of the FBI and Justice Department – or perhaps as a line item expense in the Clinton Legacy Project.

These revelations come on top of information that has already surfaced showing the Danforth investigation to be a sham. Mr. Danforth personally chose Vector Data Systems to carry out the tests, with U.S. military assistance, and to evaluate the results. Mr. Danforth repeatedly identified Vector as independent British company. But Vector is actually owned by Anteon, a large American corporation that on its Web page boasts of contracts with 50 federal agencies, including the White House Communications Agency.

A new book by former federal attorney David Hardy further debunks the government’s Waco fairy tale. “This Is Not An Assault” provides fascinating inside details on how private investigators squeezed out damning information on Waco – how federal judge Walter Smith stifled lawyers at the trial last year to prevent jurors from learning of more than 100 items of evidence embarrassing or potentially incriminating the federal government – and how Republican congressmen (such as Dan Burton) and aides cowered and effectively aided the Clinton administration cover-up. Mr. Hardy’s skill in hammering federal agencies with Freedom of Information Act requests was a decisive factor in making Waco a hot political potato in 1999. Mr. Hardy’s book will be soon available at www.xlibris.com.

If President Bush and Attorney General John Ashcroft want to restore the faith of the American people in the federal government, they must open the vaults on Waco. Neither Mr. Bush nor Mr. Ashcroft should have any incentive to cover up the outrages of Miss Reno and other Clinton administration officials. On the other hand, if Mr. Bush and Mr. Ashcroft do not have the will or gumption to force the FBI, the ATF, and the Justice Department to come clean about Clinton era abuses, what hope can we have of their honesty regarding any abuses occurring after Jan. 20?

James Bovard is the author of “Feeling Your Pain: The Explosion & Abuse of Government Power in the Clinton-Gore Years” (St. Martin’s Press).