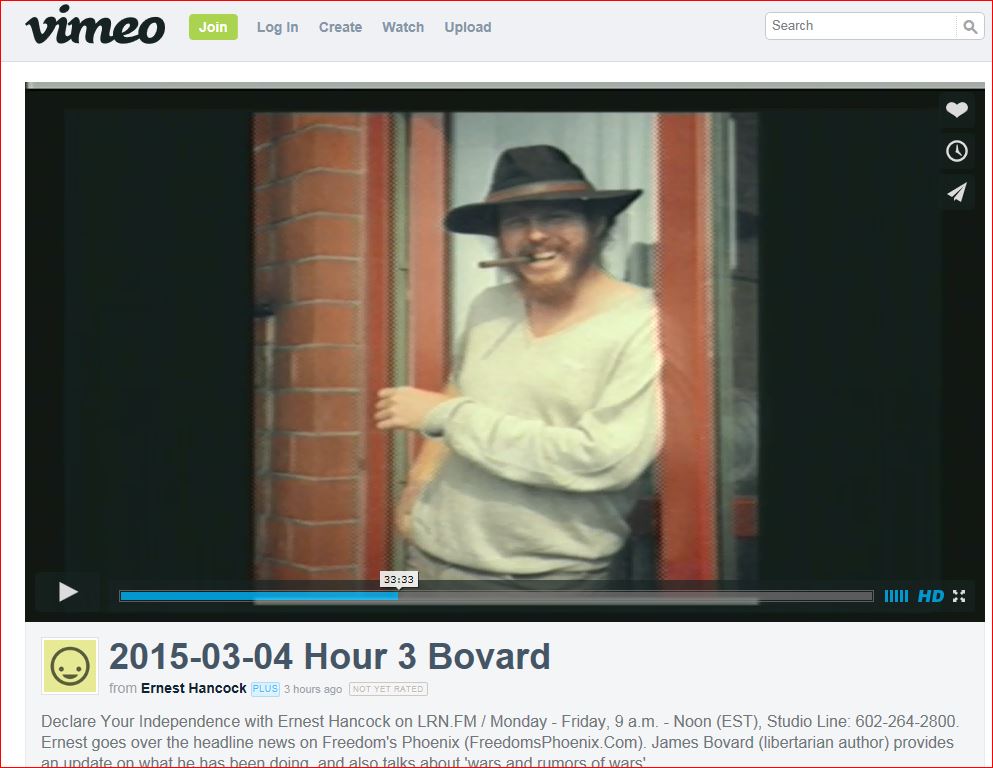 FreedomsPhoenix hellraiser-in-chief Ernie Hancock, the next mayor of Phoenix, had me on his radio show today.   I always like to be on Ernie’s show because that’s the only place that people hear me and think that I am mellow. (Ernie’s show is also broadcast on the Liberty Radio network.)

Ernie’s expectation of a mushroom cloud is not as optimistic as his usual self.  My foreign policy comments will likely get me labeled a Sunni stooge.

A few of my comments:

*”It’s appalling that there has been no lasting backlash from Edward Snowden’s revelations of illegal federal surveillance…. That encourages congressmen to become even more contemptuous of Americans’ rights and liberties.”

*”The Obama administration’s Libyan debacle was the result of its three bloodthirsty Lady MacBeths – Hillary, Susan Rice, and Samantha Powers.”

*”I don’t understand how the government has retained any credibility with anyone on any subject.”

In one of the MP3s below, we had a lively exchange contrasting Ron Paul & Rand Paul and looking at Rand’s prospects for 2016.

I emailed an apology to the Hillary Clinton campaign for the off-color joke about the “Stand with Hillary” country song/campaign spiel.

Below is the  full version of today’s show on Vimeo.  Ernie (or his wife Donna, his great producer) rounded up some photos of me from the last decade or two and used them as illustrations.

Here are a couple MP3 clips from today’s shows –