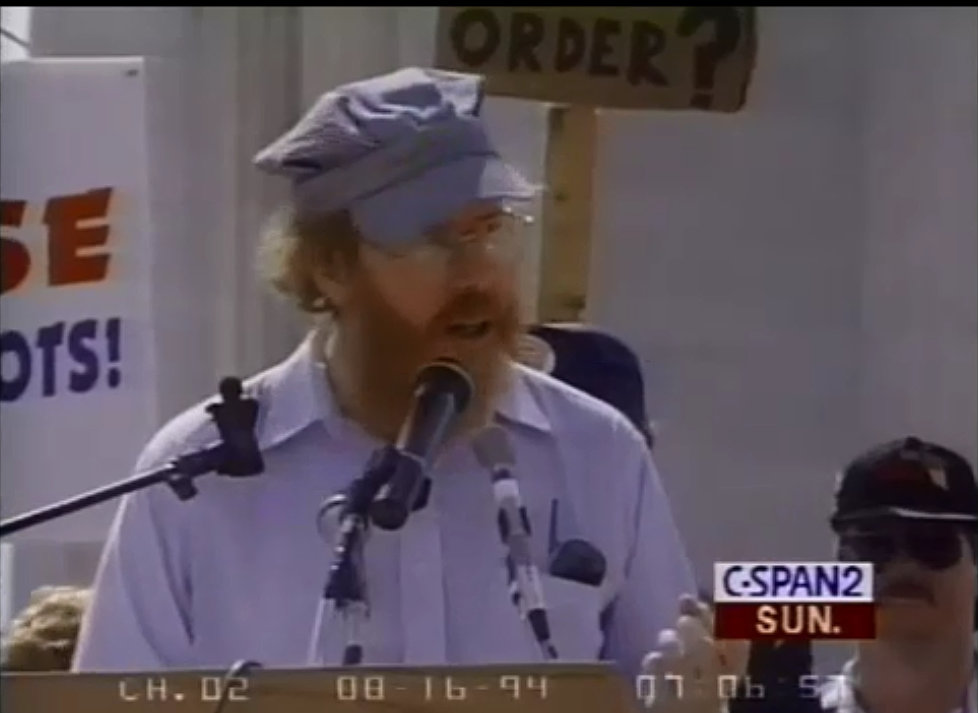 On August 14, 1994, President Bill Clinton told a Washington church audience that it was “the will of God” that Congress approve his anti-gun crime bill. The same day, thousands of angry gun owners converged on the National Mall for a rally in favor of the Second Amendment. The crowd stretched far along both sides of the Reflecting Pool and attendees waved signs proclaiming “Tyrants Prefer Unarmed Citizens” and “Take a Bite Out of Crime, Abolish Congress.” I was definitely not one of the marquee speakers; actually, I received no introduction – the discombobulated emcee merely pointed at the podium, signaling that it was my turn. Thirty-one years earlier, Martin Luther King Jr. had given his “I Have a Dream” speech near the same perch in front of the Lincoln Memorial. But my talk was on the nightmare of permitting the feds to kill innocent people, trample the Constitution, and disarm their victims. Regardless, my tone that day may have qualified me to be the Token Moderate at the rostrum.

I closed my brief spiel by commenting on the federal debacle at Ruby Ridge that paved the way to Waco. Five months after this speech, FBI director Louis Freeh wrote letters to Wall Street Journal and Washington Times denouncing my articles on Ruby Ridge.

The Cspan video of the rally is here. My spiel starts about 18 minutes into this video. (When looking at the photos, I was surprised to notice that my railroad engineer cap looked frayed even back then.) 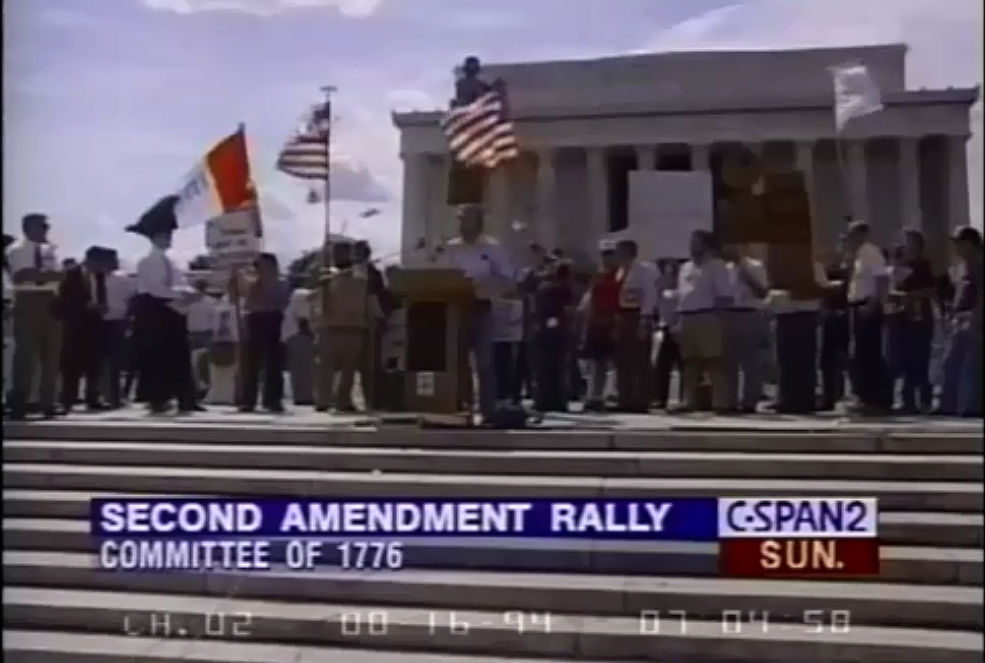 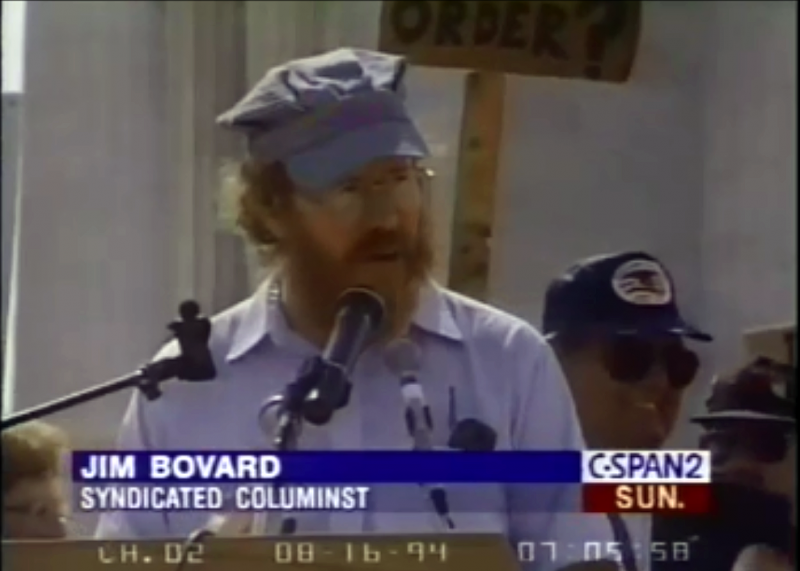 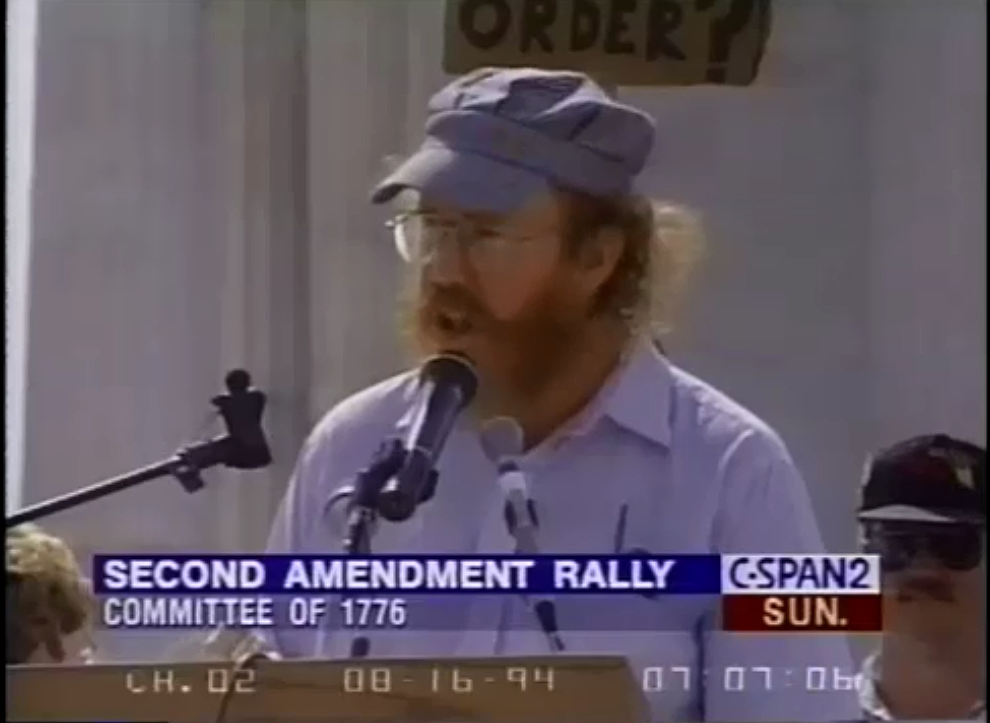 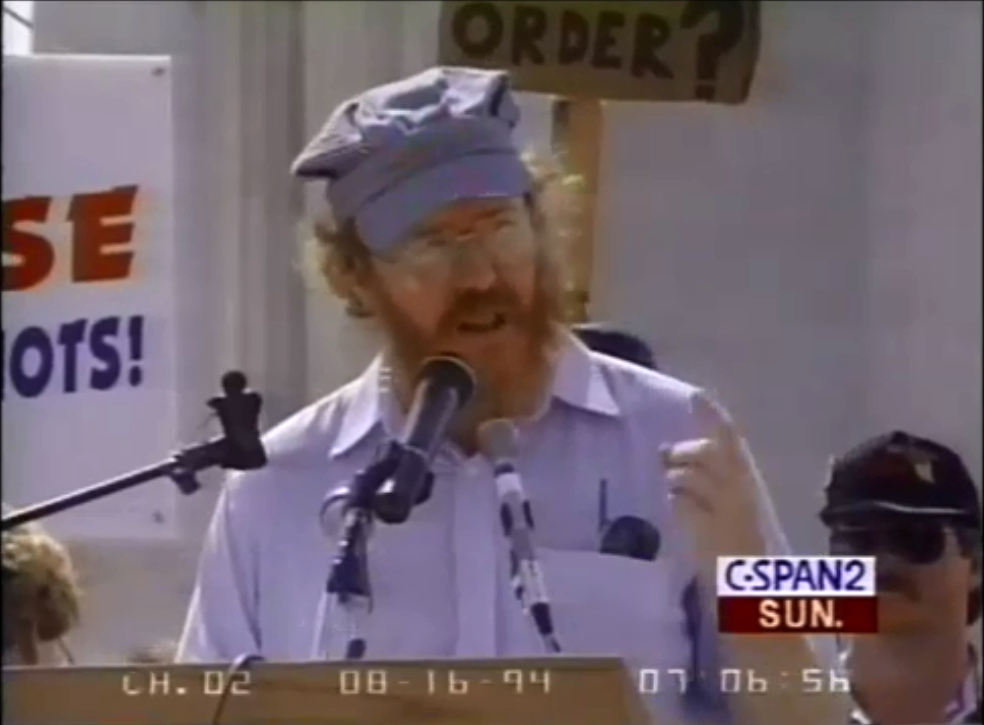 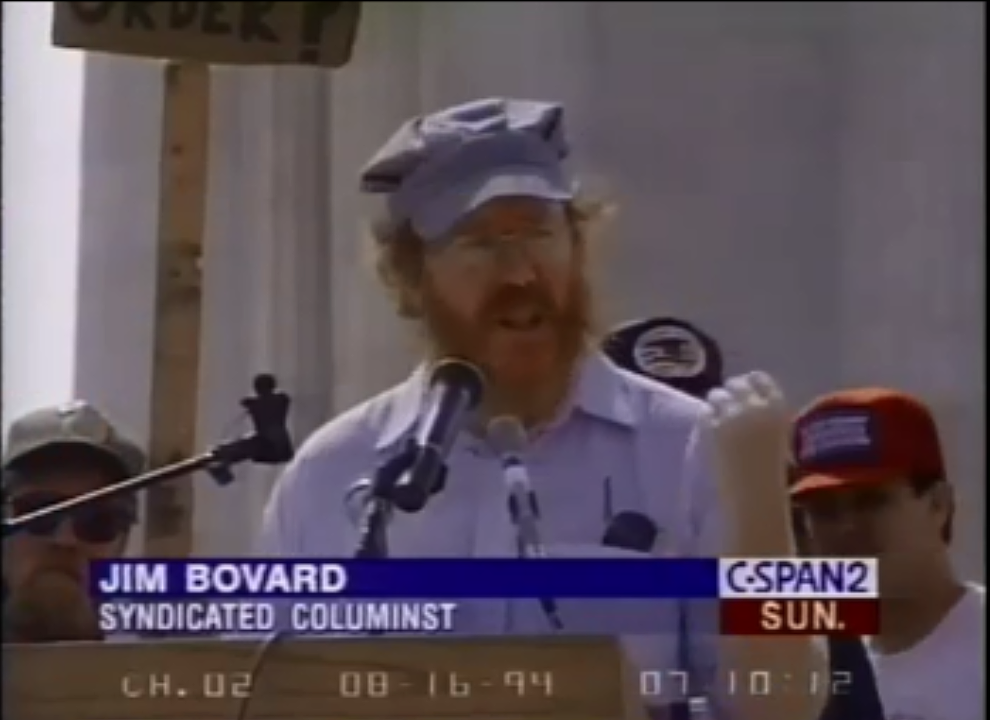 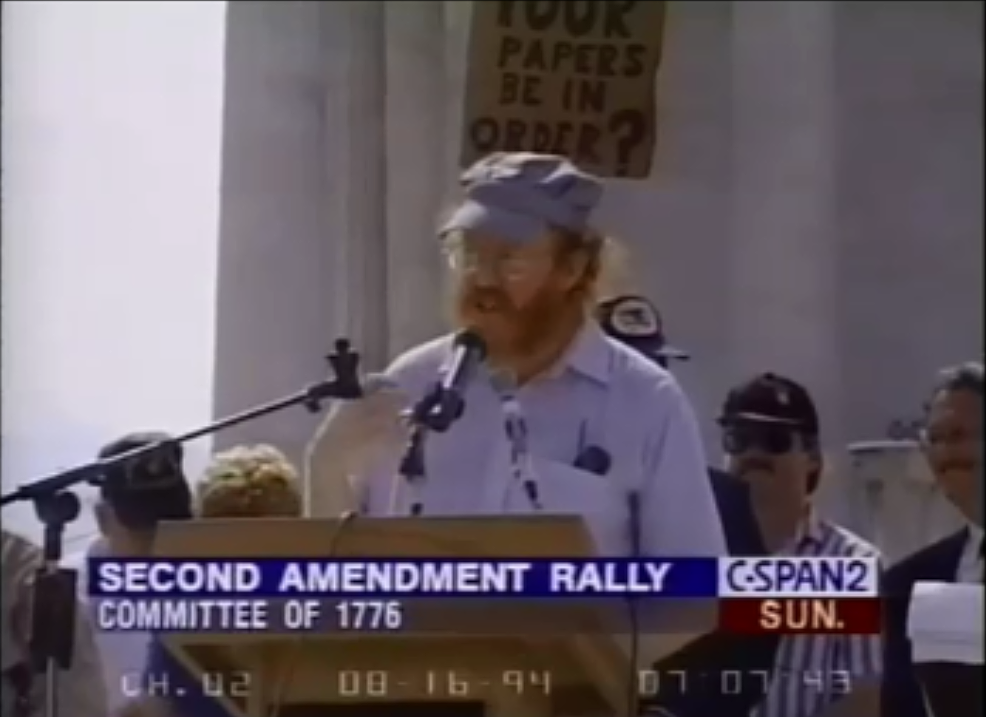 For more details on my brawls with the FBI, see Public Policy Hooligan. For links to most of my articles on Waco, Ruby Ridge, and guns in the 1990s, visit this page at jimbovard.com