Here’s a first take on a JPEG quote page for Bush Betrayal.  This is a work-in-progress, so I welcome suggestions. Other epigrams from that 2004 book are listed below the photo.  Not sure which lines are best to highlight…

**UPDATE: I added just below another version of the same quotes  – this one kindly crafted by Tom Blanton, the mastermind of the Project for a New American Revolution.  I’m curious which version folks prefer. 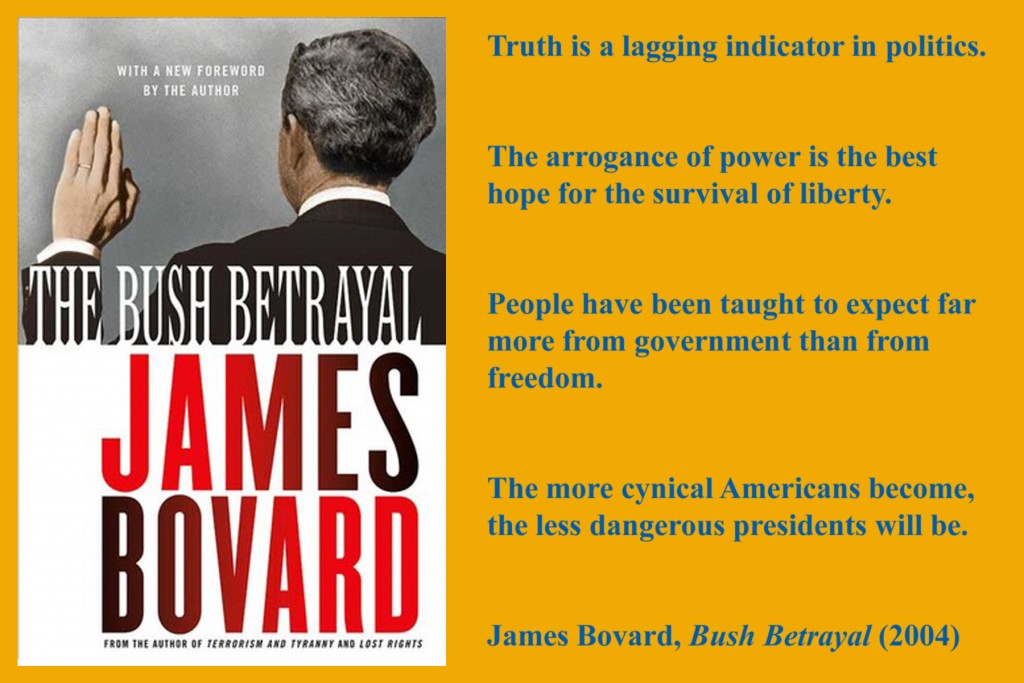 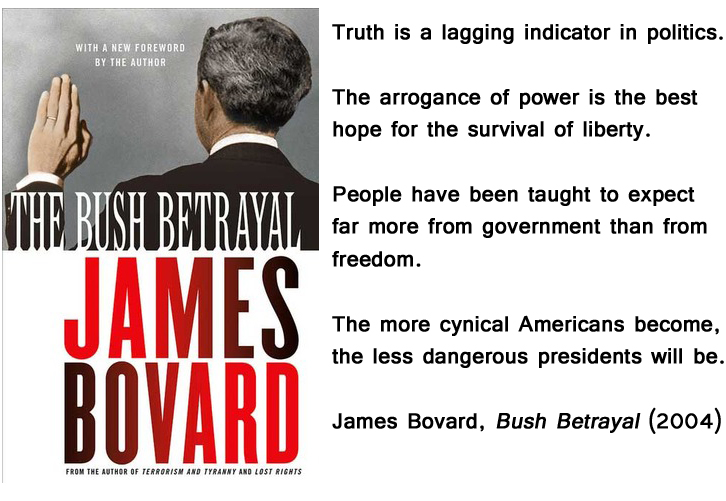 The issue is not which political party holds the reins, but whether the American people should be leashed by Washington.

Terrorism is the biggest entitlement program for politicians since the New Deal.

It will take more than the crushing of infidels to make America safe.

Elections will not safeguard freedom if voters are clueless on how politicians are trampling their rights.

No one is entitled to the amount of power presidents now possess over American citizens.

The key to contemporary freedom is that only the government has the right to break the law.

(I tweaked a few of the above lines to make them less starry-eyed.)