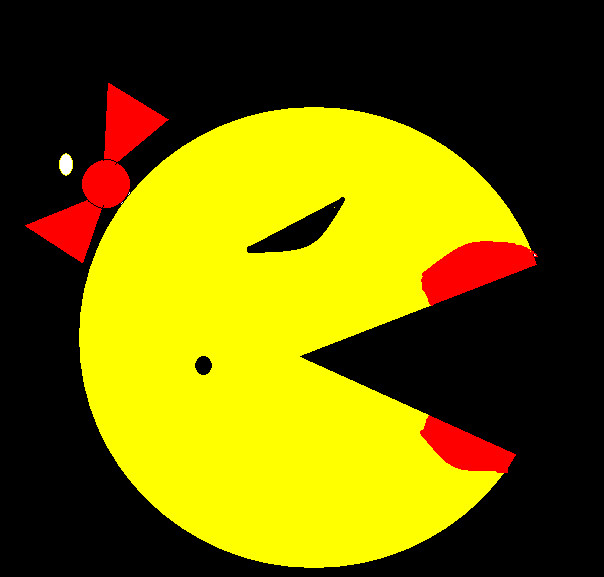 “Fat-O-Sphere” author Kate Harding announced plans to “vote with my vagina” for Hillary Clinton. Harding said  her voting was guided in part by her difficult menstrual cycles. I wonder who she would vote for if she was suffering from hemorrhoids. (Coincidentally, Mike Huckabee entered the presidential race this week.)

According to her life story in the DameMagazine article, Harding’s political epiphany was also shaped by a male gynecologist who she felt was insufficiently sympathetic to her south-side discomfort.  But, to prove that she is not a man-hater, she stresses: “I would absolutely not prefer the Sarah Palin of gynecologists over the Barack Obama of gynecologists, for perfectly obvious reasons.”  Personally, I’ve always preferred to keep all politicians away from my private parts.   Anyone who thinks that Congress can be trusted with such matters should look at the sordid history of the TSA.

Rather than fresh insights on Leviathan and liberty, Harding rests her political philosophy on a self-evident truth that went unmentioned in the Declaration of Independence: “There has never been a president who knows what it’s like to menstruate.”

Harding declares that, even if she did not like Hillary’s positions, “I would probably still vote for her just because she’s a woman.”  She ends her piece with a call for women to send their genitalia to the ramparts: “I refuse to listen to anyone who warns against “vagina voting,” when I’m 40 years old and have still never had the opportunity to vote with my damned vagina in a general election. American women have been [menstrual] bleeding for over 200 years while men tell us it’s no big deal, and a lot of us have arrived at the point where we just want someone with a visceral, not abstract, concept of what that means.”

So does Harding believe that, if Hillary is elected, no woman will ever suffer a painful period again? Instead of the 1928 presidential campaign promise of “a chicken in every pot,” will we hear next year that Hillary will banish ragtime blues from the land?

Spiked Online editor Brendan O’Neill has an excellent analysis of the would-be vagina stampede for Hillary at Reason.com:

This embrace of the gender card by Clinton and her cronies, this move from thinking with their heads to voting with their vaginas, is being celebrated as a great leap forward. It’s nothing of the sort. It merely confirms the speedy and terrifying shrinking of the political sphere in recent years, with the abstract being elbowed aside by the emotional, and the old focus on ideas and values now playing a very quiet second fiddle to an obsession with identity.***

Would a female leader likely be less bellicose than recent male presidents?  After the Monica Lewinsky scandal broke, Hillary Clinton only resumed talking to her husband when she phoned him and urged him in the strongest terms to begin bombing Serbia; the next day, Bill Clinton announced that the United States had a “moral imperative” to stop Serbia’s Milosevic, and the bombing began.  Alexander Cockburn observed in the Los Angeles Times: “It’s scarcely surprising that Hillary would have urged President  Clinton to drop cluster bombs on the Serbs to defend ‘our way of life.’   The  first lady is a social engineer. She believes in therapeutic policing and the  duty of the state to impose such policing. War is more social engineering, ‘fixitry’ via high explosive, social therapy via cruise missile…  As a tough therapeutic cop, she does not shy away from the most  abrupt expression of the therapy: the death penalty.”  In the Obama administration, Hillary, Samantha Powers, and Susan Rice have been among the biggest warmongers – with an unquenchable thirst to bomb Libya, Syria, and other nations.

What is the male equivalent of “vagina voters”?  Dickheads? On the bright side, maybe one of Hillary’s zealots will coin a catchy vagina-oriented version of the “hope and change” campaign promise.

Perhaps the greatest folly of “vagina voting” is the presumption that a candidate’s gender is more important than the fact that they are a politician. Politicians have been renowned for deceit for hundreds of years.  Hillary has a  long record of lying  – as do many, if not most, of the Republican males in the race. Politicians as a class conspire against the rights and liberties of citizens. And there is no evidence that certain genitalia immunizes a person against Powerlust. 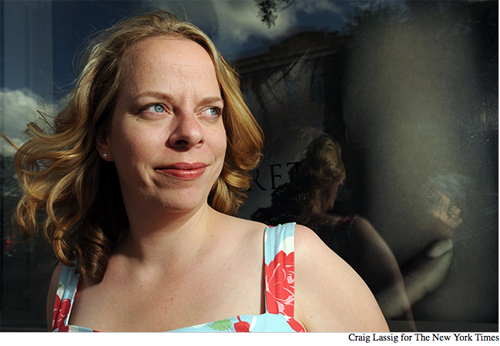 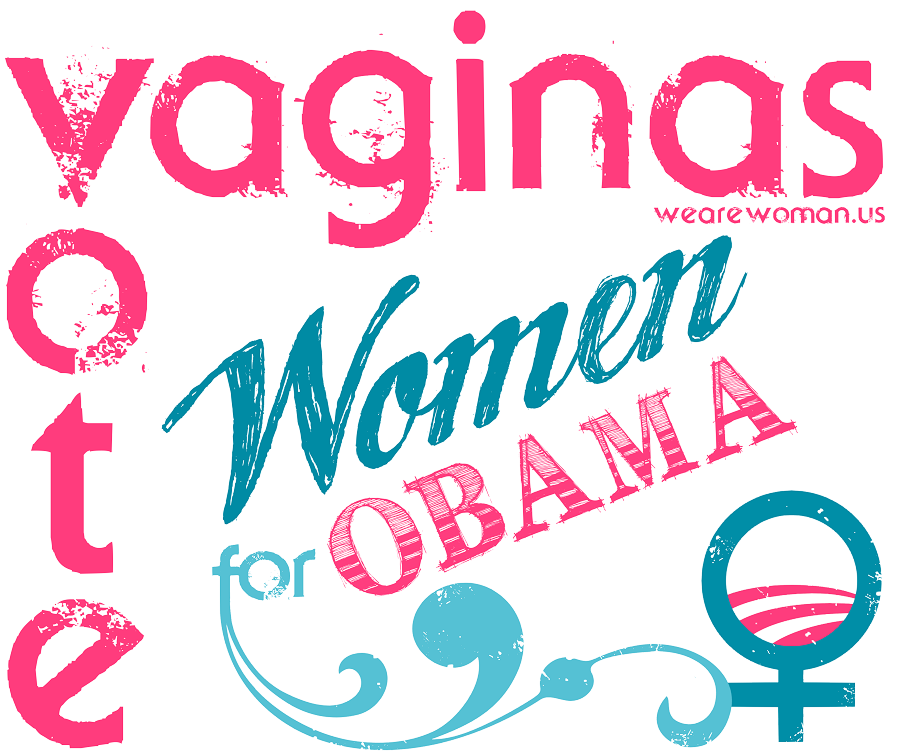 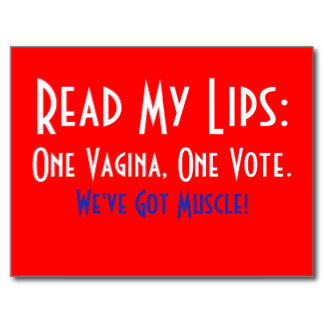