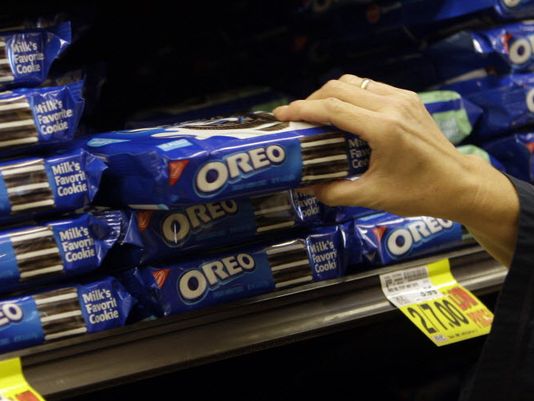 Presidential front-runner Donald Trump vows that he will “never eat another Oreo again” to protest the transfer of 600 cookie-making jobs from Chicago to Mexico. And Trump is 100% correct when he condemns the factory’s exodus: “It’s unfair to us.”

But the villains who have destroyed the jobs of American workers are Congress and the Department of Agriculture, not Nabisco and free trade. It is the very protectionist policies The Donald advocates to help American industry “win” again that caused the Oreo job losses he decries. Federal policy has long kept the U.S. price of sugar at double or triple that found in the world market. Food manufacturers such as Nabisco are hostage to a Byzantine combination of price supports and arbitrary import restrictions that make producing candy and other sweets far more expensive here than in Canada or Mexico.

Federal sugar policy costs consumers $3 billion a year in a failed effort to save the jobs of sugar growers even as the number of such farmers has declined by almost 50% in recent decades.

That’s bad enough, but sugar policy is one of Uncle Sam’s most successful job destroyers. The Commerce Department estimated a decade ago that “for each one sugar growing and harvesting job saved through high U.S. sugar prices, nearly three confectionery manufacturing jobs are lost.” Since 1997, sugar policy has zapped more than 120,000 jobs in food manufacturing, according to a study by Agralytica, an economic consulting firm. More than 10 jobs have been lost in manufacturing for every remaining sugar grower in the United States.

Our Trumpian sugar policy has been an obvious failure since the 1980s. Fifteen years ago, there was a brief uproar when Brach’s Confections announced it would close its Chicago factory and move much of the production to Mexico. In 2002, Life Savers closed its Michigan factory and moved to Canada. Hershey’s has also closed U.S. facilities and moved jobs abroad. Sugar prices were the culprit in each case.

Why would the feds continue a protection policy crushing American manufacturing? Campaign contributions. The sugar lobby showers Congress with money, including almost $50 million in campaign contributions and lobbying between 2008 and 2013 alone. In return, congressmen have licensed sugar growers to pilfer consumers at grocery checkouts and rob hardworking Americans of their jobs.

Our failed sugar policy illustrates why politicians cannot make trade more fair by making it less free. The economic arguments offered for sugar protectionism, like most trade barriers, are merely camouflage for political plunder. Every time Trump tries to save an American job through protectionism, he will make some Americans poorer at the same time that he puts even more jobs at risk.

James Bovard, author of Public Policy Hooligan and The Fair Trade Fraud, is a member of USA TODAY’s Board of Contributors.