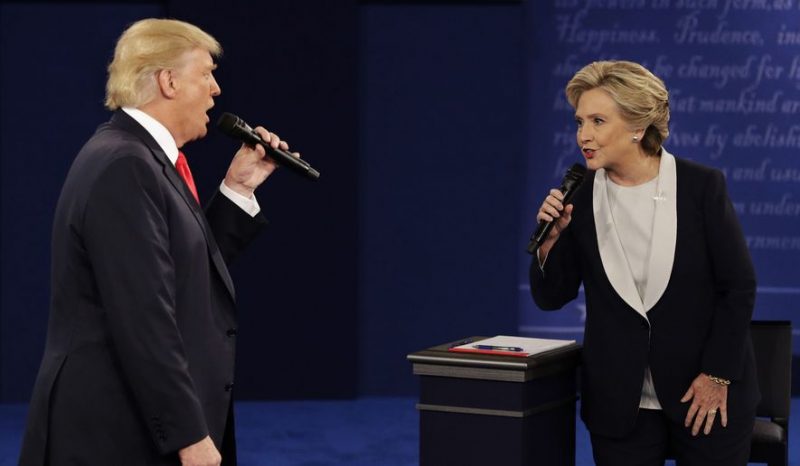 The 2016 election campaign is mortifying millions of Americans in part because the presidency has become far more dangerous in recent times. Since 9/11, we have lived in a perpetual emergency which supposedly justifies routinely ignoring the law and Constitution. And both Donald Trump and Hillary Clinton have signaled that power grabs will proliferate in the next four years.

Politicians talk as if voting magically protects the rights of everyone within a 50 mile radius of the polling booth. But the ballots Americans have cast in presidential elections since 2000 did nothing to constrain the commander-in-chief.

Bush’s declaration in 2000 that America needed a more “humble” foreign policy did not deter him from vowing to “rid the world of evil” and launching the most catastrophic war in American history. Eight years later, Barack Obama campaigned as the candidate of peace and promised “a new birth of freedom.” But that did not stop him from bombing seven nations, claiming a right to assassinate American citizens, and championing Orwellian total surveillance.

Bush was famous for “signing statements” decrees that nullified hundreds of provisions of laws enacted by Congress. Obama is renown for unilaterally endlessly rewriting laws such as the Affordable Care Act to postpone political backlashes against the Democratic Party and for effectively waiving federal immigration law. Both Bush and Obama exploited the “state secrets doctrine” to shield their most controversial policies from the American public.

While many conservatives applauded Bush’s power grabs, many liberals cheered Obama’s decrees. After 16 years of Bush-Obama, the federal government is far more arbitrary and lethal. Richard Nixon’s maxim – ‘it’s not illegal if the president does it’ – is the lodestar for commanders-in-chief in the new century.

There is no reason to expect the next president to be less power hungry than the last two White House occupants. Both Trump and Clinton can be expected to trample the First Amendment. Trump has talked of shutting down mosques and changing libel laws to make it far more perilous for the media to reveal abuses by the nation’s elite. Clinton was in the forefront of an administration that broke all records for prosecuting leakers and journalists who exposed government abuses. She could smash the remnants of the Freedom of Information Act like her aides hammered her Blackberry phones to obliterate her email trail.

Neither candidate seems to recognize any limit on presidential power. Trump calls for reviving the brutal interrogation methods of the George W. Bush era. Clinton opposes torture but believes presidents have a right to launch wars whenever they decide it is in the national interest. After Clinton helped persuade Obama to bomb Libya in 2011, she signaled that the administration would scorn any congressional cease-and-desist order under the War Powers Act.

If Americans could be confident that either Trump or Clinton would be leashed by the law, there would be less dread about who wins in November. But elections are becoming simply coronations via vote counts. The president will take an oath of office on Inaugural Day but then can do as he or she pleases.

We now have a political system which is nominally democratic but increasingly authoritarian. The Rule of Law has been defined down to finding a single federal lawyer to write a secret memo vindicating the president’s latest unpublished executive order.

By the end of the next presidential term, America will have had almost a 20-year stretch of dictatorial democracy. Our rulers’ disdain for the highest law of the land is torpedoing the citizenry’s faith in representative government. Forty percent of registered voters have “lost faith in American democracy,” according to recent Survey Monkey poll.

The United States may be on the verge of the biggest legitimacy crisis since the Civil War. Whoever wins on November 8 will be profoundly distrusted even before being sworn in. The combination of a widely-detested new president and unrestrained power almost guarantees greater crises in the coming years.

Neither Trump nor Clinton are promising to “make America constitutional again.” But, as Thomas Jefferson declared in 1786, “an elective despotism was not the government we fought for.” If presidents are lawless, then voters are merely designating the most dangerous criminal in the land.