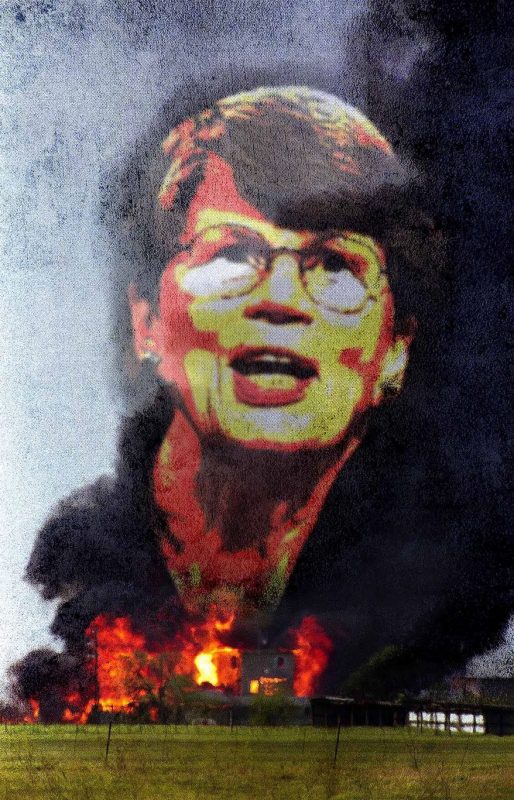 Former Attorney General Janet Reno passed away on Monday. While the media is awarding her sainthood as the first female attorney general, her eight years in office were a disaster for Americans’ rights and liberties. Miss Reno paved the way for many federal policies that are a pox in our times.

Miss Reno always saw government as the fount of all good and government employees as a Brahmin class. She told a group of federal law enforcement officers in 1995: “You are part of a government that has given its people more freedom … than any other government in the history of the world.” Miss Reno’s spin turned the Declaration of Independence on its head — as if freedom is a crumb that rulers sweep off their table as a favor for the citizenry.

In a 1996 speech to government prosecutors, Miss Reno declared: “All of you public lawyers are but little lower than the angels, and I salute you.” She showed her belief in angels in 1994 when she decreed that federal prosecutors would no longer be restrained by the ethics guidelines of state bar associations prohibiting all lawyers from contacting defendants directly without their lawyers present. Miss Reno’s power grab for federal prosecutors was unanimously condemned by the Conference of Chief Justices, representing all the state supreme courts.

As attorney general, Miss Reno stretched the law every chance she got in order to expand the lists of Americans punishable by the Justice Department. She was initially hailed as liberals’ Great White Hope — in part because she had publicly criticized federal drug laws that consign people to prison for nonviolent offenses. Miss Reno declared in 1993: “We’ve put often vast amounts of dollars into prisons, which are negative monuments against the landscape. Prisons are not an investment in our future.” During her reign, the population of federal prisons almost doubled. Miss Reno was initially deeply offended that mandatory federal penalties for crack possession were a 100 times harsher than penalties for cocaine. Yet, after the White House yanked her chain, she came out gung-ho in favor of the existing law — despite its severe disproportionate effects on blacks. When voters in California and Arizona supported the medicinal use of marijuana, Miss Reno threatened to punish any doctor who recommended cannabis to patients.

In October 1993, Miss Reno, upholding a long tradition of attorneys general in the forefront of excising the Constitution, called for government censorship of television violence. In Senate testimony, she warned: “If immediate voluntary steps are not taken [by television producers] and deadlines established, government should respond and respond immediately. We must move forward to set a schedule for compliance with proper standards, or government should set those standards.” Miss Reno did not say when she would be sending in the SWAT teams to take down Beavis and Butthead. But her intimidation tactics ensured her a tidal wave of positive press as a person who truly cared about children.

Miss Reno was the most anti-gun attorney general in American history up to that point. Her contempt for the Second Amendment knew no bounds: There was practically no gun control panacea floated on Capitol Hill or by liberal groups that she did not embrace. At the same time that she endorsed one scheme after another to forcibly disarm private citizens, her Justice Department bankrolled the militarization of police departments across the country.

Miss Reno was the chief law enforcement officer of an administration that vastly expanded government spying on private citizens. In 2000, controversy erupted over “Carnivore,” the FBI’s email wiretap software that allowed the agency to vacuum up vast amounts of private email — regardless of whether the feds have a search warrant. FBI officials “explained” the program’s ominous name by stressing that they never thought the public would learn of the program’s existence. Janet Reno took charge by announcing she would require the FBI to change Carnivore’s name.

Miss Reno’s most vivid legacy stems from her approval of the final FBI assault on the Branch Davidians on April 19, 1993 — an attack that ended with 80 dead men, women and children. In the summer of 1995, House Republicans held the first substantive hearings on Waco. The White House and congressional Democrats spent weeks trying to destroy the legitimacy and blacken the character of anyone who questioned federal action at Waco. Miss Reno appeared before the committee and acted indignant at any doubts about her wisdom and benevolence. The highlight her testimony was her declaration that the Bradley tanks that smashed through the Davidians’ ramshackle home should not be considered as military vehicles — instead, they were “like a good rent-a-car.” It was a routine law enforcement operation, except for the number of body bags needed afterwards. The media almost completely ignored her “rent-a-car” comment, instead praising her “holier than thou” demeanor and her refusal to admit that the feds shared any blame for a debacle that shattered millions of Americans’ faith in Washington.

America continues to suffer from the policies and precedents that Janet Reno unleashed in her eight years as attorney general. Her record offers endless proof that the federal government cannot be trusted to police itself. Unfortunately, that is a lesson that continues to go unheeded in our times.