Bombs hurt worse than mean words.  So folks are angrily protesting about Trump’s election. Why have almost none of these folks bothered protesting Obama’s wars? The US is bombing 7 nations right now – I would love to know how many anti-Trump protestors could name even 3 nations the US is bombing.  (Here’s a great video from FUSION on that subject). Here’s photos I took at a White House anti-Syrian war protest in 2013 – the hard-left ANSWER faction showed up & did a great job & stayed until Park Police rode into the crowd busting things up.  The crowd was loudly chanting outside at the same time that Obama made a radio speech announcing that he had decided to postpone bombing Assad.   And here’s a link to an oped on the case against bombing I did the following week for USA Today. Talking to folks at the demonstration spurred my thinking. 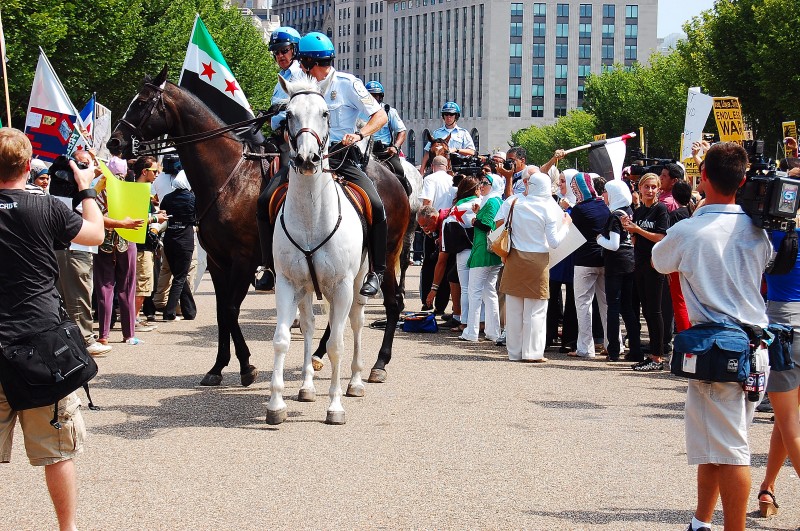 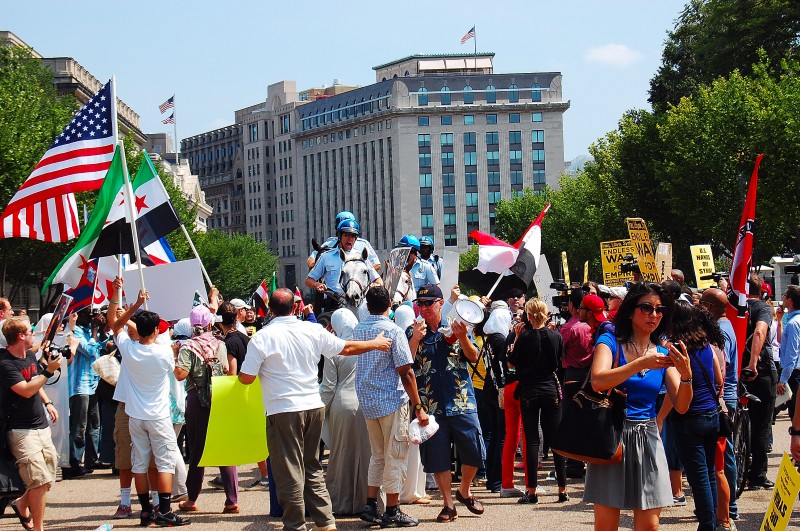 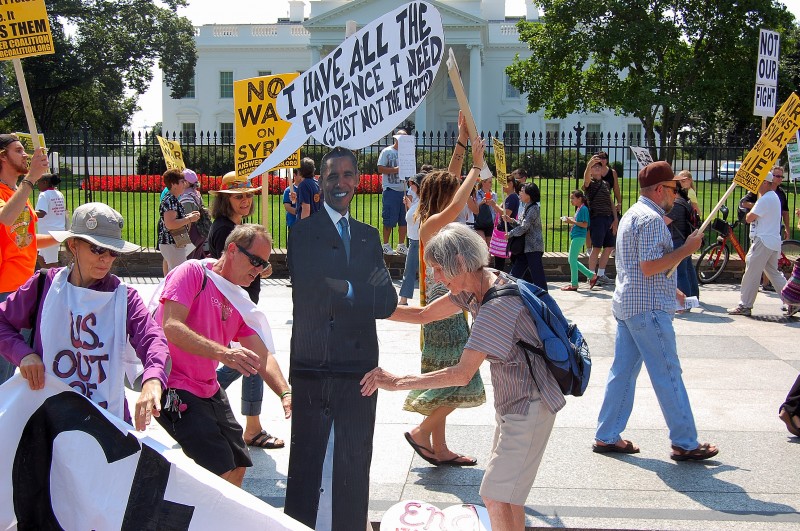 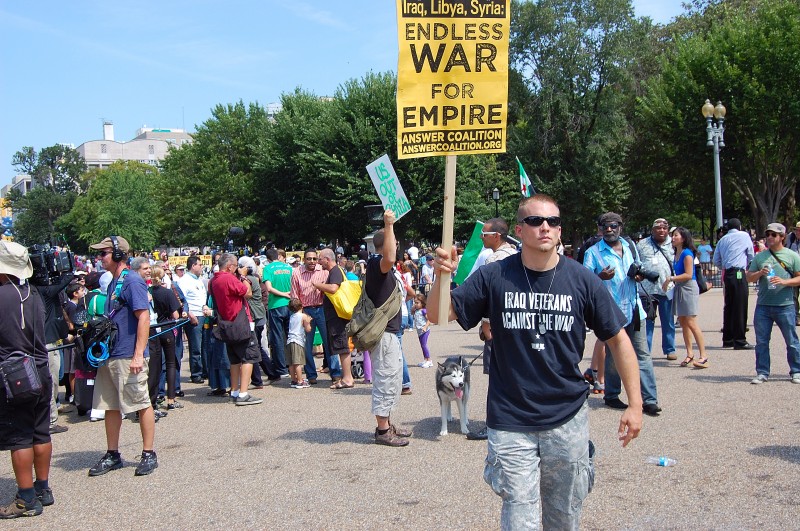 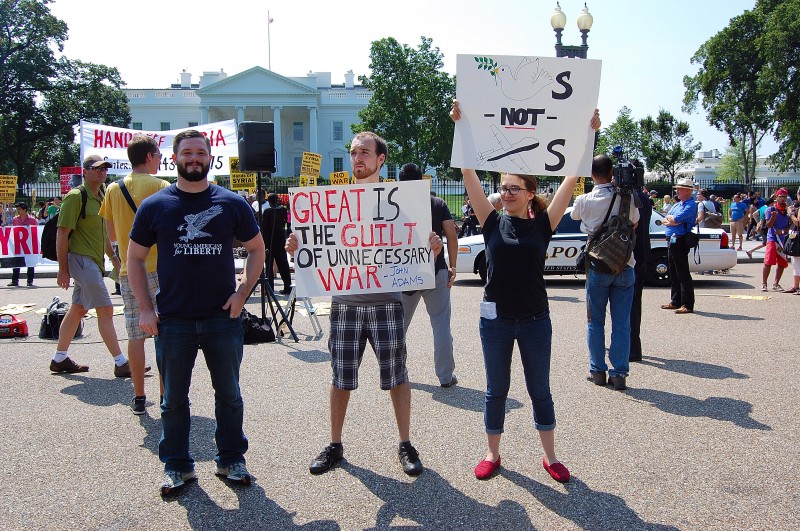 Update: As long as I going down Memory Lane, why not go the full nine yards?  Here’s a photo I took from the first antiwar protest I ever saw. My family was returning from a NJ trip, driving through downtown DC. My father was chagrined to see a massive antiwar protest on the day before Nixon’s first inauguration, 1/19/1969. That protest was catnip for me.  (The photo is tilted because my political thinking has always been a bit twisted.) 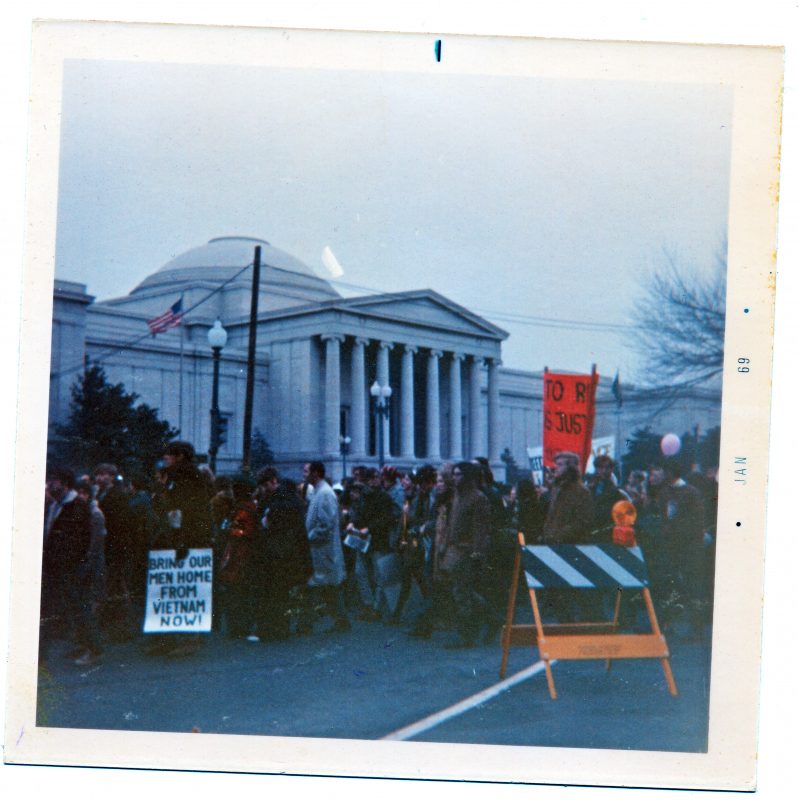 Syrians Liked Trump Because He Won’t Bomb Them
Bummer! I Fail to Make Wash. Post’s List of Russian Agents