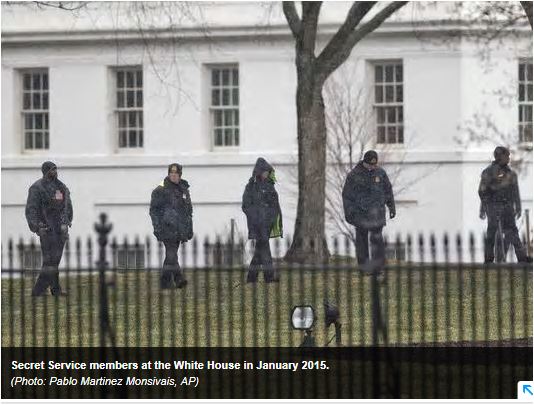 President Trump is being reviled for wildly exaggerating the peril of Muslim refugees. Some commentators fret that his rhetoric signals a new fascist era descending on America. A Washington Post news analysis on Saturday derided Trump’s fear-mongering: “Playing upon the nation’s anxieties about what might happen also stands as a stark contrast to how presidents have lifted the country out of actual crisis in the past.”

But presidential fear-mongering has a long and sordid history. We cannot understand the threat that Trump poses without recognizing how prior presidents used similar ploys.

Though former president Barack Obama’s popularity is now on the rise, he sometimes greatly exaggerated threats to push his legislative agenda. In a speech last year at the funeral of slain Dallas police officers, he asserted, “We flood communities with so many guns that it is easier for a teenager to buy a Glock than get his hands on a computer or even a book.” But Amazon doesn’t deliver Glocks to your doorstep. Washington Post fact-checkers contacted the White House but none of the information it provided “directly made a connection between the ability of teens to buy handguns and their access to books or computers… There’s no minimum age or a background check required to get a book or use the computer for free at a public library.” The Post awarded three Pinocchios to Obama for his claim.

Obama also frequently invoked the threat from terrorism, using it to create a new prerogative for presidents to serve as judge, jury and executioner for suspected bad guys. Thousands of people were slain by Obama-authorized drone attacks, including some Americans and far too many innocent civilians. Obama also played on fears of terrorism to justify permitting the National Security Agency to obliterate online privacy — regardless of the Fourth Amendment’s prohibition of warrantless, unreasonable searches. The Obama administration exploited the fear from one blundering would-be underwear bomber to entitle Transportation Security Administration agents to pointlessly grope millions of travelers. More recently, the Obama team warned of horrific consequences unless the feds were permitted to hack into everyone’s iPhone.

There are ample reasons to be wary of Trump nominees such as Jeff Sessions, with his long history of enthusiasm for asset forfeiture and the drug war. But nothing that Trump’s team has yet said or suggested compares to Attorney General John Ashcroft’s declaration to a Senate committee in December 2001 just months after 9/11: “To those who scare peace-loving people with phantoms of lost liberty . . . your tactics only aid terrorists for they erode our national unity and . . . give ammunition to America’s enemies.”

Many folks wringing their hands over Trump’s rhetoric have forgotten the psychological cheap shots that pervaded the 2004 presidential race. A Bush re-reelection television ad showed a pack of wolves coming to attack home viewers as an announcer warns that “weakness attracts those who are waiting to do America harm.”

The 2004 campaign was downright mellow compared to the 1964 Lyndon Johnson presidential campaign TV ad which showed a young girl “picking the petals off a daisy before the screen was overwhelmed by a nuclear explosion and then a mushroom cloud and Johnson declared, ‘These are the stakes.’” The ad implied that a victory by Republican nominee Barry Goldwater would annihilate humanity. LBJ was running as the Peace Candidate — which was ironic, considering how he subsequently plunged the U.S. far more deeply into the Vietnam War.

Rather than an odious novelty, fear-mongering has practically been the job description for presidents. H. L. Mencken observed a century ago: “The whole aim of practical politics is to keep the populace alarmed and hence, clamorous to be led to safety — by menacing it with an endless series of hobgoblins, all of them imaginary.” Mencken’s quip was inspired by Woodrow Wilson, whose administration whipped up public fury during World War One against beer, sauerkraut, and teaching German in schools.

Trump’s opponents should beware of presenting prior presidents as a mythical combination of George Washington and Jesus. They were no such thing. History teaches us that presidents are most dangerous when they seek to frighten us into submission. In that sense, Trump is nothing new. His @realDonaldTrump Twitter account is just a new delivery system for the same old fear that @realWoodrowWilson or @realGeorgeWBush used to advance their own agendas.