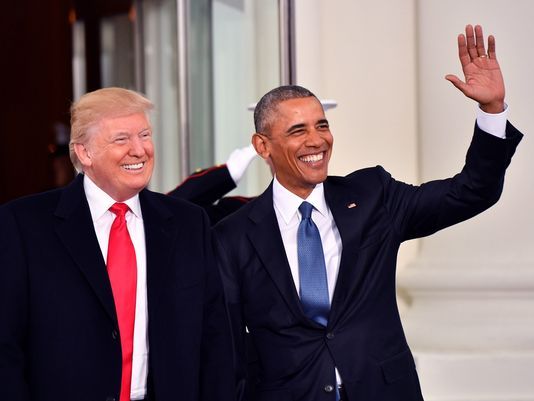 Americans nowadays have a bad attitude towards presidents. Many people are denouncing Donald Trump as a dictator. But the real problem in this nation is the dictatorial illiteracy that has allowed modern presidents to commandeer far too much power.

Trump’s saber-rattling, rude outbursts and rancorous tweets have spooked folks far and wide. But most Americans are not sufficiently informed on recent history to recognize where Trump poses dire threats beyond the usual Washington machinations. Most citizens are unaware that both political parties have perennially championed bureaucratic aggrandizement over civil liberties.

Many of the experts who have condemned Trump are also clueless about how far federal control has stretched. Yale professor Samuel Moyn and Oxford professor David Priestland recently declared in a New York Times op-ed that “there is no real evidence that Mr. Trump wants to seize power unconstitutionally, and there is no reason to think he could succeed.” But violating the Constitution is practically the job description for modern presidents. It was George W. Bush’s White House, not Trump, which asserted a “commander-in-chief override” that entitled presidents to ignore the law and the Bill of Rights. Congress utterly failed to thwart that outrageous claim.

Presidents have amassed vast authority because they are judged on their rhetoric and purported goals, not on their constitutional fidelity. Former president Obama’s drone assassinations of American citizens were non-issues because observers knew Obama “meant well.” When Obama decided to bomb Libya in 2011, his appointees made it clear that he would ignore the War Powers Act of 1973, enacted to prevent presidents from launching wars on their whim. When a federal judge ruled in May 2016 that the Obama administration’s consumer subsidies under the Affordable Care Act violated the Constitution, the decision was almost completely ignored — perhaps because Obama’s illegalities were progressive. When President Trump ended the subsidies, he was denounced for trampling Congressional prerogatives.

Much of the response to Trump is akin to a novice cable weather reporter who treats each morning’s sunrise as a shocking development. Sen. John McCain, R-Ariz., responded to Trump’s media bashing by warning, “That’s how dictators get started.” By this standard, practically every president since Thomas Jefferson has been a dictator in the making.

Trump is being denounced as a dictator for rescinding Obama’s executive decrees. Nothing frightens some Trump opponents more than his withdrawal from the Paris climate accord. New York City Mayor Bill De Blasio denounced that decision as “ immoral assault on the public health, safety and security of everyone on this planet.” But former president Obama chose not to submit that agreement for ratification to the Senate. As the New York Times noted, Obama relied on “bureaucratic bulldozing rather than legislative transparency,” issuing nearly 50% more “major regulations” than the George W. Bush administration.

Many Trump opponents are not opposed to dictators per se — they simply want different dictates. Trump was widely denounced because his Justice Department refuses to compel every public school in the nation to make special bathroom and locker room accommodations for self-proclaimed transgender kids. But the Constitution did not grant the federal government jurisdiction over gender identity.

The media bears much of the blame for Americans’ dictatorial illiteracy. None of Trump’s actions yet rival the odiousness of the Military Commissions Act of 2006, which retroactively legalized torture and gutted habeas corpus. There was little uproar at the time thanks to blase headlines such as this Washington Post gem: “Many Rights in U.S. Legal System Absent in New Bill.” Whitewashing torture was of no more significance than Congress creating a new wool subsidy.

People who are clueless about past oppression are unlikely to effectively resist new abuses. If people never perceived or complained about the power grabs of the prior three presidents, they have scant standing to bewail Trump. This is especially true of top officials in prior administrations who set perilous precedents that Trump could exploit.

Trump, like recent presidents commanding armies of enforcement agents with sweeping prerogatives, is a threat to our rights and liberties. His recent comments endorsing police roughing up arrestees were appalling by any standard. Luckily, Trump’s blather cannot negate local, state and federal laws against such abuses. On the other hand, Attorney General Jeff Sessions’ campaign to revive the drug war and asset forfeiture poses a far more direct peril.

The sheer amount of punitive power possessed by the federal government is one of the best gauges of potential tyranny. Do we really need 4,000 federal criminal laws and 300,000 regulations with criminal penalties to punish wayward citizens? As Benjamin Constant wrote in 1815, “It is the degree of force, not its holders, which must be denounced … There are weights too heavy for the hand of man.” Unfortunately, many Trump opponents will never make an adverse inference against arbitrary power because they seek to put government itself back on a pedestal.

Trump won the election last year in part because he promised to “make America great again.” But America will not be great again until people expect and tolerate far less from presidents. And only illiterates believe that toppling Trump is the only “dictator insurance” that America needs.