Quotefancy kindly compiled 20 of my quotes into a video. A friend said the soundtrack reminded her of 1950s “easy listening” music for Wyoming. I suggested that Telemann’s Tafelmusik might have worked better – but not as apt as Alice Cooper’s “Elected.” What other suggestions do folks have for music on this?

Twitter’s “Right SideOf History @wakoppa kindly made a list of those quotes & posted it online. Here it is: 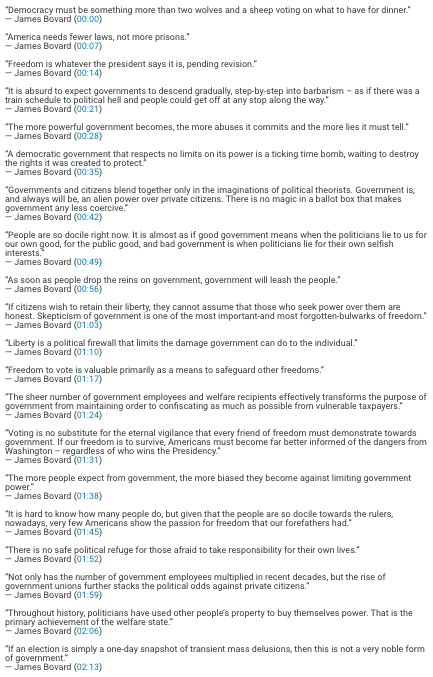 UPDATE: Here’s the Telemann piece I was thinking of. I was dismayed that the only online version I could find came with 17th century click bait. Must have been heckuva electric shock that one lady suffered

And here’s the Alice Cooper song –

Actually, as far as political lessons, maybe nothing can beat “Once Bitten, Twice Shy” –