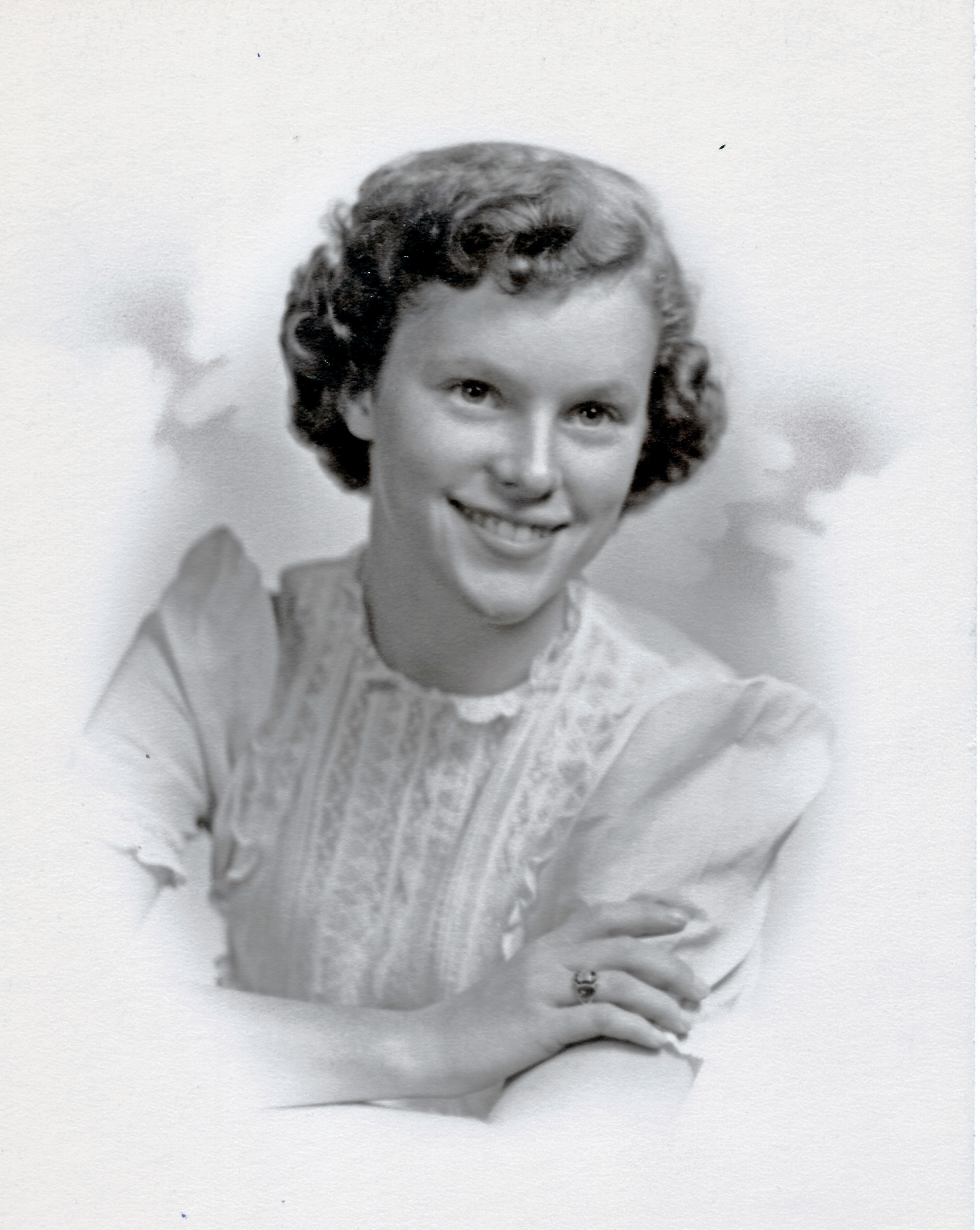 My 86 year-old aunt passed away last night surrounded by her three loving daughters. Mary Bovard Campbell was a tough lady – full of “piss and vinegar,” as she liked to say. She kept her spirits and faith regardless of a lot of trials and tribulations stretching back to the Herbert Hoover era. She married a Presbyterian minister and was widowed relatively young but relished being a grandmother and a mother to her flock. She was close to my parents and kindly remarked once that my mother was a “bright light in my life.”

She and her husband took active roles in seeking to spur racial healing in the Detroit area and Michigan after the 1967 riots. She was a stalwart liberal but was also willing to recognize government abuses. When she visited here in the late 1990s, I swayed her to watch with me the “Waco: Rules of Engagement” movie that exposed far more federal outrages than most of the media admitted. That may have been the first time she suspected I was too radical for my own good. She and I often had different political perspectives but we agreed on that bastard George W. Bush and on the folly of America’s foreign wars, especially after 9/11. When I visited her once in Detroit, she took me to an Arab restaurant where the hummus was far superior to what I’d had in the Washington area.

She was the family historian and she kindly shared photos of my kinfolk stretching back to the late 1800s. She helped me understand my father and my grandfather, someone who puzzled many family members over the decades, and also provided insights into the lives of my grandmother and Aunt Grace, both of whom died much too young. Mary had a great story about her grandmother’s funeral in 1958, watching an elderly lady toddle up to the casket and attach a lapel pin signifying that the deceased was a charter member of the Women’s Christian Temperance Union. Happily, Mary had no traces of that particular fervor.

She had a robust laugh that survived until very near the end of her life. In our phone conversations, she often pretended to be offended by my off-color humor but as I explained to her, if she laughed, I was exonerated. She broke her hip a few years ago, and she told me that a physical therapist had brought her a lead pipe for her to work with. I commented, “Never trust a Bovard with a lead pipe” – and she heartily agreed. She struggled with health issues for quite awhile. Two years ago, she groused to me: “Should I just lay down and put a lily in my hand?”

She was blunt-spoken in a way that goes back at least several generations in my family. She was the first person to implore me to improve my diet – back when I was a 15-year-old drinking too much Hi-C. If somebody needed “Dutch Uncle” advice, Mary was the person to deliver it. She gave me a few verbal butt kicks over the decades which I appreciated more as time went on. Regardless of her vigorously-voiced opinions, you always knew that she was on your side.

She was a sweet lady who will be missed by many people’s lives who she touched. And she always ended phone calls with a “love you” message that I regret I won’t hear again. 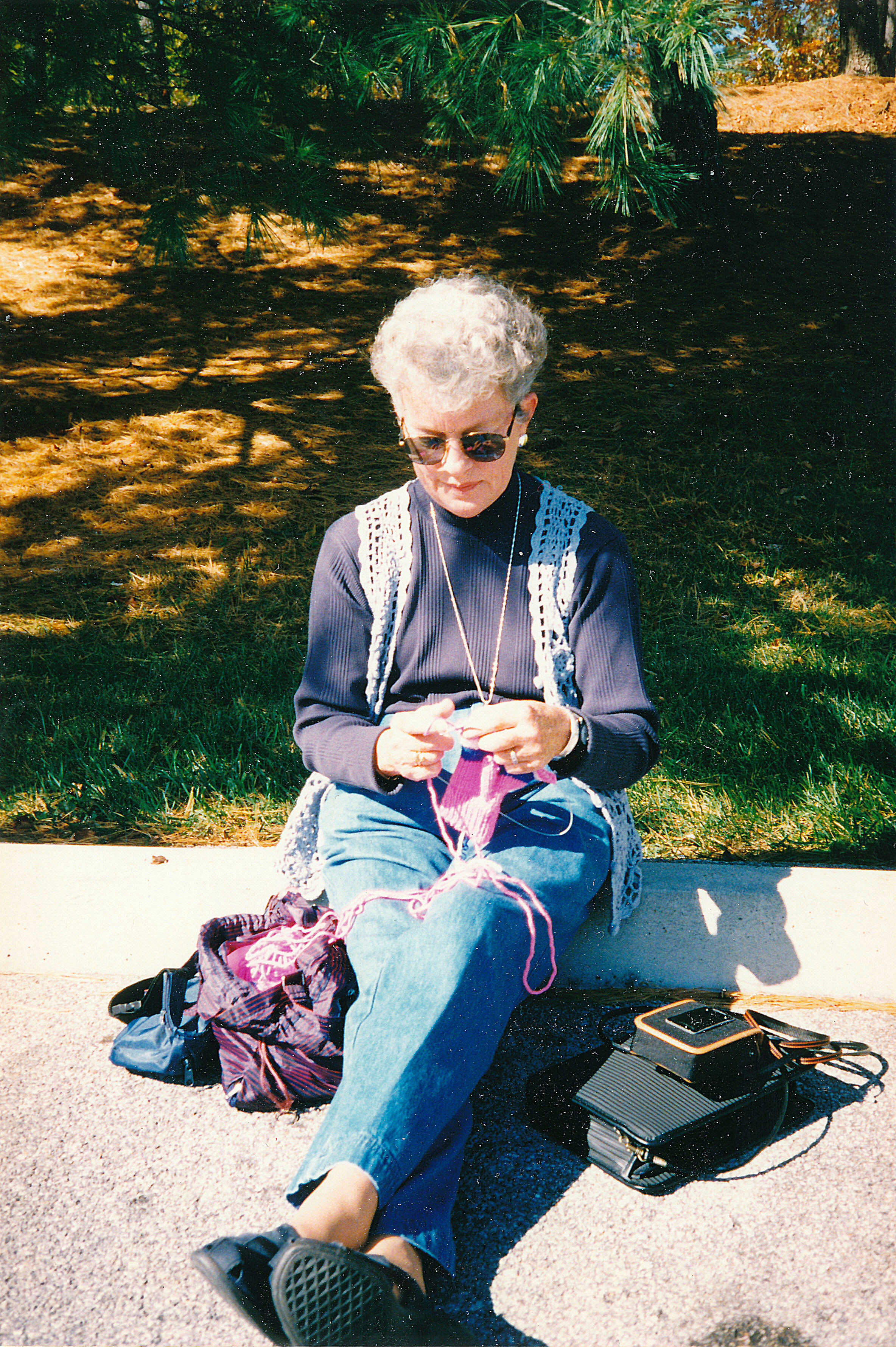 Mary knitting away down South in 1994 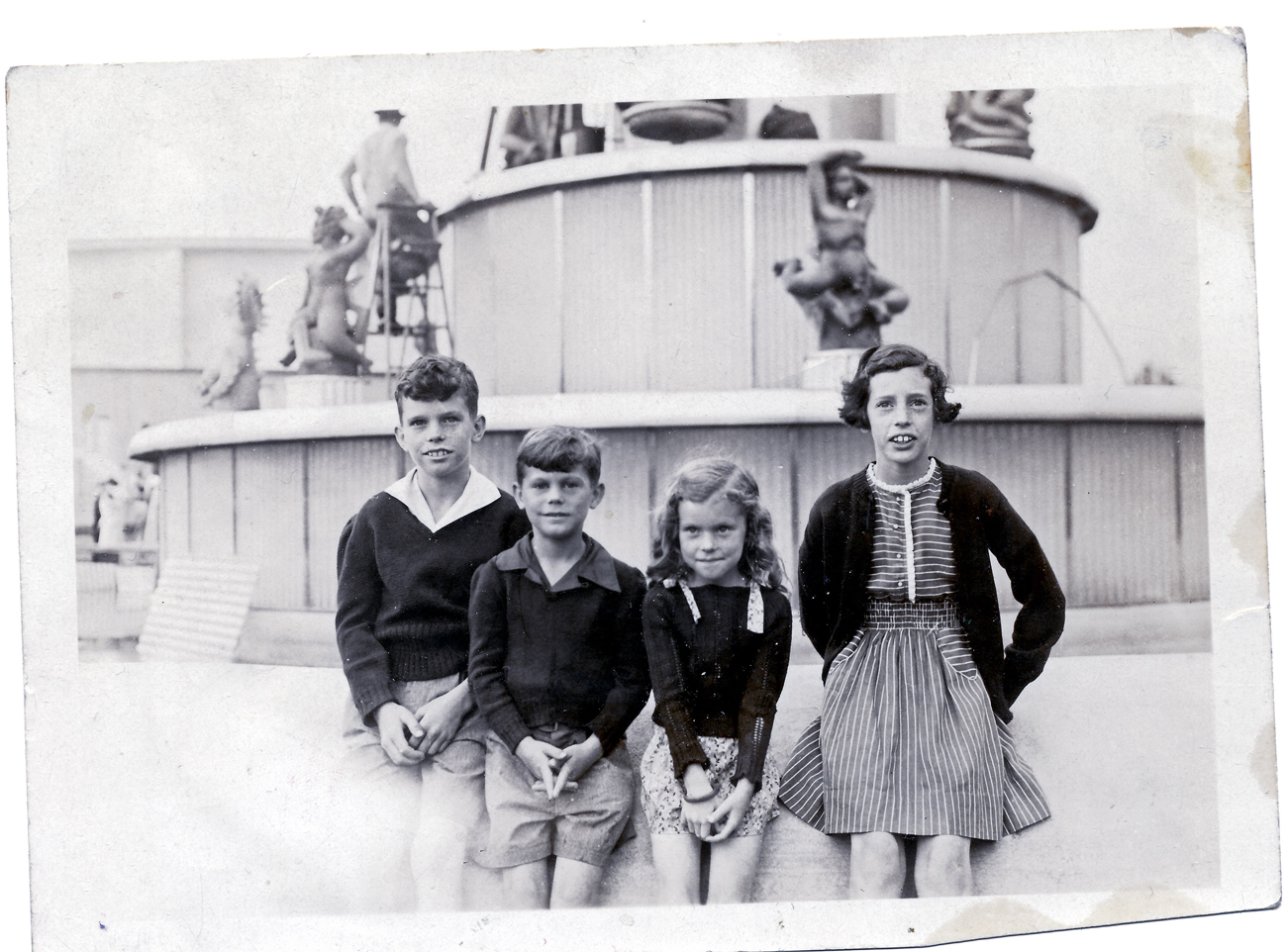 Mary and siblings visiting the NYC World’s Fair 1939; Mary is second from the right and my father is on the left, with Bill & Grace rounding out the foursome. 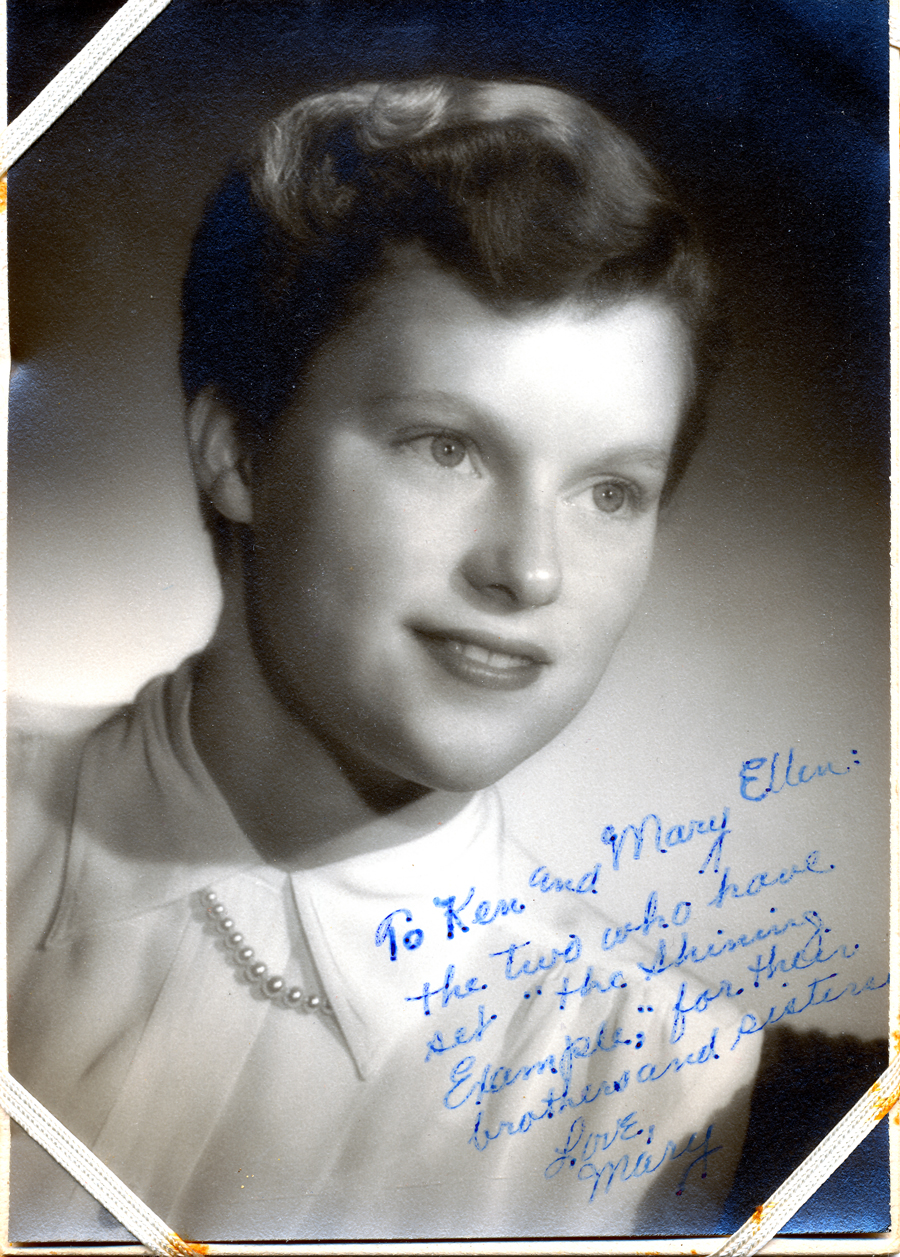 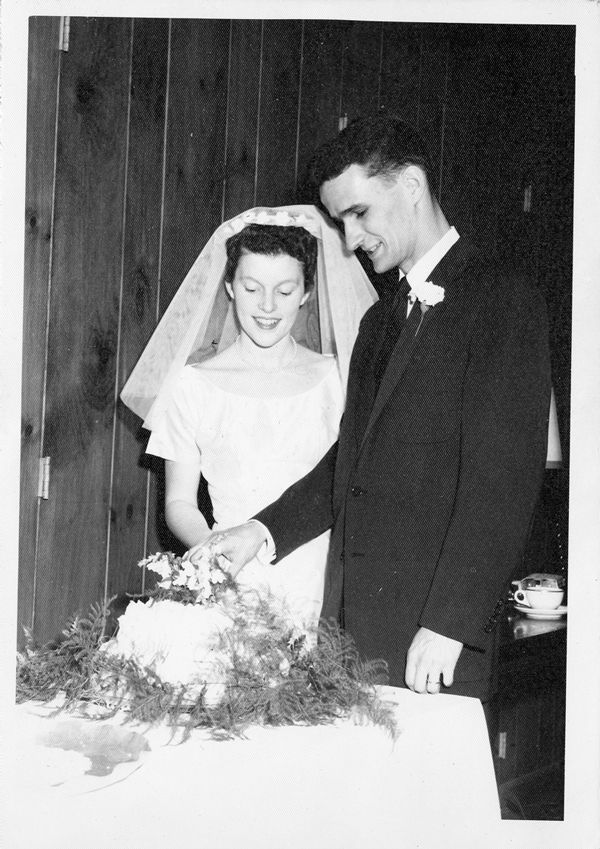