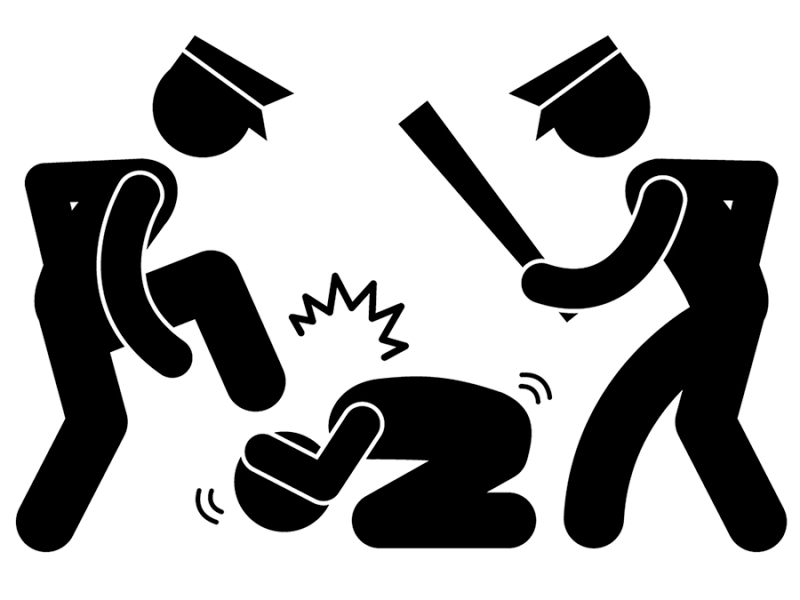 Police in Tempe, Arizona, announced plans in July for a “positive ticketing” campaign to pull over drivers who had violated no traffic laws. A Phoenix TV station reported that the police would give the people they targeted free soft-drink coupons for Circle K as a reward for their “good driving behavior.” Police in other areas have run similar programs in recent years but the TV news report on Tempe’s plan spurred a torrent of testy Tweets:

“Keep your hands on the wheel and don’t make any sudden moves while you are being rewarded, it could cost you your life.”

“We gunned him down…. well, he refused to stop for his coupon. Self defense. Case dismissed.”

“Um, WHAT?!? They better not stop me for driving legally cause that’s illegal! #harassment”

“Cops to profile for illegal immigrants under the guise of campaign to promote good driving.”

“There goes probable cause right out the window. Police state 101.”

“I would get a panic attack. My reward for driving well is not dying. That’s all I want.”

“Unless it’s a ruse to illegally search your vehicles. And if they notice anything out of line during the mock pullover you’ll be arrested.”

“What’s next? Are they going to start walking into people’s houses to congratulate them for not breaking the law?”

One commenter suggested he could be fined for “resisting a coupon” for free drinks.

A few months before its “positive ticketing campaign” announcement, Tempe police were harshly criticized after one of their officers shot a 14-year-old boy in the back, killing him as he was running away while holding a replica airsoft pistol. An Arizona ACLU employee summarized the situation on Twitter:

“Tempe cops: the community doesn’t trust us after we shot and killed an unarmed teen (sic) what do we do

The Tempe Police Department responded to the uproar by issuing a statement stating that they never intended to pull over motorists without good cause. Instead, the free-coupon program would be targeted to pedestrians, bicyclists, and skateboarders. But the furious reaction of people across the nation signaled the profound distrust of police.

This is presidential campaign season, and Democratic presidential candidate Pete Buttigieg claims that he will be able to end the pervasive distrust of the police. In one of the first candidate debates, he said he is “determined to bring about a day when” any driver, white or black, has “a feeling not of fear but of safety” when he sees a police officer approaching.

And how would Buttigieg, the mayor of South Bend, Indiana, achieve this profound change? He has not yet detailed his panacea. Perhaps he believes that sensitivity training or racial consciousness-raising classes could do the trick. But Buttigieg has ignored the real source of the problem: politicians have given police so much power that citizens naturally fear them.

In 2001, the Supreme Court ruled that police can justifiably arrest anyone believed to have “committed even a very minor criminal offense.” That case involved Gail Atwater, a Texas mother who was driving slowly near her home but, because her children were not wearing seatbelts, she was taken away by an abusive cop whose shouting left her children “terrified and hysterical.” A majority of Supreme Court justices recognized that “Atwater’s claim to live free of pointless indignity and confinement clearly outweighs anything the City can raise against it specific to her case” — but upheld the arrest anyhow.

Justice Sandra Day O’Connor warned that “such unbounded discretion carries with it grave potential for abuse.” Unfortunately, there are endless pretexts for people to be arrested nowadays because federal, state, and local politicians and officials have criminalized daily life with hundreds of thousands of edicts. Capt. Steve Powell of the Colorado State Patrol commented, “Ninety percent of the cars out there are doing something that you can pull them over for. There are a jillion reasons people can be stopped — taillights, windshields cracked, any number of things.” Gerard Arenberg, executive director of the National Association of Chiefs of Police, told me in the 1990s, “We have so damn many laws, you can’t drive the streets without breaking the law. I could write you a hundred tickets depending on what you said to me when I stopped you.”

Justice O’Connor noted in her dissent that the Fourth Amendment “guarantees the right to be free from ‘unreasonable searches and seizures.’” But when politicians have enacted endless laws that make almost everyone a criminal, then the Fourth Amendment is practically null and void.

Asset-forfeiture laws give police sweeping arbitrary power over Americans’ wallets, cars, and homes. Indiana Solicitor General Thomas Fisher told the Supreme Court in 2018 that the government is entitled to confiscate cars that exceed speed limits by 5 miles per hour — a standard that would justify seizing most vehicles. Between 2001 and 2014, lawmen seized more than $2.5 billion in cash from 60,000 travelers on the nation’s highways — with no criminal charges in the vast majority of cases, the Washington Post reported.

Police have been trained to confiscate private property of drivers by absurdly claiming that “trash on the floor of a vehicle, abundant energy drinks, or air fresheners hanging from rearview mirrors” are signs of criminal activity. Blacks and Hispanics have been victimized far more often by such laws. Tenaha, Texas, police ran an operation that stopped and plundered almost anyone passing through their East Texas locale. The names of the court filings capture Tenaha’s voraciousness, such as State of Texas v. One Gold Crucifix. “The police had confiscated a simple gold cross that a woman wore around her neck after pulling her over for a minor traffic violation. No contraband was reported, no criminal charges were filed, and no traffic ticket was issued,” the New Yorker noted. If drivers “refused to part with their money, officers threatened to arrest them on false money laundering charges and other serious felonies,” an ACLU lawsuit charged. Tenaha police stopped a 27-year-old black man who worked as a chicken slicer in a Tysons plant in Arkansas and fleeced him of $3,900 after detecting him “driving too close to the white line.”

Police have gutted the Fourth Amendment with dogs that will give them a positive alert almost any time they seek a pretext to forcibly search someone’s vehicle. The fact that canines are sometimes trained to give false alerts is irrelevant as long as the government always wins. Canine alerts to currency are routinely used to justify seizures even though most U.S. currency has trace amounts of drug contamination. For 30 years, the courts have condemned the abuses based on currency seizures due to dog alerts. But the official robberies continue.

There is a long history of federal, state, and local officials partnering to fabricate pretexts to stop drivers. From 1992 through 2013, the Drug Enforcement Administration illegally commandeered the phone records of all Americans who called most of the foreign nations in the world, as USA Today revealed in 2015. To keep its phone-record seizures secret, the DEA partnered with local police to concoct phony reasons for traffic stops that sometimes included staging fake auto accidents and even car thefts. Why should citizens trust law-enforcement agencies that engaged in decades of systemic fraud? If bureaucrats and cops gave themselves an unlimited right to lie regarding the source of their evidence, what other lies have they permitted themselves in the war against any American who possesses substances of which politicians disapprove?

Uncle Sam has brought the surveillance state to the nearest police car dashboard. Federal grants have enabled many states and localities to equip police cars with license-plate scanners that provide plenty of bogus pretexts to harass hapless drivers.

License-plate readers often misread plates. Brian Hofer was pulled off Interstate 80 in California and handcuffed and held at gunpoint after his rental vehicle was misreported as stolen. Hofer commented in 2019, “I’m sitting ice-cold and saying nothing because I do not want any itchy trigger fingers.” With an error rate approaching 10 percent, license-plate readers effectively generate potentially thousands of false accusations each day.

Local officials exploit surveillance data to subvert the Second Amendment. John Filippidis was driving with his family through Maryland when he was pulled over by a Maryland transportation policeman outside a Baltimore tunnel. The policeman ordered Filippidis out of his car and angrily demanded to know where his gun was. Filippidis has a Right to Carry (RTC) permit from Florida — where he had left his firearm. Police spent hours questioning him and searching his minivan before permitting him to move on, leaving his wife and daughters utterly distraught. Maryland police have targeted and rigorously searched other out-of-state drivers with RTC permits (which Maryland does not recognize). Federal grants enabled Maryland to equip hundreds of police cars with license-plate scanners that create almost 100 million records per year detailing exactly where and when each vehicle travels.

The war on drugs and its endless crackdowns and intrusions spurred far more distrust of police but politicians learned nothing from its debacles. Sixteen states have raised the smoking age to 21, and there is a push (supported by Sen. Majority Leader Mitch McConnell) to dictate a federal smoking age of 21. Why not simply issue a federal mandate for an annual additional 10 million unnecessary confrontations between police and youth? Criminalizing private vices is the surest way to make law enforcement a public menace.

Citizens are wary of police cars in their rear-view mirrors because politicians and judges made average Americans legally inferior to anyone with a badge and a gun. Police almost always receive legal immunity when they unjustifiably shoot people — it is practically a perk of their job. The existence of video footage from dashboard cams and police cameras is helping to ravage the final remnants of police credibility in many areas. The pervasive cover-ups and lies that follow dubious killings by police do more to spur wariness than a million “Officer Friendly” public-service announcements can counteract.

The best way to encourage citizens to have “a feeling not of fear but of safety” when they see a cop is to repeal legions of laws empowering police to unjustifiably accost and wrongfully subjugate peaceful citizens. But that is unlikely to happen as long as most politicians are more interested in power than in domestic tranquility.

This article was originally published in the September 2019 edition of Future of Freedom.

Thanks to kissclipart.com for the free image

Veterans Day: The Lost Soldier I Met at the Baltimore Bus Station
My First Time to East Berlin