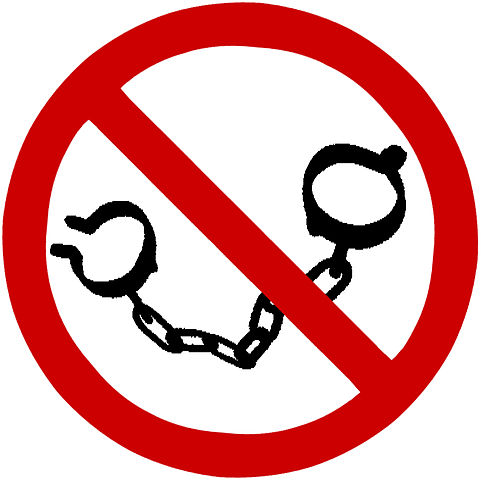 Google notified that my article from 20 years ago was recently reposted so I will run it up the flagpole here as well.   That piece was partially spun off from my 1999 book, Freedom in Chains (St. Martin’s Press.  Here is a paragraph from that book that did not make it into the article below:

Some laws have advanced and better protected individual freedom and individual rights, such as laws permitting women and blacks to own property and make contracts on an equal legal basis to white males. But such laws did not “create liberty”; instead, they merely razed previously erected legal barriers against a particular group. Laws that deter private violence—such as restrictions on mob violence—safeguard freedom. Another example of a government rule that promotes freedom is the Thirteenth Amendment, enacted in 1866, which states: “Neither slavery nor involuntary servitude, except as a punishment for crime whereof the party shall have been duly convicted, shall exist within the United States.” This amendment was interpreted by the Supreme Court in the late nineteenth century to outlaw a variety of types of labor contracts that resembled peonage, thereby curbing the power of an employer over an employee.

The Declaration of Independence proclaimed that “all men . . . are endowed by their Creator with certain inalienable rights.” This assertion captured the idealism and the principles of this nation’s Founding Fathers.

Unfortunately, the notion of the citizen’s inviolable right to liberty is vanishing from the American political landscape. Attorney General Janet Reno, in a 1995 speech vindicating federal actions at Waco, informed a group of federal law enforcement officers: “You are part of a government that has given its people more freedom . . . than any other government in the history of the world.” Contemporary politicians and political scientists have greatly improved on Thomas Jefferson. Progressive thinking about government is exemplified in a new book titled The Cost of Rights: Why Liberty Depends on Taxation (Norton, 1999), by Princeton University professor Stephen Holmes and University of Chicago law professor Cass Sunstein.

Holmes and Sunstein perform dazzling intellectual gymnastics that leave common sense in the dust. They begin by asserting that “the individual rights of Americans, including the right to private property, are generally funded by taxes, not by fees. This all-important funding formula signals that, under American law, individual rights are public not private goods.” Thus, it is completely up to the current government what rights—if any—today’s citizens will have.

The American Revolution was fought in large part because colonists believed the British government was violating their pre-existing rights. However, Holmes and Sunstein reveal that “rights are rooted in the most shifting of all political soils, that of the annual budgetary process, a process thick with ad hoc political compromises.” All rights are mysteriously created somewhere in the congressional appropriation process—somewhere between the first draft of a legislative bill on an intern’s laptop and the notes a lobbyist slips to a congressman while wheeling and dealing on the final version.

Holmes and Sunstein spare no effort to stomp out any notion of inviolable rights. They say, “It is more realistic and more productive to define rights as . . . selective investments of scarce collective resources, made to achieve common aims and to resolve what are generally perceived to be urgent common problems.” The authors also define rights as “welfare-enhancing investments, extracted by society for society’s purposes” and assert that “all legal rights are, or aspire to be, welfare rights.”

Thus when the Founding Fathers proclaimed in the Bill of Rights that “Congress shall make no law . . . abridging the freedom of speech, or of the press” it was no different from contemporary congressmen’s voting for food stamps.

Holmes and Sunstein work overtime to attribute every freedom to government intervention, asserting that “Religious liberty is certainly no more costless than other legal rights. American citizens are more or less free to worship or not, as they wish, but their freedom in this respect makes a claim upon the public fisc, even when it is not subsidized out of public budgets (through, for example, police and fire protection of churches and other religious institutions).” If a single drop of government money could conceivably be involved in some activity, the entire activity becomes the equivalent of a government handout. And regardless of how much in taxes a person pays, if he receives any benefit at all from any government activity, he becomes the moral equivalent of a public-housing resident who never worked a day in his life.

In perhaps the book’s most creative passage, Holmes and Sunstein reveal that “Our freedom from government interference is no less budget-dependent than our entitlement to public assistance. Both freedoms must be interpreted. Both are implemented by public officials who, drawing on the public purse, have a good deal of discretion in construing and protecting them.” The fact that you can see the words on this page clearly is only because some police supervisor deterred a traffic cop from whacking you in the head with his billy club this morning. The Bill of Rights was created as a bulwark to defend citizens against government. Yet because government lawyers must occasionally interpret its clauses (usually to subvert plain meaning), any citizen not boar hogged by government officials miraculously becomes a government dependent.

Holmes and Sunstein reveal that “rights depend in practice on the going rate of taxation.” Thus the higher the tax rates, the more rights people have. Unless citizens live under the heel of the tax collector, they cannot hope to have any freedom. The Internal Revenue Service is never mentioned in the book. Instead, taxation is portrayed practically as an abstraction, as something that just happens and automatically fills up government coffers with rights fodder.

“A tax deduction is a form of public subsidy,” write Holmes and Sunstein. But to believe this is to assume that politicians are entitled to 100 percent of everyone’s income. If politicians set the tax rate at 99 percent, and allow people a tax deduction for food and clothing, then everyone’s budget supposedly becomes a government handout.

The so-called tax burden is an illusion because whatever title anyone has to own something came originally from government. In an earlier book, Sunstein stressed that “a system of private property is a construct of the state” and “governmental rules are implicated in, indeed constitute, the distribution of wealth and entitlement in the first instance.” Thus government can presumably revoke the rights to any property without violating the rights of the purported owner. This presumes that government is the equivalent of some pagan Earth Mother from whom all things come—and who thus has a right to take all things back.

The only way to justify treating tax burdens as morally irrelevant is to assume that government owns all the labor of all the citizens in society. Taxes are not an imposition but merely government reclaiming its rightful property. But did the government bequeath the sweat of the brow of the carpenter who built a house that he sold, or the muscle by which a laborer dug a ditch, or the idea that the software writer used to revolutionize computer use around the world, or the courage of a businessman who staked his life savings on a new product that made life easier for millions? An edifice of freedom cannot be built on a foundation of slave ethics.

Holmes and Sunstein argue in effect that because politicians help set the rules for economic markets, they somehow become entitled to what anyone produces. This makes as much sense as saying that federal patent clerks deserve all the rewards for new inventions, since they approve and register new patents, or that a bank security guard is entitled to carry home armfuls of money from the vaults he guards.

Every failure of government is somehow the citizens’ fault. Sunstein notes that “The Fourth Amendment right [against unreasonable government searches and seizures] cannot be absolute unless the public is willing to invest the enormous amounts necessary to ensure that it is seldom violated in practice. The fact that the Fourth Amendment is violated so regularly shows that the public is not willing to make that investment.” Thus the only reason that police routinely carry out unconstitutional searches is that taxes are not high enough.

The one part of the Bill of Rights that Holmes and Sunstein strictly avoid mentioning is the Second Amendment, which guarantees citizens the right to keep and bear arms. The Founding Fathers saw widespread private gun ownership as a necessary check against the threat of tyranny. Even Harvard law professor and “progressive” icon Laurence Tribe recently admitted that “It becomes impossible to deny that some right to bear arms is among the rights of American citizens.” Presumably the authors believe that people must pay taxes so that government can confiscate everyone’s guns.

Holmes and Sunstein see government as the alpha and omega of all rights, all liberties, all existence: they cannot conceive of anything happening that was not first ordained by politicians and inflicted by bureaucrats. They declare that “To take the cost of rights into account is therefore to think something like a government procurement officer, asking how to allocate limited resources intelligently while keeping a wide array of public goods in mind.” Neither Sunstein nor Holmes has spent time around the General Services Administration headquarters, where real procurement officers waste billions every day.

The authors never attempt to explain where or how government got all the rights. Supposedly, government officials have them because government spends the money to protect them. But the money government spends was first earned by private citizens. How can citizens acquire rights only by government’s taking away much of their paychecks in order to protect the remainder of their income and their other rights? If rights are the result of the government budget, then the rights must originate with the person who produced the money, not with the government agents who seized it. The adulation of government turns into a tautology: in the final realm, government is the source of all rights merely because it has the power to fleece and subjugate its citizens.

Portraying all rights as dispensations of government is a scam to convey absolute power to government officials. Since rights are solely the creation of government, any limitation on government power supposedly becomes a threat to rights.

Americans endorsed the creation of the federal government over 200 years ago so that it could fulfill a handful of narrowly prescribed functions. Government was intended to be a hired clerk, not a divine master. Each person has a natural right not to be made a government pawn, a right to sovereignty over his own body, his own life, and his own peaceful actions. As Etienne de la Boéttie, a sixteenth-century French thinker, observed, “It is fruitless to argue whether or not liberty is natural, since none can be held in slavery without being wronged.”

Americans must choose between “government-issue liberty” and “self-reliant liberty.” The choice is between a concept of freedom based on government handouts and a concept of freedom based on restraint of government, between a liberty in which people are perpetually treated as children needing to be restrained and a liberty in which they are allowed to experiment, take chances, and pay for their own bloody noses. It is a choice between a freedom in which each person can make his own mistakes or a freedom in which each person becomes another statistic in the government’s mistakes. The choice between the two freedoms comes down to a question of whether people will benefit more from being left alone to build their own lives or from somebody’s confiscating much of their building material and imposing the structure he thinks best. A good definition of liberty must provide a barricade that 10,000 enforcement agents can’t breach.

One Response to Government as Slave Owner (2000)