My Time with the FBI

From the early 1990s onward, I was exposing FBI crimes, lies, and cover-ups. FBI director Louis Freeh publicly denounced me after I wrote a Wall Street Journal piece on the FBI’s killing of an innocent mother holding her baby at Ruby Ridge, Idaho. I continued hammering FBI abuses in the Journal, Playboy, American Spectator, and other publications. 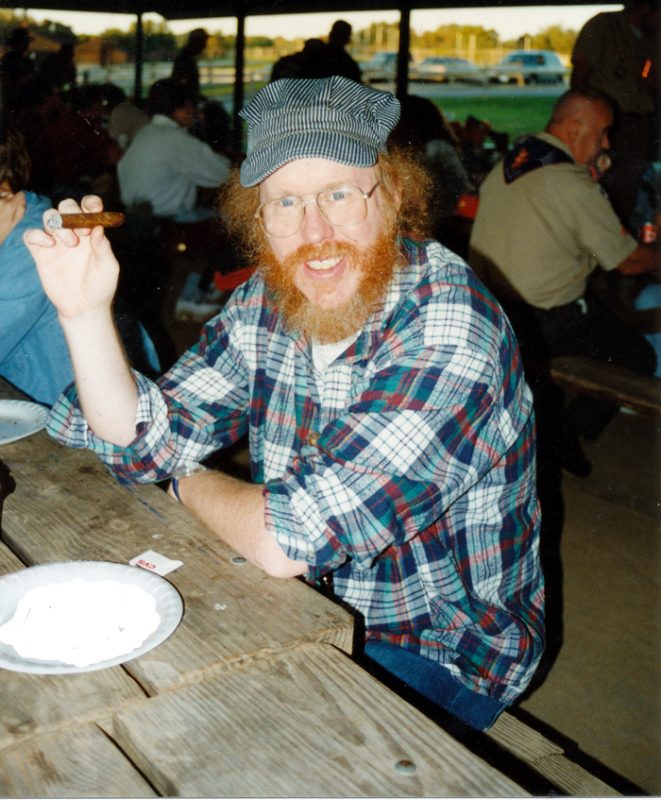 One of the FBI’s biggest blunders occurred when it falsely accused a hapless security guard of masterminding an explosion at the 1996 Olympics in Atlanta. Richard Jewell heroically saved lives by detecting and removing a pipe bomb before it exploded. But the FBI decided that Jewell had actually planted the bomb and leaked that charge to the media, which proceeded to drag Jewell’s life through the dirt for eighty-eight days. The FBI did nothing to curb the media harassment long after it recognized Jewell was innocent. I flogged the FBI’s vilification of Jewell in my 2000 book, Feeling Your Pain: The Explosion and Abuse of Government Power in the Clinton-Gore Years.

In August 2001, I took a brief vacation in the mountains of western North Carolina. My then spouse was leafing through a tourist guidebook and swooned over a chalet inn she saw that was far off the beaten path. Alas, the directions to that hideaway were not worth a plug nickel. After futilely roving that zip code for an hour, I pulled up in front of a hardware store in Whittier, a one-stoplight hamlet, to cuss and recheck the map.

I stepped out of my car and fired up a cheap cigar as I leaned against the front hood of my Ford. Ninety seconds later, a big ol’ bald guy wearing bib overalls came bounding out of the hardware store and asked in a booming voice: “What part of Maryland you from?”

He told me his name was Dennis and started chatting me up at racehorse pace. He told me that he was originally from Maryland, had been living down here for twenty years, worked as a long-haul truck driver and maybe that’s why he had prostate problems. He boasted that he lost $5,000 gambling last year at a nearby Cherokee Indian casino but a buddy of his lost $60,000. He said he owned four acres of land a few miles away and then bragged about all the babes he’d boinked before he got married in 1987.

I nodded and threw in an occasional “huh.” Since I was raised in the mountains of Virginia, I was accustomed to country folks rattling on like they hadn’t spoken to anyone since the last solar eclipse. But something about this guy’s palavering seemed amiss.

And then he suddenly paused mid-sentence and stared at me intently.

“I think you might be an undercover federal agent,” he gravely announced.

Holy crap! I would have been less astounded if he’d accused me of being a vampire come to rob the local blood bank.

“Why do you think I’m a fed?” I asked incredulously. Shazam—my battered railroad cap was supposed to make me immune from such suspicions.

“Because you’re driving a black car with a Maryland license plate,” he replied without missing a beat.

I rolled my eyes and raised both arms by my side. “Are there any other signs of undercover federal agents?” I asked.

“Ya—they have hidden tracking devices on the underside of the back of the car.”

“Feel free to check out my car,” I grinned.

He and I walked to the back of my vehicle, he got down on his knees and pawed his big right hand around the Ford’s underside. A minute later, after he found no GPS tracker, he decided I wasn’t a G-man and gave me a hearty handshake.

“I didn’t mean no harm by saying you were a fed,” he apologized.

“It’s just that this whole area was crawling with hundreds of FBI agents a few years ago—ever since they heard Eric Rudolph was hiding out somewhere in the mountains nearby,” Dennis explained.

“Whoa—I had forgotten the feds came looking for Rudolph in North Carolina,” I replied.

After the FBI finished slandering Richard Jewell, they announced that Rudolph was the 1996 Olympic bomber, placed him on their Most Wanted list, and put a million-dollar bounty on his head.

Dennis warmed to the subject. “The FBI bragged that they were sending their best agents here and would catch Rudolph real quick. FBI came in like they owned the place. When they took over a motel for their headquarters, their agents went around banging on doors and threw every guest out on the spot. Their strutting was so bad that some restaurants refused to serve them. Well, they didn’t really refuse—they just told the FBI agents they had to leave their guns outside. Restaurants knew the agents weren’t allowed to do that. People taunted the feds with signs saying, ‘Eric Rudolph Ate Here.’”

“And they never caught Rudolph,” I commented.

“No,” Dennis replied. “Nobody would give them the time of day. After a few months, most of the agents were sent back to Washington.”

Dennis became more at ease after I mentioned that I’d written about federal outrages at Waco and Ruby Ridge—two cases that epitomized the FBI’s right to kill with impunity. Dennis was far better informed on Waco and Ruby Ridge than the vast majority of people I met inside the Beltway, who took their reality from the Washington Post.

Dennis wasn’t the type to take guff from any federal agent. He was a hunter, and proudly recapped how he’d told a Fish and Wildlife Service agent to go to hell a few months earlier. He started out talking about how the people in that neck of the woods were fine folks but later lamented that most of his neighbors had no interest in ideas. He wasn’t like them, he assured me, because “I didn’t fall off the pickle wagon yesterday” (i.e., wasn’t born yesterday).

After two hours, Dennis was “talked out.” He wasn’t familiar with that chalet that my wife wanted to visit but said that she and I were welcome to stay at his house that night. I thanked him kindly but said we should probably be heading down the road toward Asheville.

Eric Rudolph was finally captured in 2003 by a local policeman in a small town about an hour from that hardware store. He pleaded guilty to the Atlanta bombing as well as bombings of abortion clinics and a lesbian nightclub. Shortly after Rudolph was apprehended after more than four years in the mountains, a British newspaper pointed out that the FBI’s failure to catch him illustrated “all the shortcomings of a hi-tech, militarized federal force unable to negotiate such alien, not to say hostile, territory.” To nail Rudolph, the feds had pulled out all their tricks, including “bloodhounds, electronic motion detectors, and heat-sensing helicopters.” Instead of a triumphal “perp walk” and press conference, the FBI spurred the local sale of bumper stickers proclaiming, “Eric Rudolph: 1998 Hide and Seek Champion.”

One lesson I took from Dennis was that the FBI’s power and federal legitimacy are far more tenuous than Washington recognizes. Beyond the nation’s big cities and the coastlines, federal authority hinges largely on the consent of local citizens. Once that consent vanishes, FBI agents are left to sit in their cars eating their lunches all by themselves. But plenty of pundits and congressmen still clamor for the government to confiscate everyone’s guns or forcibly inject their children. If the feds came in and started shooting mountain men who refused to surrender their firearms, they would likely quickly find themselves in a worse plight than Custer at the Little Big Horn.

And the other lesson I took from meeting Dennis?

People in Washington think I’m a redneck, and rednecks think I’m an undercover fed. I can’t get a break.

2 Responses to My Time with the FBI