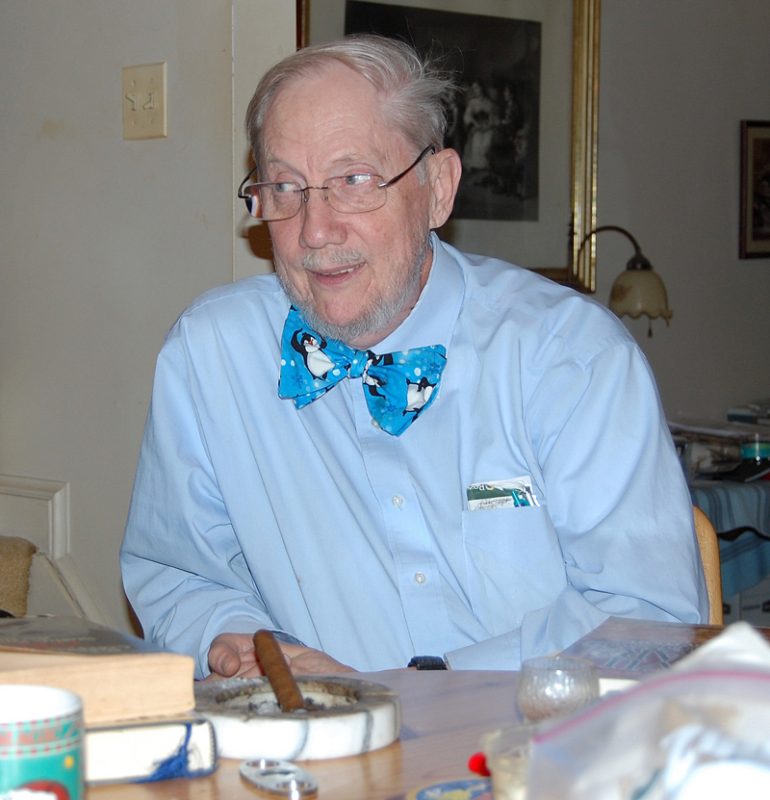 My old friend Jerry Arnett passed away yesterday at home in Helvetia, West Virginia.  I first met Jerry at a Future of Freedom Foundation conference in 2008 when he furtively slipped me a book of dissenting opinions on the 9/11 attacks.  That set the template for Jerry forever guarding me against my moderate tendencies.

Jerry was drafted in the 1960s to serve as an Air Force flight surgeon with five squadrons in Vietnam where he flew 144 combat missions.  He emailed me last year, “I never knew why I was sent there until a few years ago [when] I read Fletcher Prouty’s ‘The Secret Team.'”  I replied, “Glad you survived all those missions & came back to give government hell.”  During his time in Vietnam, he was exposed to Agent Orange, leading to a long illness and his death from leukemia.

For more than 50 years, Jerry stood up to fight for freedom every chance he got.

Jerry was an old-time style of doctor who connected personally with his patients – as opposed to the HMO model of “care” where patients are rubber-stamped and ignored.  Jerry relied on a cash-basis medical practice that minimized the role of both government and insurance companies.  His daughter, Brenda,  became a doctor and followed the same path.  Jerry and Brenda were interviewed by National Public Radio in 2009 on that health care model.   Brenda mentioned that one of the most important pieces of advice from her father:  Always sit down if you have  to give a patient bad news.

Here’s the summary of that interview: “Brenda Arnett grew up watching her father, Dr. Jerry Arnett, become increasing disillusioned with the medical insurance system. He discouraged Brenda from going into medicine, but Brenda became a doctor anyway. She ended up in a multi-doctor practice where she was pressured to see a new patient every ten minutes. Her frustrations with that led her to open her own practice, and make it cash-only – a payment system that completely bypasses insurance. Her father couldn’t be more proud. The two doctors talk with Dick Gordon about how the new system is working, and how the experience has changed Brenda’s life.”   You can listen to the interview by clicking here.    A dozen years ago, I did a blog post on them: Medical Freedom Fighters: The Arnetts of West Virginia.  That post concluded, “It is encouraging to see doctors who have the courage and the principles to stand up for freedom.”

Jerry was a prolific writer – he did great work on the bogus threat of secondhand smoke,climate change, and other false alarms. Here’s a YouTube video of a 2007 speech he gave on “Air Pollution, Tobacco, and the Scientific Method.”  He was a policy advisor for The Heartland Institute, an adjunct scholar at the Competitive Enterprise Institute, and a scientific advisor to the American Council on Science and Health  He was a pulmonary specialist and a fellow of the American College of Chest Physicians, so I paid close attention when he urged me to continue smoking cigars to add 30 years to my life. Jerry was very active with the Association of American Physicians and Surgeons,  zealous activists who helped defeat Hillary Clinton’s health care plan in court in the 1990s.

Jerry was West Virginia at its best – tough, earthy, and savvy.  It was always a treat to get together with him for beer, cigars, and boundless derision of whoever was president at the time.   His ribald humor and boisterous laugh were a hoot to hear.  But he never wavered in his contempt for politicians wrecking the lives of people they claimed to save.  In an email exchange last year, he agreed with me that Biden’s “expanding definition of terrorism is getting too damn close for comfort.”

Jerry was in bad health for a long stretch prior to his demise. at age 81.  For many years, Brenda was the Guardian Angel daughter that any ailing father could wish for.

My condolences go out to Brenda, his daughter Debbie, and her brother Brian and to his wife, Heidi. 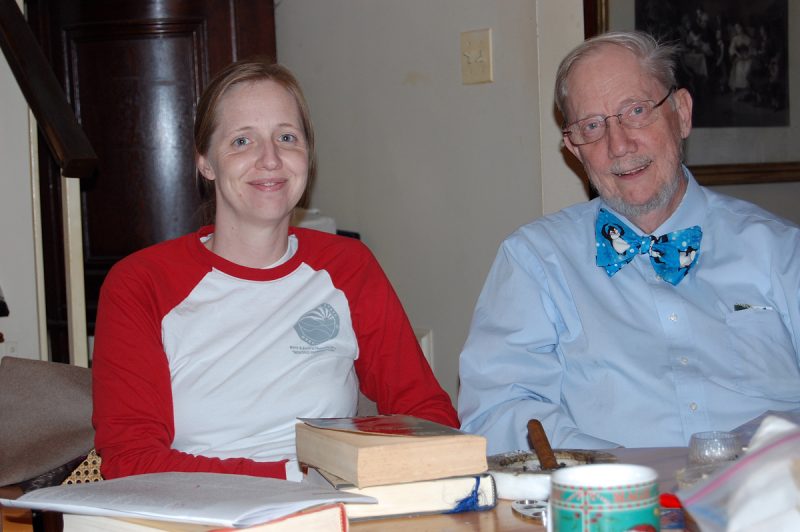 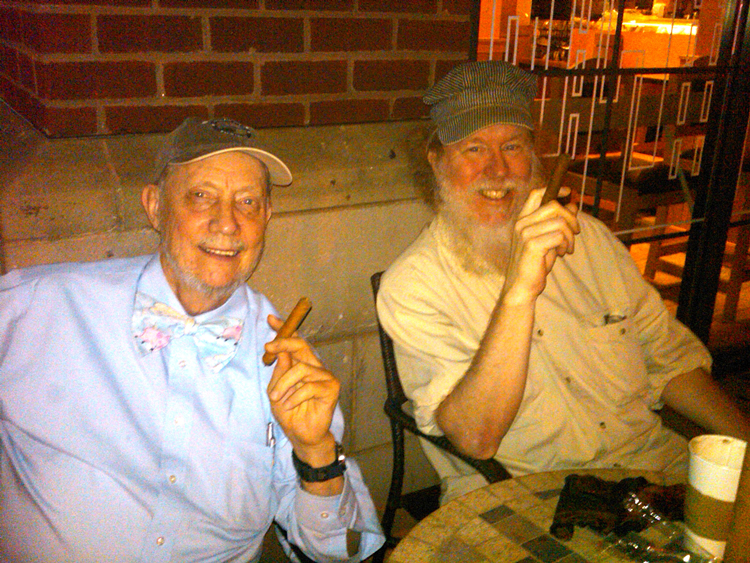 Jerry and I in Adams Morgan, Washington, DC, August 2010 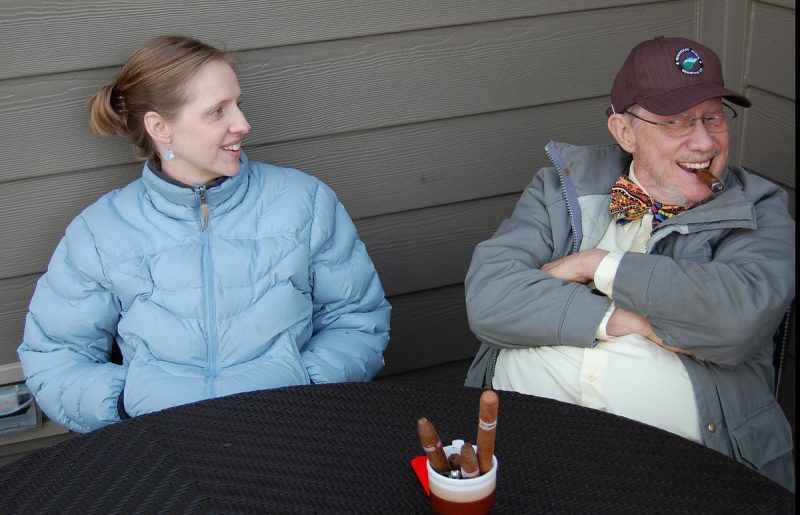 Jerry and Brenda at Brenda’s Winchester, Va., home in 2012 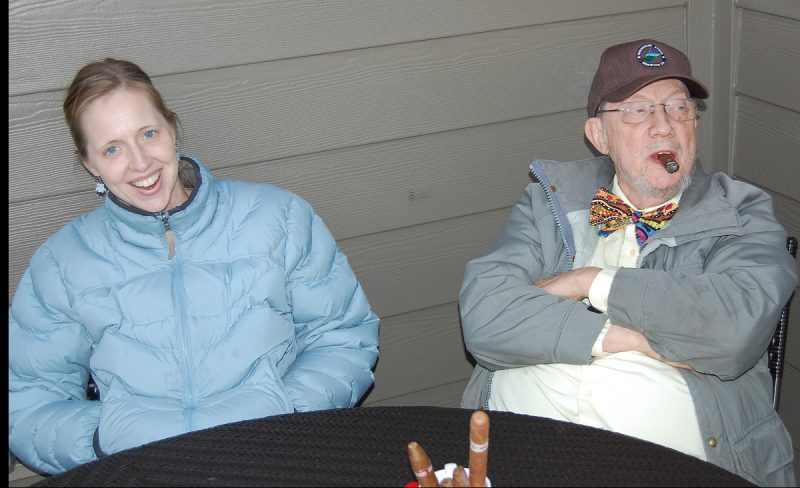 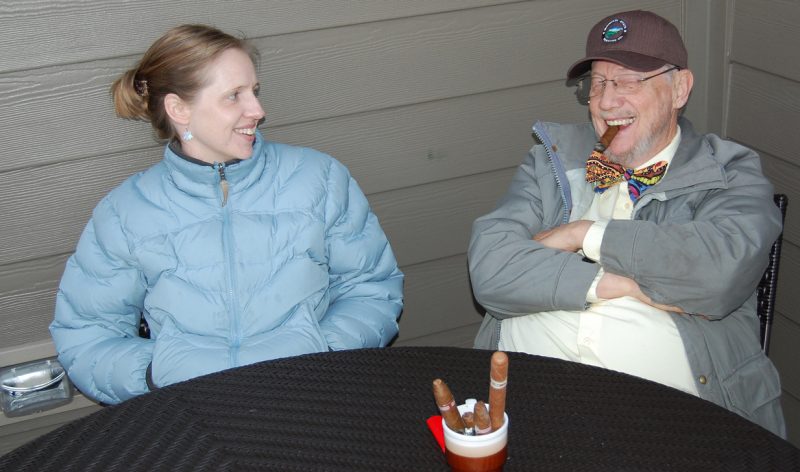