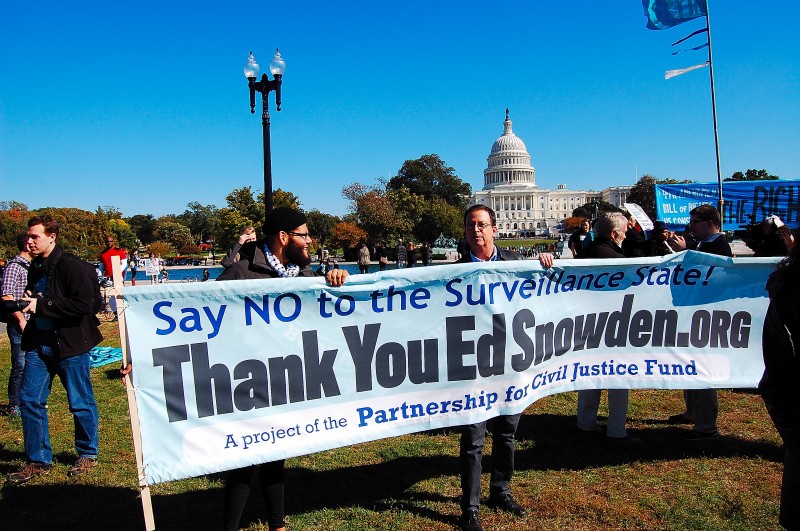 Attorney General Eric Holder & NSA poohbahs should be required to plead guilty before starting any clemency talks with Snowden.  Otherwise, how can Snowden know that the Obama administration is negotiating in good faith?

How many violations of federal law has the NSA committed since January 20, 2009?  How many NSA crimes has Eric Holder helped cover up since he took his oath of office?  Why should that not be considered obstruction of justice?

(The above photo is one of a series I took at the Snowden rally in DC in October; other photos from that event are available here.)

Voting Rights as Bogus Panaceas
How Many Howlers Will Obama Tell In State Of Union Speech Tonight?