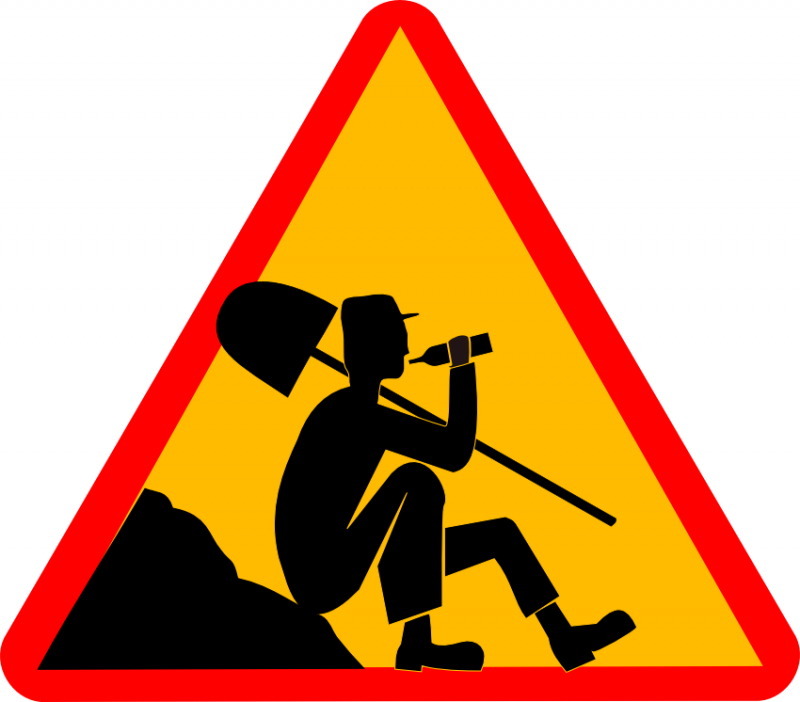 From the February 2014 issue of FFF’s Future of Freedom –

HOW I LEARNED NOT TO SHOVEL

The Obama administration has touted government jobs and training programs as one of the solutions to America’s high unemployment rate. Such programs can teach young people invaluable lessons — especially about the unreliability of political promises to provide kids with valuable skills. I learned a lot about the nature of government work during the summer I spent on the payroll of the Virginia Highway Department, digging postholes, cutting brush, and, best of all, wielding a chainsaw — an experience that proved invaluable for my future work as a journalist.

As a 16-year-old flagman, I held up traffic while highway employees idled away the hours. On hot days in the back part of the county, drivers sometimes tossed me a cold beer as they passed by. Nowadays, such acts of mercy might spark an indictment.

I did “roadkill ridealongs” with Bud, an amiable, jelly-bellied truck driver who was always chewing the cheapest, nastiest ceegar ever made — Swisher Sweets. The cigars I smoked cost a nickel more than Bud’s, but I tried not to put on airs around him.

We were supposed to dig a hole to bury any dead animal along the road. It could take half an hour or longer. Bud’s approach was more efficient. We would get our shovels firmly under the animal — wait until no cars were passing by — and then heave the carcass into the bushes. It was important not to let the job crowd the time available for smoking.

For some reason I was usually assigned to the crew renowned as the biggest slackers south of the Potomac and east of the Alleghenies. Working slowly to slipshod standards was their code of honor. Anyone who worked harder was viewed as a nuisance, if not a menace.

The crew’s foreman looked like he had just stepped out of a Popeye cartoon to announce, “I’d gladly pay you Tuesday for a hamburger today.” His face and even some of his mannerisms were dead-ringers for Wimpy. He was lackadaisical about everything except quitting time.

His No. 2 guy was John — a stocky, boisterous fellow with dancing eyes who was happiest when he was tearing up a road with a bulldozer, especially if the road didn’t need ravaging.

To not shovel right, the shovel handle should rest above the belt buckle while one leans slightly forward. It’s important not to have both hands in your pockets while leaning, since that could prevent onlookers from recognizing “Work in Progress.” The key is to appear to be studiously calculating where your next burst of effort will provide maximum returns for the task. One should exude the same keen-eyed concentration a falcon shows before swooping down on its prey.

One of this crew’s tasks that summer was to build a new road. John was indignant: “Why does the state government have us do this? Private businesses could build the road much more efficiently, and cheaper, too.” I was puzzled by his comment, but by the end of the summer I heartily agreed. The Highway Department could not competently organize anything more complex than painting stripes in the middle of a road. Even the placement of highway direction signs was routinely botched. The more highway officials became involved in a decision, the more certain the final result would be imbecilic. The bureaucracy seemingly conspired against the intelligence of each of its members.

That highway department job also helped me recognize the folly of the war on drugs. A couple times a week, a bright orange dump truck toting a cage full of convicts from a nearby state prison pulled up to our work sites. A glowering prison guard with a shaved head and a pump-action shotgun propped against his beer belly waddled out behind the truck as his assistant unlocked the cage. Prisoners filed out to pick up a shovel or pick as the guard readied to blast anyone who took off running.

There were no restrictions on contact with the convicts as long as we didn’t help them escape. The highway crew worked languidly, so there was plenty of time to hear the jailbirds’ life stories. Some of them were behind bars for savage rampages — like the sullen, Hulk-sized white dude who beat the hell out of his girlfriend’s husband. I never aspired to test the boundaries of that guy’s sense of humor.

A few black convicts on the road gang had been busted for drug dealing. Two years earlier, Richard Nixon had proclaimed that drugs were “public enemy number one” and that drug use was a “national emergency.” Prosecutors around the nation took the cue and started bagging more narcotics offenders.

I often shot the bull with an amiable mid-20s black guy from Richmond, Va. The colorful bandana stretched across his head trumpeted his disdain for drab prison garb. He admitted to me that he had been a dealer but swore he’d never met the key trial witness who claimed to have bought heroin from him. He didn’t seem particularly bitter about doing time but was convinced the justice system was full of malarkey.

He was already halfway through his prison sentence and was counting on getting out early for good behavior. Unfortunately, thanks largely to mandatory-minimum laws, the number of drug offenders in prisons rose tenfold between 1980 and 2005, spawning a vast prison-industrial complex. More people were locked up for drug offenses than for violent crimes, and possessing trace amounts of cocaine was often punished with
longer sentences than rape, murder, or child molesting.

Prior to slacking with the highway department, I worked two summers in an orchard. The convict road gang didn’t seem that different from some of the down-and-out guys who sweated for $1.40 an hour to fill metal buckets around their necks with cursedly fuzzy peaches. At least convicts never showed up drunk at the start of the workday. But the judicial system increasingly treated narcotics violators as demons who needed to be scourged, not as human beings who transgressed an arbitrary line between licit and illicit conduct.

Several convicts bragged to me that summer long ago about having access to the best illicit drugs. Government could not even control its own prisons, much less all the street corners in the land. In the following decades, one campaign after another was launched to banish drugs from prisons. In 1999 Bill Clinton proudly announced an initiative for “zero tolerance for drugs in prison,” plowing more millions into K-9 teams and new drug-detection technologies. That effort was a dismal failure — highlighted spectacularly in the recent indictments spurred by the takeover of a Baltimore prison by the Black Guerilla Gang.

There was one exception to the highway job’s languid cadence. From 4:30 onwards each work day, teams returned to headquarters and commenced The Big Fret. Employees congregated in a sitting room to await silently, almost breathlessly. There was no clock on the wall, but — at some moment — one of the veterans decided it was 5 p.m. and they all jumped up like they were fleeing a ship that had just struck an iceberg. They sweated more in the last 15 minutes than all the rest of the day.

That was a dream job for me in some ways — it paid 40 percent more than picking peaches and required far less effort. While I easily acclimated to the Highway Department’s lethargy, I was pure hustle at the Heckman Bindery, where I worked Friday nights unloading trucks full of boxes of old books. That gig paid a flat rate, cash on the barrelhead, which often worked out to double or triple the Highway Department wage.

The goal with the Highway Department was to conserve energy, while the goal at the bindery was to conserve time — to finish as quickly as possible and move on to better things. With government work, time routinely acquired a negative value — something to be “killed.” And I sensed that killing time was a crime against life itself.

Politicians have proliferated job and training programs despite the evidence of the harm they inflict. The Government Accountability Office (previously the General Accounting Office) warned that many teens in federal summer jobs programs “regressed in their conception of what should reasonably be required in return for wages paid.” A decade later, GAO reported that most urban teens “were exposed to a worksite where good work habits were not learned or reinforced.” In 1985, a National Academy of Science study found that government jobs and training programs isolated disadvantaged youth, thus making it harder for them to fit into the real job market.

Things have not gotten any better in recent times. The Obama administration bankrolled a profusion of summer jobs as part of its stimulus package. In Boston teens on the federal payroll donned puppets to greet aquarium visitors, while in D.C., the members of the Green Summer Jobs Corps maintained schoolyard butterfly habitats. In Florida the summer job enlistees “practiced firm handshakes to ensure that employers quickly understand their serious intent to work,” the Orlando Sentinel reported. Such “skills” are no substitute for what young people would learn from real private jobs.

The government has always been radically incompetent at imparting bona fide skills or good work habits. Unfortunately, as long as politicians can profit from handing out jobs and paychecks, the waste and character damage will continue.

Tagline: Bovard is the author of Public Policy Hooligan, from which portions of  this article were adapted.  He is also a policy advisor for the Future of Freedom Foundation and the author of Attention Deficit Democracy (2006), Lost Rights: The Destruction of American Liberty (1994), and other books.

The illustration is public domain artwork from www.wpclipart.org

5 Responses to FFF: How I Learned Not to Shovel