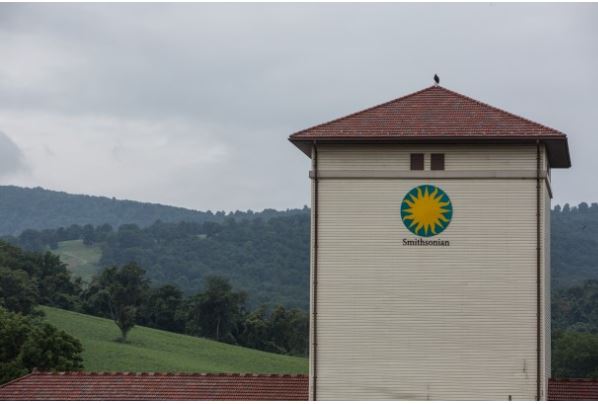 OK, maybe “maligns” is too strong of a word.  The Washington Post has a front page article today on the Smithsonian Conservation Biology Institute, located just south of Front Royal, Virginia.  The Smithsonian research facility is on the same turf that was the Beef Cattle Research Station where I grew up.  The Post article mentions that the Smithsonian researchers are using artificial insemination to save endangered species.  In the late 1950s and early 1960s, my father (an animal geneticist) helped conduct some of the early experiments with artificial insemination with cattle.  (As far as I know, I was conceived naturally.)

The Post included the above photo of the granary that trademarks that site.  But their photo they chose is shamefully anemic – it slanders the entire terrain.  Here’s a few photos I have done of the same building when I have visited my old stomping grounds.  Below those photos is the riff from Public Policy Hooligan on the history of that site – from U.S. Army cavalry training site to beef cattle to rare and exotic animals.  What’s next? Converting it into a storage facility for escaped congressmen? 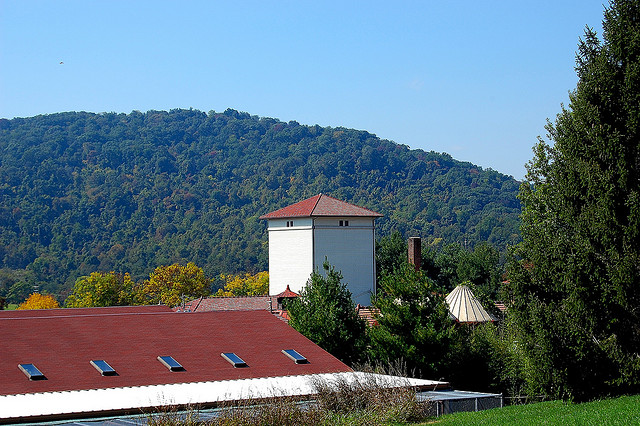 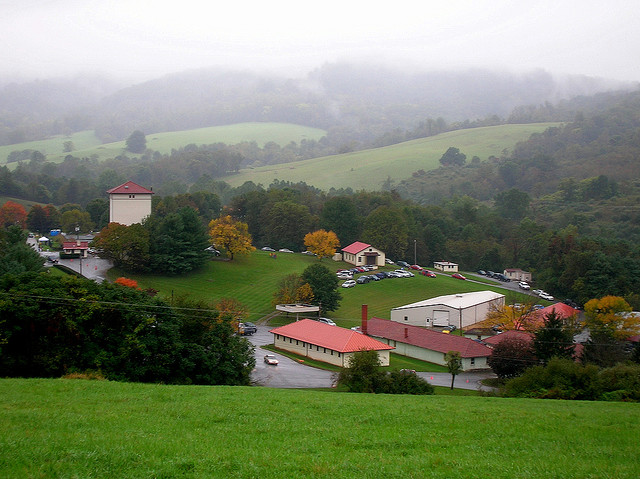 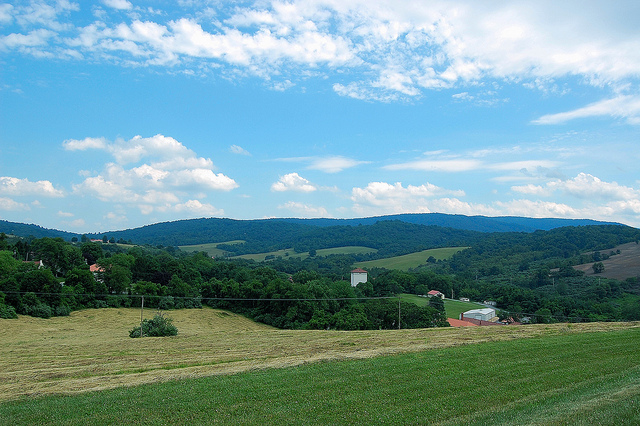 A @1937 postcard showing the granary and its glorious background – 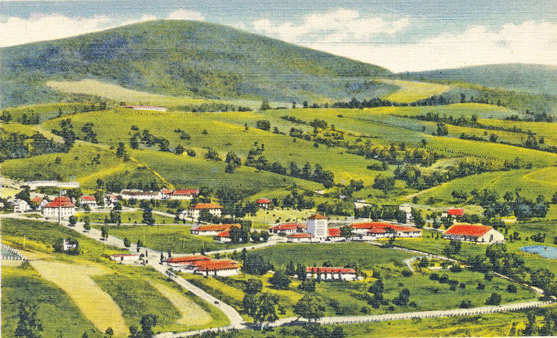 … I was raised on a mountainside a few miles south of a place formerly known as Helltown. The convergence of two forks of the Shenandoah River and a gap in the Blue Ridge Mountains produced an “abundance of rough and wild mountaineers and river travelers who came into town looking for whiskey and women,” according to one chronicler. The town was eventually re-christened as Front Royal, a name more conducive to robust land values.

I grew up on a six-square-mile Beef Cattle Research Station that had previously served as an Army Remount center. After the paltry performance of the U.S. cavalry during the Spanish-American War, the military brass sought more full-time training facilities. The steep hills and mountains 70 miles west of Washington fit the bill. General “Black Jack” Pershing’s 1916 expedition to Mexico included horses trained at the Remount, but it wasn’t their fault Pancho Villa got away. During World War One, the Remount trained and sent thousands of horses to be slaughtered on the battlefields and in the restaurants of France. In the 1930s, General George S. Patton visited to oversee cavalry training. During World War Two, the Remount was occupied by Rommel’s Afrika Korps, remnants of whom arrived as prisoners of war and quickly won respect far and wide for their work ethic.

In 1948, the Army admitted the cavalry’s glory days were past and transferred the land to the Agriculture Department. Nine years later, my father was hired as a geneticist to research the impact of crossbreeding, feed additives, and other variables on a thousand cattle. Beef was hallowed in our household and vegetarianism was the one unforgivable sin…

Most of the beef cattle station’s infrastructure was leftover from the Army. The school bus stopped next to a square red-tile-topped granary that, when I was young, seemed as tall as the Empire State Building. Atop one of the most prominent hills was a quarter-mile, grass-covered race track next to a horse cemetery stocked with Kentucky Derby winners.

As a boy, I sauntered atop long stone walls built by Italian and German POWs. On one ridge was a glorious turret crafted from a colorful array of rocks that could have been plucked from a medieval castle. It offered panoramic views of the valley stretching towards Front Royal, the highway that replaced the Indian trail leading to Virginia’s Piedmont region, and pastures and forest and mountains as far as the eye could see. I was stunned one day to discover the September 1967 issue of Playboy in that turret. Scrutinizing that issue forever biased me in favor of girls who wore glasses.

Because the station was on the far side of one of the first Virginian mountains outside D.C., it doubled as a “continuity of government” backup site for the State Department in case the Soviets nuked the nation’s capital. A few buildings were chock-full of secret equipment. I didn’t pay much attention to them since foreign affairs didn’t interest me. Besides, those buildings were locked far more securely than others on the station. Atop one hilltop was a super-advanced microwave radio tower to maintain contact with the president and the Pentagon during a national catastrophe….

7 Responses to Wash. Post Maligns Mountainside Where I was Raised?