I was stunned that Maryland voters gave the heave-ho to Democratic gubernatorial candidate Anthony Brown yesterday.  Obama’s “Mini-Me” never recovered from his role as the mastermind of perhaps the most disastrous ObamaCare Internet site rollout in the country.  Plus, the dude seemed like a rascal from the get-go.

OK, so I wasn’t in his victory parade – but I accidentally participated with him in the Rockville Memorial Day parade earlier this year.  It wasn’t my fault  –  maybe I was distracted by the garish Gaithersburg Police Humvee and did not notice where I was supposed to exit the parade route. Here’s the story-

I was out biking that morning and finished up by swinging into Rockville Town Center to get incensed by politicians milking hell out of Memorial Day. The speeches at a poppy wreath dedication were the usual “they died for your freedom” trope – and thus all the politicians that sent troops to die are absolved. The unctuous mayor of Rockville was the emcee, and her blather was enough to make listeners wish they were deaf. 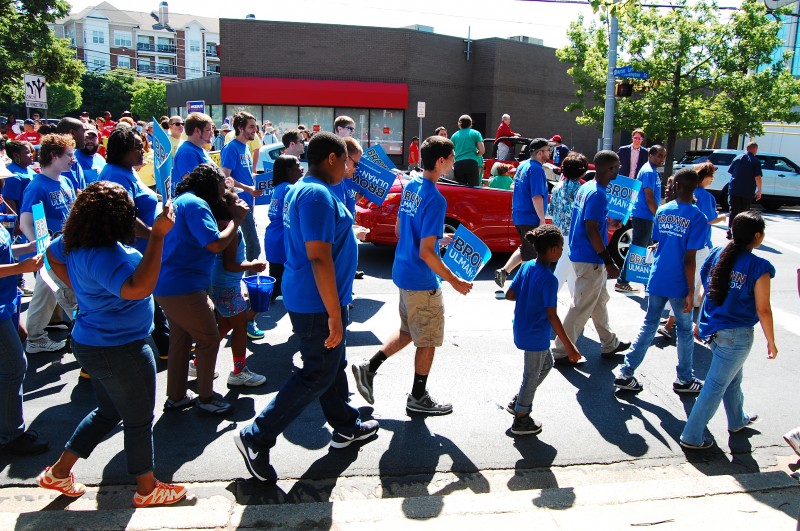 There was a half hour break between the belated end of the speeches and the start of the Memorial Day parade – so I roamed a mile or two north out to where the marching groups were assembling.

There I saw the mayor sitting there in the back of a convertible like a homecoming queen, smiling as if people actually gave a damn who she was. She would be followed by half a dozen other local pols and candidates in convertibles.  Anthony Brown was there, and he had a flock of volunteers wearing his t-shirts and looking like they were the advance guard of a progressive era. Or at least a vast expansion of government jobs for Brown’s followers. Brown was acting like he was on the way to his coronation by voters later that year. (He easily won the Democratic primary for governor a few weeks later.) Brown tub-thumped about his military service in Iraq as if both Brown and the war itself had been a glorious success. 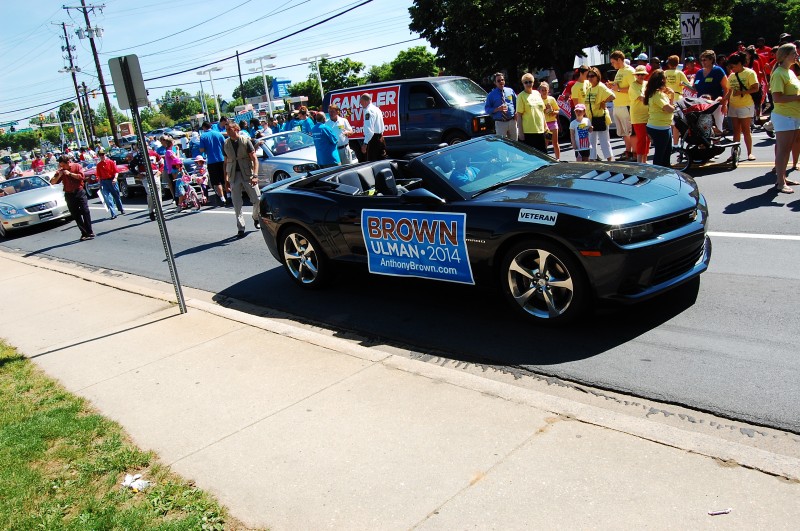 I wasn’t causing any trouble when, out of nowhere, the mayor started throwing candy to nearby little kids. The tykes scrambled like dogs fighting for a bone, and the mayor beamed and threw more Tootsie Rolls. Brown’s troop were also throwing out candy to onlookers. This is Maryland politics reduced to a 100 calorie thumbnail.

The mayor’s convertible took off for the parade and I figured I’d trail it – at least until I got kicked off the street. At that point, the parade was haphazard; units were getting launched far too slowly, leaving big gaps between performers.

To get a good photo of the mayor dispensing goodies, I realized that I needed to be in front of her. I saw where the parade was heading and took a turn down a street seeking the best chance for a good shot.  And then I noticed – OOPS – that the sidewalks were fenced in and people 4 to 5 deep were waiting to see the parade.   The mayor’s convertible turned into the street behind me –  – there was no graceful way to go back – and the only thing ahead of me was the Rockville Police military-style color guard.  So I biked along for a couple blocks between the mayor and the color guard – including past the reviewing booth and emcee.

People were gawking: “What the hell is he doing in the parade?” I finally found a break in the fencing.  As I was taking my bike through it, some old lady growled at me: “People probably thought you were a clown!”

I didn’t stick around to see Brown’s contingent pass by the reviewing stand, but a Washington Post story later detailed how Brown had been barking out orders to his street walkers the whole way through the parade.

Folks were snapping endless photos that day and I checked on Flickr to see if any shots of a wayward cyclist turned up. No luck. 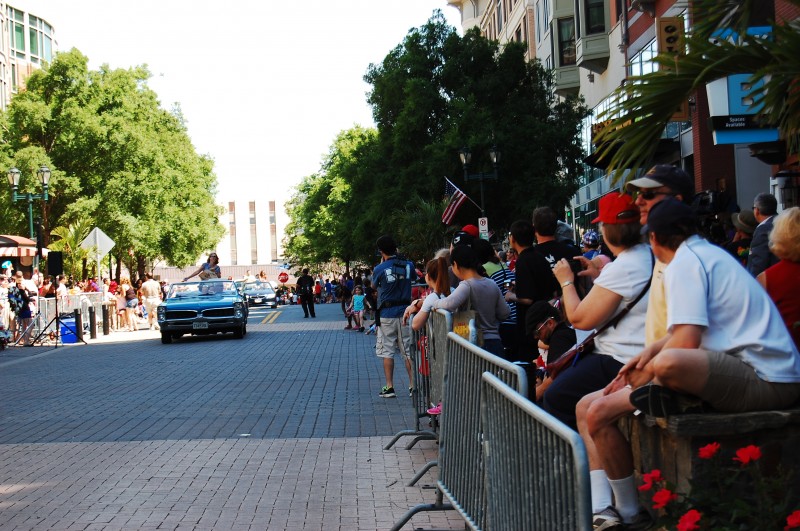 4 Responses to Me and Anthony Brown’s Victory Parade