Peter Boyles and I had a great chat on the cover-up of the potential Saudi role in the 9/11 attacks on KNUS radio in Denver this morning (spurred by my USA Today oped on that topic).  Peter is one of the best informed talk show hosts I have spoken with in a long time.  He was blunt that the case for invading Iraq was concocted and he wants to know the truth behind the Bush administration’s machinations. And he stressed that the U.S. government tortured confessions from detainees to justify the invasion of Iraq.

In the first minutes of the interview, he kindly drew out my bio after labeling me a “Pittsburgh homey.”  And I appreciated that he loved the title of Public Policy Hooligan.   The MP3 files of the interview are just below a few of my outtake lines from the interview:

*We cannot have self-government if politicians can con the nation into war.

*The federal government is blindfolding the American people and dragging us into another Middle East quagmire.

*The Bush admin. dropped an Iron Curtain around 9/11 & intentionally misled the American people.

*The 2002 congressional report showed that federal agencies massively screwed up & paved the way to 9/11.

*Walter Jones is almost a novelty – a member of Congress who learns. He has shown great courage in risking his career to stand up for what he believes in.

* Politicians have learned that saber rattling brings in very large contributions from billionaires.

* We know that the Saudis are sowing all kinds of chaos in the Middle East now -bankroling ISIS, bombing Yemen, itching to overthrow the Syrian govt…

*Thanks to presidential records laws, we may have to wait 25 years or longer to learn the real reasons why Bush invaded Iraq.

*We have Attention Deficit Democracy on Capitol Hill – most congressmen are ignorant on most of the things they vote on.

*We have no idea who the good guys or bad guys are in the Middle East – if there are any good guys.

* The U.S. government has been off the leash of the law and the Constitution for many years, back to the Vietnam war

Boyles asked me what I thought would happen if and when the truth about 9/11 came out.  I replied, “There have been so many times since 9/11 that damning information would come out and I thought – “This is finally going to wake people up!”  There were revelations about the torture scandal that I thought would enrage people convince them the government had gone too far. But I have been wrong every time.  The fact is, I have been far too optimistic.” 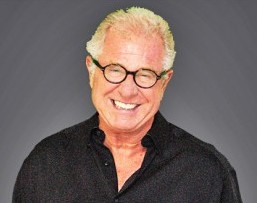