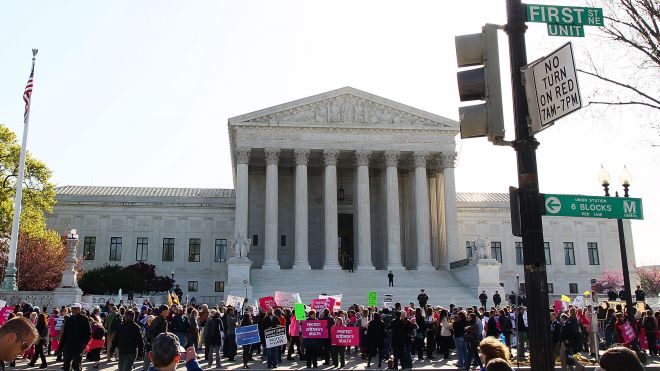 Washington Post’s Al Kamen announced yesterday that he is ending his “In the Loop” column.  Kamen has set the gold standard for irony and sarcasm for political and bureaucratic finagling since 1992.   Kamen is a rarity in D.C. – a journalist more likely to scoff than to curtsy to the Powers That Be.

Here is his amusing 1995 writeup of my ejection from the Supreme Court because I failed to obey their secret fashion regulations:

** Once in Court, His Shirt Lost Its Appeal
There was freelancer James Bovard yesterday in the front row of the press section at the Supreme Court minding his own business: on assignment from Playboy magazine to cover oral arguments in a case about whether police officers with warrants must knock before entering a home.
About 15 minutes into the argument, a court police officer approached Bovard and told him to move to a rear alcove.
Seems Bovard had violated a Supreme Court rule — one that veteran reporters had never seen enforced — that asks the press sitting in the first two rows of the reserved section to follow the same dress code as those in the section reserved for the bar: coats and ties, general business attire.
It could not be learned whether the court police acted on their own or were prompted by a displeased justice.
A miffed Bovard says it’s not like he had on a T-shirt or anything. It was a light blue, striped, “fancy business shirt” that was from “Lord & Taylor.”
Maybe he should try Brooks Brothers.

***Here’s a little background on the eviction adapted from Public Policy Hooligan and from a speech I gave to the Property Rights Foundation of America:

SUPREME FASHION OFFENDER
Starting in the early 1990s, I wrote often about asset forfeiture. I walloped one proposal in the Wall Street Journal: “The kind of asset-forfeiture law Mr. Clinton is proposing allows confiscation via accusation: A federal agent need only accuse a person of an illegal act for that person’s house, land or car effectively to become the property of the federal government.” The feds were seizing property based on mere rumors and gossip — hearsay evidence — and then requiring their victims to provide iron-clad proof of ownership to reclaim their goods.

This was typical of how the government slants the playing field against citizens’ rights. I began writing more about civil liberties abuses with each passing year.

In 1995, I visited the sacred burial ground of Americans’ rights and liberties — the Supreme Court. Working on an article for Playboy, I went to watch lawyers argue a case about a no-knock raid on an pennyante Arkansas drug dealer.  No-knock raids were routinely carried out by SWAT teams wearing masks and black Ninja outfits and toting submachine guns. And what did it take to justify government effectively declaring war on its own citizens?

Flush toilets. Law enforcement agencies were paranoid that the slightest delay in barging in could allow residents to flush away small amounts of drugs. The Clinton administration told the Supreme Court that “if the officers knew that . . . the premises contain no plumbing facilities . . . then invocation of the destruction-of-evidence justification for an unannounced entry would be unreasonable.” And only then would a no knock raid NOT be justified.

I was appalled at the cravenness at the Supreme Court. I watched lawyers grovel before the Justices like slaves trying to avoid a whipping. Some Justices would browbeat lawyers in front of them without mercy. When Chief Justice William Rehnquist mocked one lawyer’s assertion, everyone in the house responded with a polite chuckle.

When the lawyer who was representing the woman whose house was raided followed up with a good quip, I laughed heartily. And then I noticed that all the Justices — and dang near everybody else in the courtroom — turned and stared in my direction.

I did not realize that there were different standards for laughter, depending on whether the jokester was wearing a bat suit. Admittedly, my laugh can be boisterous at times. I’ve heard that people have used tape recordings of my laugh to frighten away flocks of crows.

A few moments later, I was tapped on the shoulder by a police officer & evicted from the press box. Turns out there was a rule that reporters had to be wearing a coat and tie — a rule that was never enforced before.

It wasn’t like I was wearing bib-overalls — I had on a business shirt with no visible cigar burn holes. When a Washington Post reporter asked me to describe the shirt, I said it was light blue, striped, and from Lord & Taylor. The Post writer concluded that maybe I “should try Brooks Brothers.”

And people wonder why I don’t fit into Washington…

The following year. The court upheld city of Detroit’s confiscation of a Pontiac jointly owned by a married couple after police caught the husband, John Bennis, getting tooted by a prostitute on the front seat. There was never any evidence that the wife had consented to that use of their vehicle. But the Clinton administration implied in a court brief that Tina Bennis was complicit because she failed to take “all reasonable steps” to prevent the illegal use of the vehicle. (This was two years before Mr. Clinton had some difficulties with an intern… which I don’t recall the White House blaming Hillary). Chief Justice Rehnquist based his decision on an 1827 case involving the seizure of a Spanish pirate ship that had attacked U.S. ships. Regrettably, Rehnquist did not deign to explain the legal equivalence of piracy in the 1820s and contemporary fellatio. I lampooned the decision in a Playboy piece titled “Blown Away.”