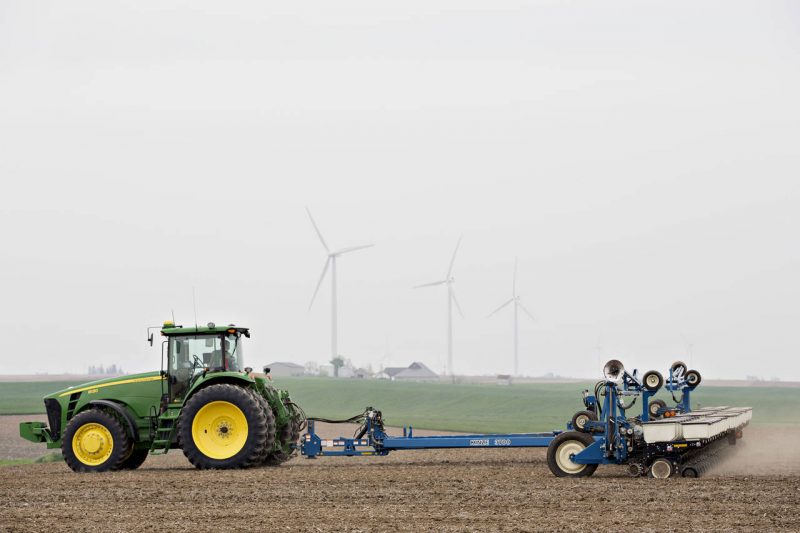 Farmers Should Farm for a Living

And politicians should stop dishing out the pork.

The U.S. Department of Agriculture forecasts that spending for federal farm-commodity programs will increase eightfold from 2015 to 2017. Since the 1930s, Congress has rarely missed a chance to shower rural America with more subsidies. With farmers in every state, farm-budget discipline can only come from the White House, but President Barack Obama rarely resisted unjustified handouts for wealthy landowners.

The names of subsidy programs are changed every decade or two to support the illusions of reform. The 1996 Freedom to Farm Act replaced longstanding subsidy programs with payments that supposedly would ease a transition to reliance on markets. The handouts to help the transition were three times larger than what farmers would have received under the old programs.

Soon to Be Discredited

Giving direct payments to farmers became unpopular in the 21st century, so the five-year farm bill of 2014 replaced the transition with new, heavily subsidized programs purportedly providing insurance against price declines and other adverse facts of life.

As Scott Faber of the Environmental Working Group observed, “We’re replacing a discredited subsidy with a soon-to-be discredited subsidy.” An EWG analysis found that the new program could give farmers in some Midwest states up to eight times as much per acre as under the previous program.

The farm bill that Obama signed in 2014 is already far more expensive than the administration and Congress promised. The Congressional Budget Office estimated that the insurance outlays between now and 2018 will cost $20 billion—70% more than predicted in 2014. Subsidies now account for 25% of net farm income.

Obama merely perpetuated farm policies that began long before he was born. The USDA perennially hoists the U.S. price of sugar to double or triple the world sugar price, costing consumers $3 billion a year. Despite the aid, the number of sugar growers has declined by almost 50% in recent decades to fewer than 6,000.

Food manufacturers that use sugar are held hostage to a byzantine combination of price supports and arbitrary import restrictions that make producing candy far more expensive here than abroad. Since 1997, sugar policy has zapped more than 120,000 jobs in food manufacturing, according to a study by Agralytica, an economic consulting firm.

Peanuts are another example of mindless Washington, D.C., meddling. When the U.S. peanut program was launched in the 1930s, the federal government gave favored farmers licenses to grow peanuts, and outlawed anyone else from planting the legumes. Congress ended the peanut-licensing scheme in 2002 with a $4 billion buyout of the licenses.

Instead of admitting that there was no more justification for subsidizing peanuts than cashews or pecans, Congress created a new program: The 2014 farm bill guaranteed peanut farmers prices much higher than have prevailed for most of this century. No surprises here: Farmers boosted peanut production by more than 20% last year, and market prices plunged.

The cost of peanut subsidies is predicted to rise tenfold between 2015 and next year, reaching $870 million—approaching the farm value of all the peanuts grown in the U.S. The USDA expects to spend up to $50 million a year to store and handle surplus peanuts.

Chief Justice John Roberts, the author of an 8-to-1 ruling against the administration last year, scoffed, “ ‘Let them sell wine’ is probably not much more comforting to the raisin growers than similar retorts have been to others throughout history.” The Justice Department also claimed that there was no “takings” because farmers only lost raisins— not real property (such as land). Chief Justice Roberts retorted, “Raisins are private property, the fruit of the growers’ labor, not public things subject to the absolute control of the state. Any physical taking of them for public use must be accompanied by just compensation.” Obama’s attempt to annul constitutional protection for the vast majority of property in the nation should have been far more controversial.

From Bottles to Tanks

Ethanol is the focus of Obama’s most destructive farm policy. Some 40% of the corn crop is now devoted to ethanol, thanks to federal mandates that helped quadruple the price of corn between 2005 and 2011. Even though ethanol boosts smog, damages gasoline engines, and raises the price of meat by raising the price of corn for animal feed, the Obama administration wants to force people to use even more of it.

Buying votes is the only farm policy that most politicians understand. According to a USDA-financed report from the Food Marketing Policy Center of the University of Connecticut, “For every dollar invested in contributions to political action committees, farm groups obtained on average approximately $2,132 in policy transfers.” (Policy transfers is a nice way of saying unearned cash in farmers’ pockets.)

The Center for Responsive Politics tallied more than $45 million in federal campaign contributions by agricultural interests during the Obama administration, to say nothing of some $250 million in reported lobbying expenses. Congressmen repay these favors by providing a license to pilfer consumers at grocery checkouts.

The Obama era provides fresh proof that politicians are unfit to manage agriculture. The only way to fix farm programs is to abolish them. Otherwise, it is only a matter of time until farm-state members of Congress launch another raid on the Treasury.