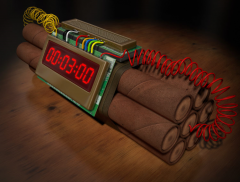 The Great Democracy Scam of 2016

No matter who wins the presidential election next month, the media and the political class will whoop up the result as another triumph of American democracy. Regardless that the winning candidate’s path to power was paved with lies and shenanigans, we will be assured that “the system works.” But the only certainty at this point is that America will have another bad president for the next four years.

Only 9 percent of Americans cast a ballot during the primaries for one of the two major party candidates. The Democratic National Committee emails disclosed by Wikileaks proved that the Democratic Party did everything it could to stifle popular choice and fix the process to assure that Hillary Clinton received the nomination. On the Republican side, Donald Trump ran against a series of self-detonating candidates. There was nothing at the end of that race for old-fashioned G.O.P. voters who preferred a candidate who at least pretended he would obey the law.

We’ve Been Voting for “The Lesser Evil” for Many Years

Surveys show that most voters this year will choose a candidate based on who they consider the “lesser evil.” But this has been standard fare in elections for decades. A New York Times story on the eve of the 1996 presidential election quoted one voter who summarized the reality of modern democracy: “It’s a question of who can hurt us the least. I don’t think Mr. Clinton is going to hurt us, because he’s got too many other things to worry about” (referring to the Whitewater, Paula Jones, and other scandals).

The sanction of “lesser evil” elections is paltry compared to that of elections won by a candidate who stands for the ideas and principles shared by a majority of voters. The fiction of majority rule provides a license to impose unlimited controls on the majority and everybody else.

Because modern presidents combine vast arbitrary power, pervasive secrecy, and a docile media, they can usually do as they please. Rather than a democracy, we increasingly have an elective dictatorship. People are merely permitted to choose who will violate the laws and trample the Constitution.

The Mythology of Democracy

Modern democracy is based on faith that the people can control what they do not understand. Election results are often only a one-day snapshot of transient mass delusions. Most voters make little or no effort to understand the policies that increasingly dominate their lives. Even policies which decimate the savings of scores of millions of Americans, such as the Federal Reserve’s zero interest policy, rarely if ever show up on the radar screen. When candidates do discuss federal policies, they are confident most listeners do not know enough to recognize malarkey when they hear it.

After election day, pundits and politicians will remind us that the winning candidate will boss us around because he or she has “the consent of the governed.” But, rather than magic wands to direct government, voting levers are now unreliable Kevlar jackets against political and bureaucratic attacks. Regardless of how people vote, the National Security Agency will still read their emails, the Internal Revenue Service will still have power to hammer who it pleases, and federal agents will continue to have a de facto license to kill.

Voting is now a way of conferring power and honors on politicians, rather than a method of reining in rulers. In the early American Republic, candidates would stress their fidelity to the Constitution. But the Constitution has long since vanished from the campaign trail, replaced by competing promises of new handouts and fiercer attacks on imagined perils.

The mythology of American democracy is being beaten like a rented mule this year. It is time to recognize how the government and much of the media have sought to make people submit via the same type of delusions that long propped up monarchs. In the 1500s, peasants were encouraged to believe that the king was chosen by God to serve His purposes on Earth. Today, Americans are encouraged to believe that a presidential candidate’s election is a sign of divine approval of his victory. In the 1600s, English yeomen were told that any limit on the king’s power was an affront to God. Today, Americans are told that any restraint on the president’s power thwarts the Will of the People. In the 1700s, the downtrodden of Europe were told that their king possessed the sum of all Earthly wisdom. Today, people are encouraged to believe that the president and his top cadre practically know all and see all and need boundless power to keep people safe. In the early 1800s, people were encouraged to believe that kings automatically cared about their subjects, simply because that was the nature of kings. Now, people are taught that the government automatically serves the people, simply because a plurality of voters assented to one of the politicians the major parties offered them.

Almost 200 years ago, Sen. John Taylor of Virginia warned: “Self-government is flattered to destroy self-government.” The same Republican and Democrat politicians who are heaping praise on voters pre-election will do little or nothing to stop the next onslaughts from federal agencies issuing dubious or inane rules to bring citizens to their knees. And, when government victims complain, a servile media chorus will remind them that “government is just the people acting together,” as President Bill Clinton declared in 1996.

Democracy is merely a form of government. It is not a mode of salvation. It is not a catapult to the Promised Land. But a democratic government that respects no limits on its own power is a ticking time bomb, waiting to destroy the rights it was created to protect.

Are Americans free simply because they are permitted a perfunctory choice on who will molest their rights and liberties? In the coming years, the most important battles for freedom will take place in the minds and lives of Americans far from the Beltway. But in the meantime, let’s hope that whoever wins in November does not destroy the nation with pointless wars or wreck the economy beyond repair.

Tagline: James Bovard is the author of ten books, including 2012’s Public Policy Hooligan, and 2006’s Attention Deficit Democracy. He has written for the New York Times, Wall Street Journal, Playboy, Washington Post, and many other publications.

2 Responses to Mises: The Great Democracy Scam of 2016