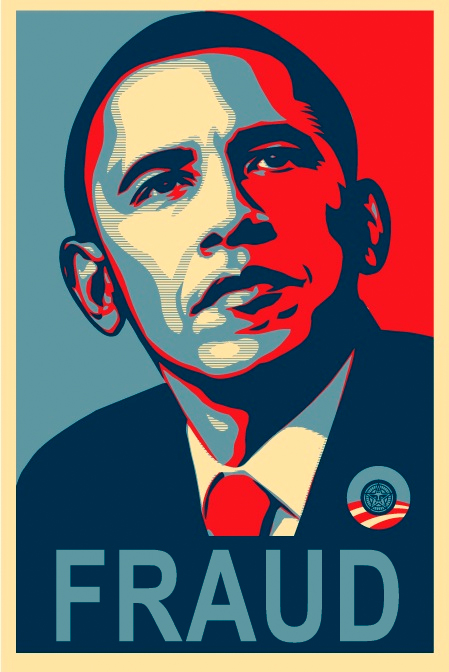 The Fraudulent Obama War on Corruption

The Obama administration wants Americans to believe that it is fiercely anti-corruption. “I have been shocked by the degree to which I find corruption pandemic in the world today,” declared Secretary of State John Kerry at an Anti-Corruption Summit in London last May. Kerry sounded like the French police chief in Casablanca who was “shocked” to discover gambling. Six years ago at the United Nations, Barack Obama proclaimed that the U.S. government is “leading a global effort to combat corruption.” Maybe he forgot to send Kerry the memo.

Much of the teeth-gnashing at that summit involved tax evasion. Politicians pledged to share more data on tax records and corporate ownership to help boost government revenue around the globe. Summit attendees castigated hidden offshore bank accounts — ironically, the same type of accounts used by both British Prime Minister David Cameron and Kerry. A joint communique solemnly pledged to “drive out those lawyers, real estate agents, and accountants who facilitate or are complicit in corruption.”

Kerry proclaimed, “We have to get the global community to come together and have no impunity [sic] to corruption.” But the summit largely ignored the brazen corruption of politicians or how it is fueled by western governments, the World Bank, and the International Monetary Fund. Foreign aid has long been notorious for breeding kleptocracies — governments of thieves. Economic studies have revealed that boosting aid directly increases corruption. Fourteen years ago, George W. Bush promised to reform foreign aid: “We won’t be putting money into a society which is not transparent and corrupt.” (He probably meant “corruption-free.”) But the U.S. aid programs — which cost taxpayers more than $40 billion a year — continue to bankroll many of the world’s most crooked regimes (according to ratings by Transparency International) — including Uzbekistan, Haiti, and Kenya. There is no “Tyrants Need Not Apply” sign at the entrance to the U.S. Agency for International Development.

The Obama administration has valiantly resisted congressional efforts to stop the payouts to political bandits abroad. In 2011, when a House committee sought to curb the abuse, Secretary of State Hillary Clinton warned that restricting handouts to nations that fail anti-corruption tests “has the potential to affect a staggering number of needy aid recipients.”

Since Obama took office, the U.S. government has provided more than $50 billion in foreign aid to Afghanistan — even though that nation’s president, Ashraf Ghani, admitted that his nation is “one of the most corrupt countries on Earth.” Seven years ago, Obama gave Ghani’s predecessor, Hamid Karzai, a six-month deadline to “eradicate corruption,” according to Secretary Clinton. After his re-election campaign was caught stealing more than a million votes, Karzai promised, “Fighting corruption will be the key focus of my second term in office.” Obama’s imperative only accelerated the looting by Afghan government officials and cronies.

Pervasive corruption is a major reason that the Taliban is re-conquering more of that nation each year. At Afghanistan’s premier military hospital, some wounded Afghan soldiers starved to death because they could not afford to bribe the hospital staff for food. Much of the Afghan army is practically bootless because of crooked contracts that deliver shoddy footwear that literally falls apart the first time soldiers wear it. Though Afghanistan has notoriously bitter winters, tens of thousands of its troops have not been issued “cold weather gear,” such as gloves and hats, according to Special Inspector General for Afghanistan John Sopko.

Kerry promised that the United States would help fund a Global Consortium of Civil Society and Investigative Journalists against Corruption. But on the home front, the Obama administration has scourged persons who disclosed federal abuses. In Obama’s eyes, leaking classified information to the media is the legal and moral equivalent of spying for a hostile government.

Obama’s Justice Department launched more than twice as many federal prosecutions for Espionage Act violations as all previous administrations combined. When Obama took office, the United States was ranked as having the 20th-most-free press in the world, according to the Reporters Without Borders’ World Press Freedom Index — in the same league as Germany and Japan. By 2016, it had fallen to 41st — worse than South Africa and barely ahead of Botswana. Despite Obama’s boast of running “the most transparent administration in history,” his appointees have helped turn the Freedom of Information Act into a charade.

Kerry joined foreign chieftains in calling for more transparency to fight corruption but he forgot to notify his own State Department. Three days before his speech, the State Department confirmed that it had “lost” all the emails of the I.T. technician who set up the private email server that Hillary Clinton used to illicitly keep her correspondence secret (and to ignore federal law on classified information). Nor have we learned the shady details behind our former secretary of State’s shoveling out scores of billions of dollars and special treatment to foreign governments at the same time the Clinton Foundation collected millions of dollars from some of the beneficiaries. Many of the oppressive nations that donated to the Clinton Foundation saw huge increases in approvals for weapons sales from the United States during Clinton’s time as secretary of State.

U.S. foreign aid is another area apparently exempt from the transparency mandate. AID makes little or no effort to disclose where its money goes. The Brookings Institution and the Center for Global Development reported in 2010 that the U.S. government was among the least transparent aid donors in the world, and that it ranked dead last in “reporting of delivery channels (i.e., exactly who received the money).” Rep Ted Poe (R-Tex.) and former Rep. Jim Kolbe (R–Ariz.) observed in an op-ed, “Most foreign assistance programs operate in the dark. No one really knows how the money got there in the first place or where it is going.”

In his London speech, Kerry boasted of U.S. government plans “to put $70 million into additional integrity initiative [sic] to help with local police training” to curtail “opportunity for bribery and graft.” Unfortunately, the Obama administration plans to continue fueling police graft here in the United States. Obama’s Justice Department recently resumed a widely denounced program to reward local and state law-enforcement agencies for confiscating the property of hapless citizens who have been convicted of no crime. Government agencies routinely keep most of the money they confiscate, sometimes using it to pay bonuses to the lawmen who plundered private citizens. This is one of the most brazen conflicts of interest in contemporary American life — but because it profits the government, the outrage continues. Federal law-enforcement agencies used asset-forfeiture programs in 2014 to seize more property from Americans than all the burglars stole nationwide.

Each summit attendee issued a statement “setting out the concrete actions they will take in order to tackle corruption.” Among other pledges, the U.S. government promised to conduct “Stronger Security Assistance Oversight,” including ensuring that our security assistance also addresses governance goals.” Tell that to the downtrodden Egyptians. The Obama administration continues providing more than a billion dollars a year to the Egyptian military — despite its role in toppling Egypt’s elected president in 2013 (a coup which Kerry bizarrely praised for “restoring democracy”) and slaughtering hundreds, if not thousands, of protestors. On the same day as Kerry’s speech, the Government Accountability Office reported that the State Department persistently violates federal law by providing military equipment to the Egyptian government and totally ignoring the requirement to track Egypt’s “gross human rights violations.” A few days after the summit, Kerry visited Egypt and had no complaints about the U.S.-funded crackdown on the Egyptian people.

In his spiel before a friendly London audience, Kerry recalled, “I used to be a prosecutor. I remember when I did the BCCI — Bank of Commerce, Credit International. We found [Panamanian dictator Manuel] Noriega’s money linked with arms-control money, narcotics money, extremist money…. That’s why accountability under the law is so critical and that’s why I view this discussion as the beginning of something that can help us in the battle against extremism, help us in the battle for strengthening the commitment to rule of law, and giving people across the planet a sense that leaders at the highest level are not, in fact, part of the problem; they’re part of the solution.”

But Kerry was never a prosecutor against BCCI; instead, he was a U.S. senator pursuing the bank and its nefarious dealings. While Kerry proudly excoriated Noriega, he forgot to mention how much money the CIA and other U.S. government agencies had shoveled to that dictator — as long as he was behaving in ways that pleased Washington. Noriega spent several years as the head of Panama’s intelligence agency before he took it over. When President George H.W. Bush invaded Panama to topple Noriega in 1989, many of the sordid details of America’s propping him up suddenly vanished from American political memory. But Noriega is actually the perfect example for Kerry to use on the danger of corruption — except that Kerry did not want to mention the U.S. government’s pro-corruption legacy. Nor did he mention the long legacy of U.S. interventions that subverted democratically elected governments in Latin America.

Perhaps Americans should count their blessings that the London international summit is not likely to spur a new war. Kerry and Obama are correct that corruption is a pestilence ravaging much of the planet. But the administration’s credibility would be boosted if it had not worsened the problem at home and abroad. It is folly to trust politicians to fight corruption that buttresses their power.

This article was originally published in the August 2016 edition of Future of Freedom.