“Truth will out” is the biggest political fairy tale. As an investigative journalist, I have fought federal agencies for decades to squeeze out the details of boondoggles and atrocities. Unfortunately, most government coverups succeed. But there is no such thing as retroactive self-government. As Attorney General Ramsey Clark declared in 1967, “Nothing so diminishes democracy as secrecy.” That’s why whistleblowers like Julian Assange, Wikileaks, Edward Snowden, and other heroic individuals are so important.

This 6 minute podcast includes playful vignettes of the Freedom of Information Act shaftings I’ve had from various federal agencies. I’ve using a difference cadence and microphone settings on this one; I welcome critical feedback. From the Future of Freedom Foundation –

This piece was spurred in part by last week’s USA Today oped, “Julian Assange deserves a Medal of Freedom, not a secret indictment.” 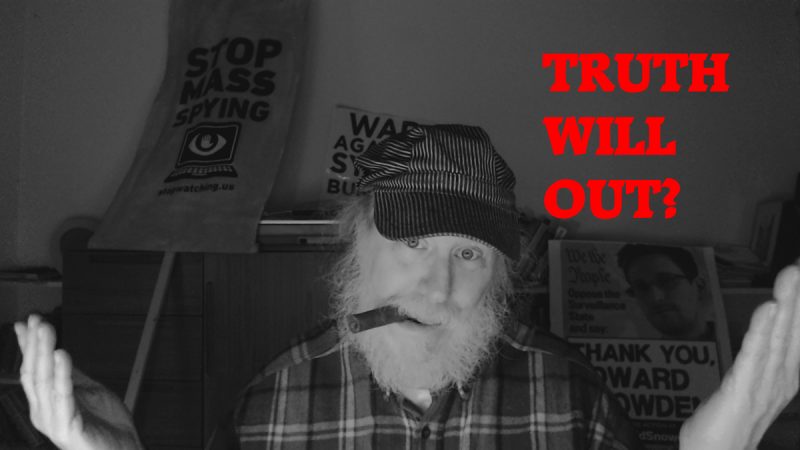 2 Responses to Podcast: The “Truth Will Out” Political Fairy Tale