The late President George H.W. Bush promised “kinder, gentler” policies then revved up the drug war and vastly increased crackdowns across the nation.  Overfilled prisons are part of his forgotten legacy. Bush also hailed DEA agents as “the greatest freedom fighters any nation could have, people who provide freedom from violence and freedom from drugs and freedom from fear.” But people were killing each other over drugs not because of the drugs themselves but because of the illegal nature of the drug business. Drug laws epitomize how government punishment of a victimless crime makes life less safe for almost all Americans.  But admitting such truths would not have been a net plus for Bush’s 1992 reelection campaign. (From Lost Rights: The Destruction of American Liberty, 1994) 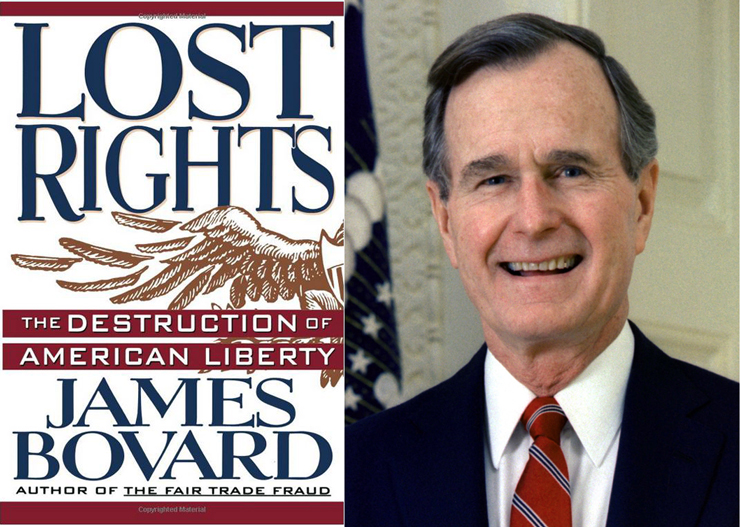