Nine minutes of heresy:  After former President George H.W. Bush died recently, many politicians and pundits sought to put a halo over his head and career, comparing Bush to Jesus and George Washington.  But America still suffers from his debacles at home and abroad. Americans cannot afford to deify deceased presidents whose precedents pose deadly perils to our rights and liberties.   Taped for the Future of Freedom Foundation –  [[BETTER AUDIO BELOW] 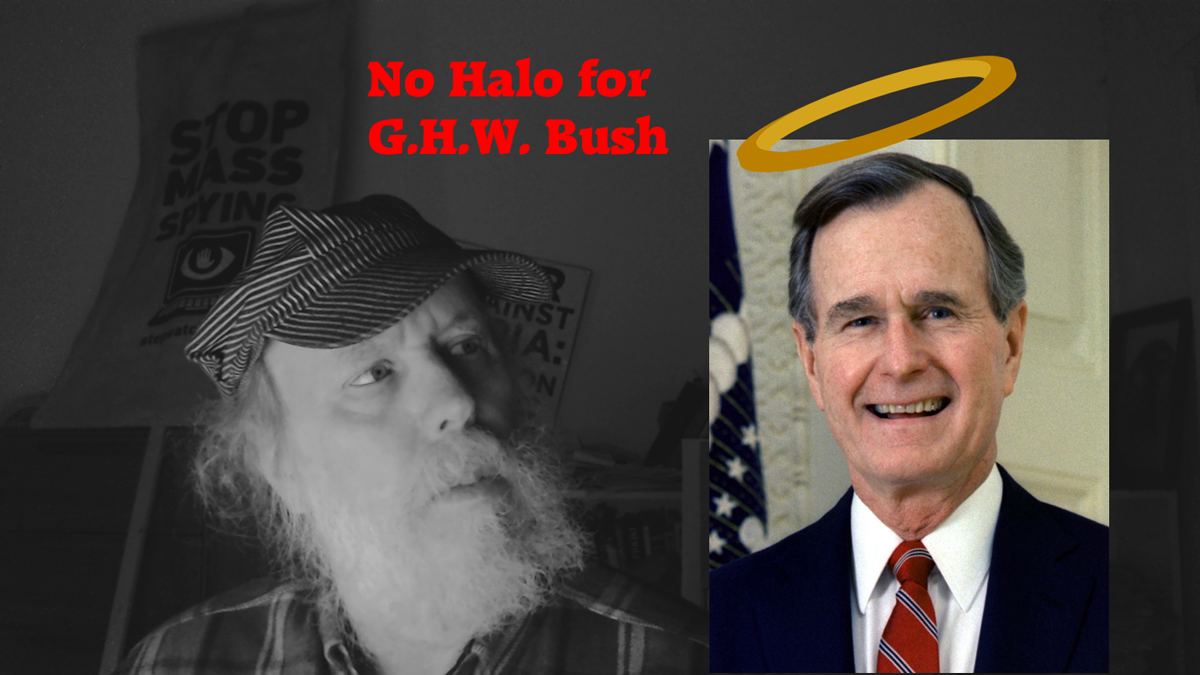 I had planned to use a sardonic smile for that photo for the cover image but after my [redacted] Logitech camcom software crashed 20 times in a row, a scowl was the best I could muster.