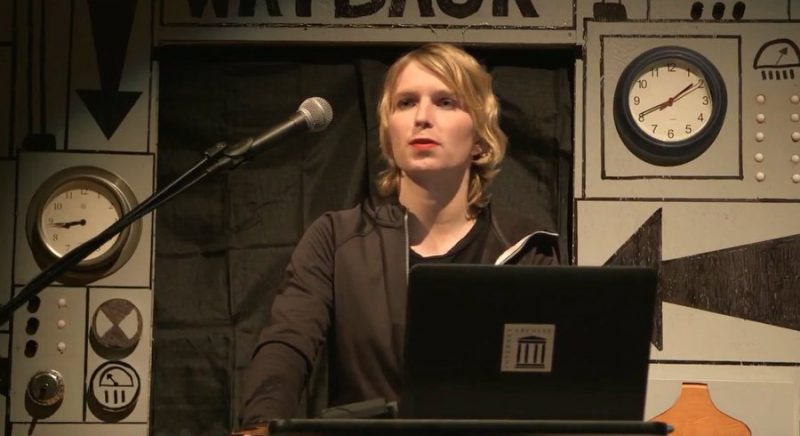 Working with Wikileaks almost a decade ago, Army intelligence analyst Chelsea Manning provided some of the most damning revelations on U.S. foreign policy and military atrocities in Iraq and Afghanistan.  Trump’s Justice Department indicted Wikileaks’ mastermind Julian Assange on 17 counts of espionage.  The feds arm-twisted Manning to testify against Assange, who is apparently suffering like hell while locked up in a British prison while his lawyers fight extradition to the United States (his chances of  a fair trial here are slim and none).  When Manning refused to testify to a grand jury, a judge slapped her with an 18 month jail sentence and a $1000 a day fine.   Manning is in federal lockup in Alexandria, Virginia and could be locked up for most of the next year.  But, as Manning told the judge, “”I would rather starve to death than to change my opinion” on testifying.

Manning explained her refusal to answer questions about the release of information: “In solidarity with many activists facing the odds, I will stand by my principles. I will exhaust every legal remedy available. My legal team continues to challenge the secrecy of these proceedings, and I am prepared to face the consequences of my refusal.”

When Manning was sentenced to 35 years in a disgraceful court martial in 2013, she explained why she provided documents to Wikileaks: “Whenever we killed innocent civilians, instead of accepting responsibility for our conduct, we elected to hide behind the veil of national security and classified information in order to avoid any public accountability.”  Thanks to Manning, Americans learned about  Secretary of State Hillary Clinton’s machinations to steal the credit card numbers of foreign diplomats, the U.S. government’s role in spurring Ethiopia to attack Somalia, the string pulling by U.S. government across Europe to derail investigations of U.S. torture, the U.S. government’s secret, dishonest war in Yemen, and a heap of other outrages. 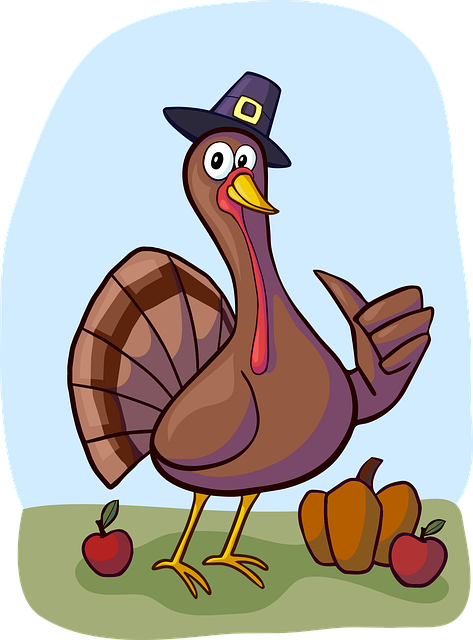 Thanks to the GraphicMama-team from Pixabay for the free image

If you want to preserve or revive freedom, then knowing what the hell government is doing is most helpful.  That’s why we need to cheer and support heroic whistleblowers like Manning and Assange.

Manning is on Twitter and apparently does receive messages there.  I sent Manning a message late Tuesday evening asking the best address or means for people to send their best wishes for Thanksgiving.  Have not heard back so the default  is — https://twitter.com/xychelsea.  It appears that the message option – the little envelope with a circle around it next to the Follow button – is working.  I’m not sure what restrictions may exist in accessing Twitter via federal confinement.

Here is the mailing address for sending letters, cards, or whatever –

Here are a few of my tweets on Manning –

Stephen Colbert deserves an Emmy Award for this 4 minute segment on the Bradley Manning case and trial verdict https://youtube.com/watch?v=_TJDZax426I

Here’s a USA Today oped I wrote last year on  Wikileaks, Manning, and why Julian Assange should get a Presidential Medal of Freedom.

Julian Assange deserves a Medal of Freedom, not a secret indictment

Wikileaks founder Julian Assange has been secretly indicted by the Trump administration’s Justice Department, “a drastic escalation” of the feds’ efforts against him, the New York Times reported. Secretary of State Mike Pompeo has denounced Wikileaks as a “non-state hostile intelligence service” and labeled Assange a “fraud,” “coward,” and “enemy.” But rather than a federal indictment, Assange deserves a tweaked version of one of Washington’s hottest honorifics.

Wikileaks has been in the federal crosshairs since it released scores of thousands of documents exposing lies and atrocities regarding the Afghan and Iraq wars, thanks to leaks from Army corporal Bradley (now Chelsea) Manning. During the 2016 presidential campaign, Wikileaks released emails from the Democratic National Committee showing that its nominating process was rigged to favor Hillary Clinton. During the final month of the campaign, Wikileaks disclosed emails from Clinton campaign chief John Podesta.

Trump loved WikiLeaks when it was convenient

In the final month of the presidential campaign, Donald Trump declared, “I love WikiLeaks” and mentioned it more than a hundred times. However, since Trump took office, he is following Washington protocols and viewing whistleblowers as public enemies.

The Assange indictment is far more threatening than Trump tweets snarling at CNN. The ACLU warns that prosecuting Assange for Wikileaks’ publishing operations would be “unconstitutional” and sets a “dangerous precedent for U.S. journalists, who routinely violate foreign secrecy laws to deliver information vital to the public’s interest.” Trevor Timm of the Freedom of the Press Foundation declared: “Any charges brought against WikiLeaks for their publishing activities pose a profound and incredibly dangerous threat to press freedom.”

It is difficult to appreciate Wikileaks without recognizing how federal secrecy has become far more pervasive and dangerous since 9/11. If someone had massively leaked U.S. government documents on Iraq in January 2003, the Bush administration campaign for war might have been thwarted. The federal government made almost 50 million decisions to classify information last year. Politicians and federal agencies have long recognized that “what people don’t know won’t hurt the government.”

“Truth will out” is the biggest fairy tale in Washington. U.S. troops are now fighting in 14 foreign nations: will the Pentagon tell us all about it? The National Security Agency illegally tracked every citizen’s phone calls: no federal official disclosed the system that a federal judge castigated as an “almost Orwellian” surveillance scheme. And what are the betting odds of Americans seeing the dirt on the U.S. government’s long-term collusion with the Saudi regime (despite its atrocities at home and abroad)?

On the same day the Assange indictment scored headlines, Trump awarded seven Presidential Medals of Freedom. No controversy greeted posthumous awards to Babe Ruth and Elvis Presley — unlike the ruckus regarding Miriam Adelson, wife of Republican super-donor Sheldon Adelson. Public Citizen, a liberal nonprofit, howled that the Adelson award “is just the latest sign of [Trump’s] ability to corrupt and corrode all aspects of the government.” New York Times columnist Paul Krugman caterwauled that it was “ludicrous” and “and an insult to people who received the medal for genuine service.”

In reality, Presidential Medals of Freedom have routinely been exploited to buttress the political establishment, with bevies of awards for political operators, members of Congress, and pliable foreign leaders. President Lyndon Johnson distributed a bushel of Medals of Freedom to his Vietnam War architects and enablers, perhaps as consolation prizes for losing the war. (The medal awarded to Defense Secretary Robert McNamara, whose lies about the war making progress cost thousands of Americans and Vietnamese their lives, fetched $40,625 at an auction a few years ago.) President George W. Bush conferred Medals of Freedom on his Iraq war team, including CIA chief George “Slam Dunk” Tenet,  Iraq viceroy Paul Bremer, and ambassador Ryan Crocker, whom Bush called “America’s Lawrence of Arabia.” Some of the biggest fabulists of the modern era — including Henry Kissinger and Dick Cheney — also pocketed the award.

The controversies over Assange and Adelson provide a serendipitous opportunity to update the freedom awards. Because few things are more perilous to democracy than permitting politicians to coverup crimes, there should be a new Medal of Freedom category commending individuals who have done the most to expose official lies. This particular award could be differentiated by including a little steam whistle atop the medal — vivifying how leaks can prevent a political system from overheating or exploding.

Assange would deserve such a medal — as would Thomas Drake and Edward Snowden (who revealed NSA’s abuses), John Kiriakou (who revealed CIA torture), and Daniel Ellsberg (who leaked the Pentagon Papers). Admittedly, there may be no way to stop presidents from giving steam whistle freedom awards to political donors’ wives.

Organizations like Wikileaks are among the best hopes for rescuing democracy from Leviathan. Unless we presume politicians have a divine right to deceive the governed, America should honor individuals who expose federal crimes. Whistleblowers should be especially welcome by anyone riled up over Trump’s lies.

thanks Pixabay for the free turkey