On Memorial Day, the media do their usual sacralizing of war. Instead, it should be a day for the ritualized scourging of politicians. During the last 70 years, their lies have resulted in the unnecessary deaths of almost 100,000 American soldiers and millions of foreigners. And yet, people still get teary-eyed when politicians take the stage to talk about their devotion to the troops.

On Memorial Day 2011, for instance, the Washington Post included numerous touching photographs of graves, recent widows or fatherless kids by the headstones, and stories of the troops’ sacrifices. The Post buried a short article in the middle of the A-Section (squeezed onto a nearly full-page ad for Mattress Discounters) about the U.S. military killing dozens of Afghan civilians and police in a wayward bombing in some irrelevant Afghan province. The story’s length and placement reflected the usual tacit assumption that any foreigner killed by the U.S. military doesn’t deserve to be treated as fully human.

The Washington Post celebrations of Memorial Day never include any reference to that paper’s culpability in helping the Bush administration deceive America into going to war against Iraq. When Post reporters dug up the facts that exposed the Bush administration’s false claims on the Iraqi peril, editors sometimes ignored or buried their revelations. Washington Post Pentagon correspondent Thomas Ricks complained that in the lead-up to the U.S. invasion of Iraq, “There was an attitude among editors: ‘Look, we’re going to war, why do we even worry about all this contrary stuff?’”

The Post continued aiding the war party by minimizing its sordidness. When the Bush administration’s claims on Iraq’s nuclear-weapons program had collapsed, the Washington Post article on the brazen deceits was headlined, “Depiction of Threat Outgrew Supporting Evidence.” According to Post media columnist Howard Kurtz, the press are obliged to portray politicians as if they are honest. He commented in 2007, “From August 2002 until the war was launched in March of 2003 there were about 140 front-page pieces in the Washington Post making the administration’s case for war. It was, ‘The President said yesterday.’ ‘The Vice President said yesterday.’ ‘The Pentagon said yesterday.’ Well, that’s part of our job. Those people want to speak. We 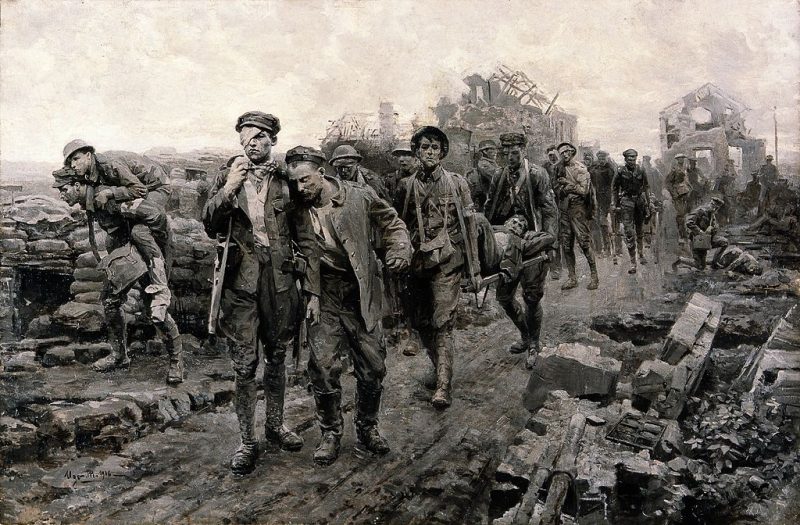 have to provide them a platform. I don’t have [sic] anything wrong with that.”The Post was not alone in its groveling to war. Major television networks behaved like government-owned subsidiaries for much of the period before and during the Iraq War. CNN chief news executive Eason Jordan explained a month after the United States attacked Iraq, “I went to the Pentagon myself several times before the war started and met with important people there and said, for instance, at CNN, ‘Here are the generals we’re thinking of retaining to advise us on the air and off about the war,’ and we got a big thumbs-up on all of them. That was important.” Jessica Yellin, a CNN correspondent who formerly worked for MSNBC, commented in 2008, “When the lead-up to the war began, the press corps was under enormous pressure from corporate executives, frankly, to make sure that this was a war that was presented in a way that was consistent with the patriotic fever in the nation and the president’s high approval ratings.” NBC news anchor Katie Couric stated that there was pressure from “the corporations who own where we work and from the government itself to really squash any kind of dissent or any kind of questioning of it.”Before the war, almost all the broadcast news stories on Iraq originated with the federal government. PBS’ Bill Moyers noted that “of the 414 Iraq stories broadcast on NBC, ABC, and CBS nightly news, from September 2002 until February 2003, almost all the stories could be traced back to sources from the White House, the Pentagon, and the State Department.”But this record of servility and deceit has not slackened the media’s enthusiasm to drench Memorial Day with sanctimony.

In reality, Memorial Day should be a time to remember the government’s crimes against the people. Politicians have perennially sent young Americans to die for false causes or on wild-goose chases.

Over the past century, war memorials have become increasingly popular. However, most of the memorials do little or nothing to inform people of the chicaneries or deceits that paved the way to or perpetuated the war. It would be a vast improvement if each war memorial also had an adjacent monument of major lies—such as an engraved plaque listing the major deceits by which the American public were swayed to support sending American boys off to die for some grand cause. 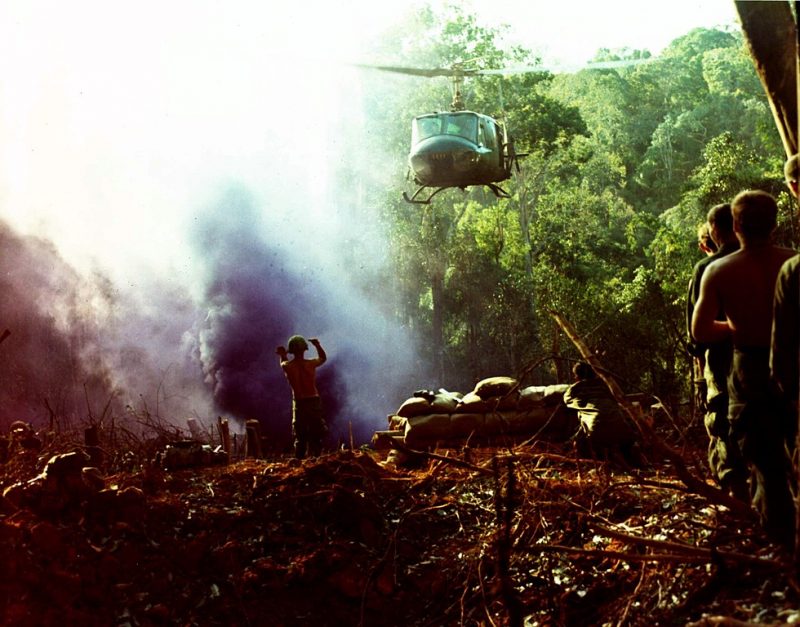 The Vietnam War memorial in Washington, for instance, lists the names of each American killed in that conflict. If that memorial could be complemented by excerpts from the Pentagon Papers—or from some of the major admissions of deceit by some of that war’s policymakers—the effect on the public would be far more uplifting.General Patton said that an ounce of sweat can save a pint of blood. Similarly, a few hours studying the lessons of history can prevent heaps of grave-digging in the coming years. President Trump has saber-rattled against Iran, North Korea, Syria, and other nations. His bellicose rhetoric should spur Americans to review the follies and frauds of past wars before it is too late to stop the next pointless bloodbath.Memorial Day can benefit from the creativity of free spirits across the board. Tom Blanton, the mastermind of the website Project for a New American Revolution, proposed in an exchange on my website changing Memorial Day to make it far more realistic:

It used to be that Memorial Day was to honor dead soldiers. In recent years, we are asked to also honor veterans (who already have a day) and active duty members of the armed services. This may be an indication that the politicians feel there aren’t enough dead soldiers…

I think Memorial Day should simply be renamed Tombstone Day and people should decorate their yards with styrofoam tombstones like they do for Halloween. True-believers might even consider a few flag-draped coffins made of cardboard and maybe hanging dismembered arms and legs made of rubber from their trees.

Blanton’s proposal would provide a shot in the arm for party stores during the slow period between Valentine’s Day and Halloween. And it would be a spark for conversations that were far more substantive than the usual flag waving.

I would favor celebrating Memorial Day the way the British used to celebrate Guy Fawkes Day. Fawkes was the leader of a conspiracy in 1604 to blow up the Parliament building in London. Until recently, the British celebrated the anniversary of that day by burning Guy Fawkes in effigy. (Government officials have recently banned such burnings on the grounds that something bad might happen because of the fires. The movie V for Vendetta probably made some bureaucrats nervous.) 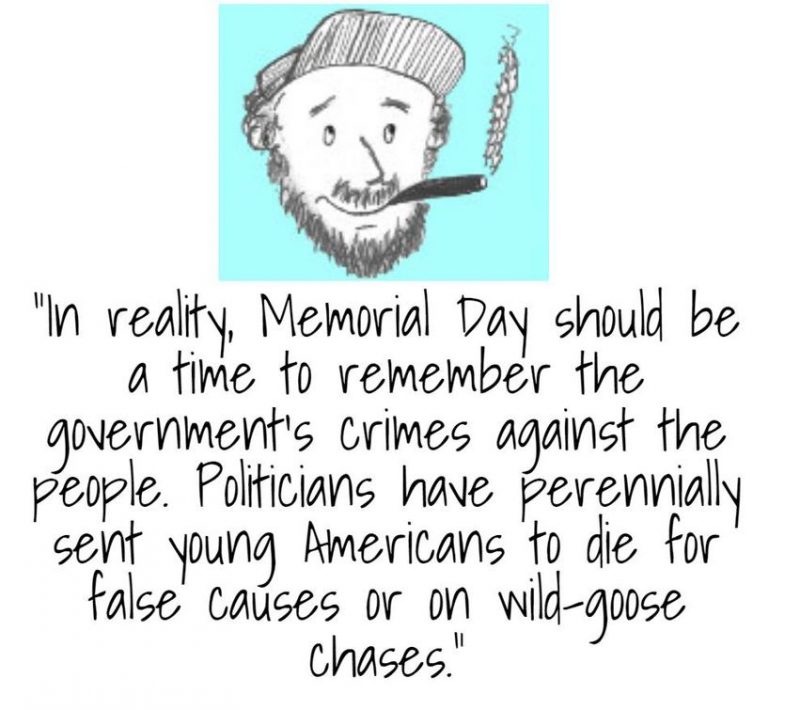 Thanks to Michael Johnson for making this quote jpeg.

It would be appropriate to celebrate Memorial Day by burning in effigy the politicians whose lies led to the deaths of so many Americans (and innocent foreigners). Those whose images deserve to be torched run the gamut from Lyndon Johnson to Defense Secretary Robert McNamara to Richard Nixon to Bill Clinton (Kosovo) to George W. Bush (Iraq, et cetera), to Barack Obama (Afghanistan, Libya, et cetera). Donald Trump’s warring has primarily resulted in the killing of foreigners, but they are also worthy of remembrance and lamentation. The burnings could be accompanied by recitations of the major offenses against the truth and liberty that each politician committed.

The best way to honor American war dead is to cancel politicians’ prerogative to send troops abroad to fight on any and every pretext. And one of the best steps towards that goal is to remember the lies for which soldiers died.

[originally published by Libertarian Institute, May 25, 2020] 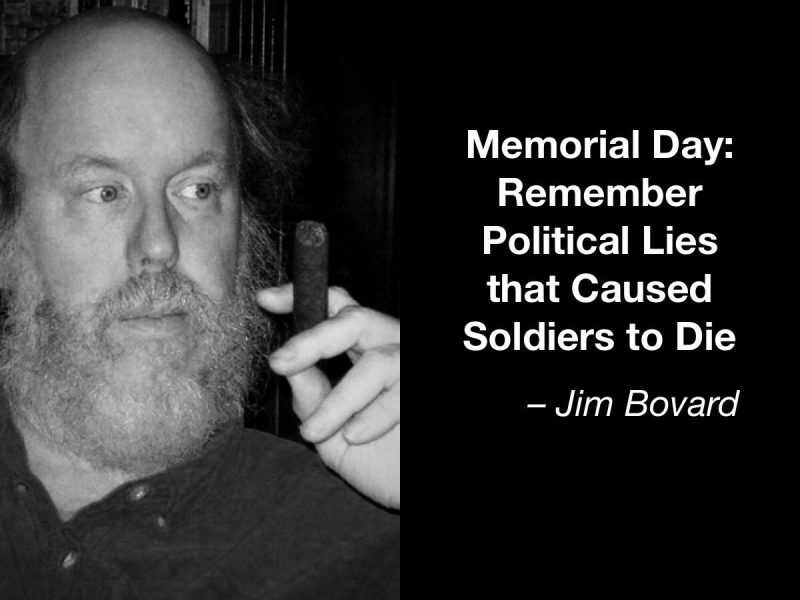 Thanks to Bob Smilie for making this jpeg