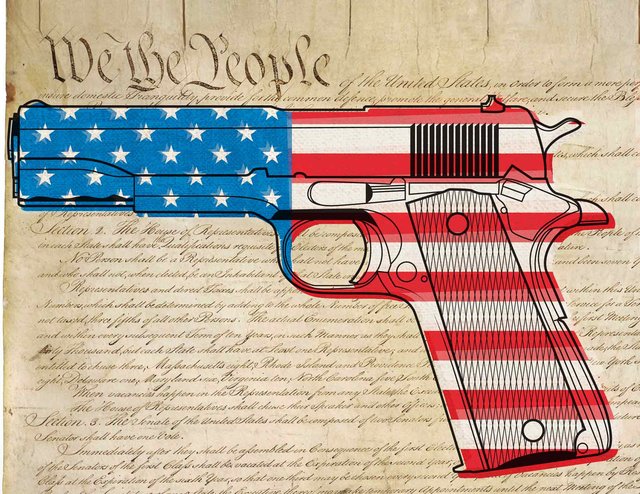 BOVARD: The ‘you are the government’ canard

Obama joins predecessors in blaming his overreach on us

In his continuing campaign to subvert the Second Amendment, President Obama recently unveiled one of the oldest tricks in the demagogue playbook. Speaking in Colorado, he declared that since America is a democracy, people had no reason to fear “the government is going to come take my guns.” Mr. Obama explained: “The government is us. These officials are elected by you. I am elected by you. I am constrained, as they are constrained, by a system that our Founders put in place.”

Unfortunately, many Americans are lulled by such assertions. But almost 200 years ago, Sen. John Taylor, in a book titled “Tyranny Unmasked,” warned, “Self-government is flattered to destroy self-government.” Mr. Obama’s assertions fit a long pattern of presidents invoking democracy to sanction unleashing themselves to do as they please.

President Franklin Roosevelt declared in 1938, “Let us never forget that government is ourselves and not an alien power over us.” Were all Americans somehow to blame for FDR’s 1937 scheme to pack the Supreme Court with new appointees to rubber-stamp his dictatorial decrees? No, nor was it “ourselves” that ravaged the nation with the New Deal’s thousands of decrees that decimated Americans’ right to make contracts or use their own property.

If people were actually the government, the Internal Revenue Service would not need to threaten harsh penalties to compel employers to pre-emptively seize the bulk of Americans’ wages and deliver them to the U.S. Treasury. The “people equals government” doctrine presumes that the citizen’s unspoken wishes animate each restriction inflicted upon him. However, drivers who exceed speed limits are not “self-ticketed,” and travelers who get accosted by Transportation Security Administration agents at airports are not molesting themselves.

Are “the people” lying to themselves when Mr. Obama repeats his canard that “nearly 40 percent of all gun sales don’t require a background check under current law”? Even The Washington Post has bluntly admitted that the president is deceiving the public with that assertion. Under Mr. Obama’s “government is us” axiom, the president is merely responding to Americans’ unspoken lust for bogus statistics to sanction new restrictions on their ability to defend themselves.

Mr. Obama assures Americans that they have nothing to fear because “I am constrained … by a system that our Founders put in place.” Listening to the president, one would think that the United States was reposing in the Golden Age of the Rule of Law. Yet, a few weeks earlier during Sen. Rand Paul’s filibuster, the Obama administration fiercely resisted admitting any limitations on the president’s prerogative to kill Americans based solely on his own decree. The Obama administration continues to claim a right to covertly read Americans’ email without a warrant a brazen violation of the Fourth Amendment prohibition of unreasonable searches.

If the rulers are above the law, then law becomes a tool of oppression, not a bulwark of the rights of the people. Many Americans were shocked in 1977 when former President Richard Nixon told interviewer David Frost: “When the president does it, that means that it is not illegal.” This doctrine, though, seems to have become the unofficial Oval Office motto for the past 20 years. As long as rulers are above the law, citizens have the same type of freedom that slaves had on days when their masters chose not to beat them.

Mr. Obama is only the latest in a long series of presidents who sought to make Americans complacent about freedom. The more people who assume that democracy automatically protects their rights, the more likely that our political system will self-destruct. Until Mr. Obama commits to scrupulously obey federal law and the Constitution, Americans would be foolhardy to trust him with one iota of additional power. Unfortunately, there is no trigger guard on political ambition.

(Thanks to  Linas Garsys for the excellent artwork).

Your Tax Dollars at Work and Play
Finally! A Terrorist Suspect Trait which I Absolutely, Positively Do Not Share

One Response to Wash. Times: The ‘You Are the Government’ Canard