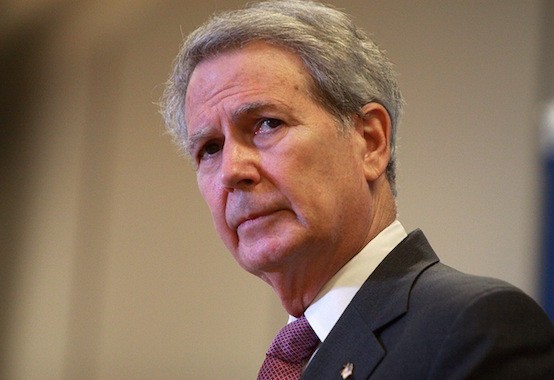 Bravo North Carolina! Rep. Walter Jones survived a Republican primary challenger who was heavily bankrolled by the Emergency Committee for Israel and other groups and endorsed by Sarah Palin. Jones is one of the most honorable Republicans on foreign policy and has been tight with Ron Paul for years. After initially supporting the Iraq War and launching the hubbub over “freedom fries,” Jones courageously reversed position and became one of its most outspoken critics.  And he has stoutly spoken out against going to war against Iran, Syria, and other “targets of the week” of Washington laptop bombardiers.

North Carolinians did themselves proud and sent a message to members of Congress who may be looking for the gonads not to join the next militaristic stampede.  Jim Antle did a series of fine articles for the American Conservative on the conservative case for Jones, and Antiwar.com has also been a vigorous supporter of the congressman.