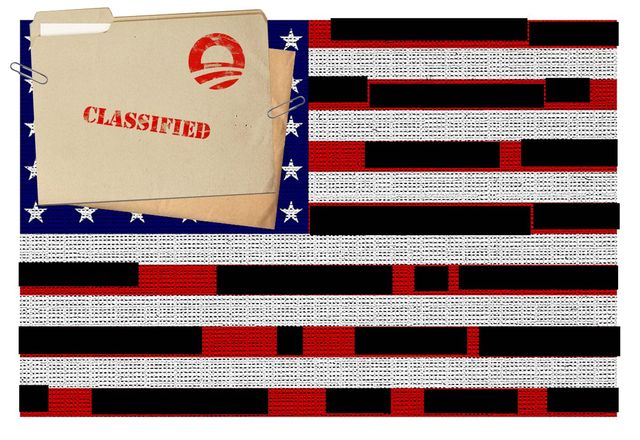 Caught between secrecy and censorship

Last Monday, the Supreme Court provided invaluable aid to the Obama administration’s campaign to hide evidence of federal abuses from Americans. The court acceded to the administration’s appeal and refused to hear a free-speech case involving New York Times reporter James Risen. Mr. Risen, a Pulitzer Prize winner, has long been in the federal cross hairs since his 2006 book, “A State of War,” exposed numerous federal crimes, including the National Security Agency’s illegal warrantless wiretapping.

Mr. Obama’s Justice Department issued two subpoenas to squeeze Mr. Risen into testifying about a confidential source. The first subpoena went nowhere, and U.S. District Court Judge Leonie Brinkema quashed the second one, declaring that “a criminal trial subpoena is not a free pass for the government to rifle through a reporter’s notebook.” However, her ruling was overturned on a split decision by a federal appeals court.

The Obama administration, in its brief on the case, told the Supreme Court that “reporters have no privilege to refuse to provide direct evidence of criminal wrongdoing by confidential sources.” The Obama team brushes aside the fact that the most controversial press cases in recent years have involved exposes of government outrages.

Mr. Obama still periodically pirouettes as the civil liberties champion that some Americans remember from his 2008 presidential campaign. In his May 2013 national security speech at Fort McNair, Mr. Obama declared that “a free press is essential for our democracy.”

“That’s who we are,” he said. “And I am troubled by the possibility that leak investigations may chill the investigative journalism that holds government accountable.”

Mr. Obama also announced that Attorney General Eric H. Holder Jr. would conduct a review of recent federal crackdowns on reporters. As The New York Times noted, “Asking Mr. Holder to lead the review puts the attorney general in the awkward position of scrutinizing investigations that his department has pursued.” Actually, this is not “awkward” — Mr. Holder has built his career on whitewashing government abuses. His mastery in covering up the 1993 federal debacle at Waco, Texas, may have done much to recommend him to Mr. Obama. Mr. Holder spearheaded the investigation of The Association Press that vacuumed up “two months of records for 20 Associated Press phone lines and switchboards — used by more than 100 AP reporters in three news bureaus and the House of Representatives.”

Regardless of Mr. Obama’s soothing rhetoric, his administration has perennially shown contempt for journalists who expose government abuses. Two years ago, Justice Department lawyer Robert Parker compared Mr. Risen’s case to a reporter who received drugs and then refused to expose his source for narcotics. Robert Litt, the general counsel of the U.S. Office of the Director of National Intelligence, recently compared journalism to drunken driving. The Justice Department secured a secret “search warrant for a Fox News reporter’s emails that invoked the ‘suspect exception’ by portraying the reporter as a criminal participant in the crime of the leak to the reporter,” The New York Times noted.

While Mr. Obama promised Americans “the most transparent administration in history,” his Justice Department has already launched more than twice as many federal prosecutions for Espionage Act violations as all previous administrations combined. For the Obama team, leaking classified information to the media is the legal and moral equivalent of spying for a hostile government.

The amount of classified information is multiplying even faster than congressional ethics scandals. In 2012 alone, there were almost 100 million decisions to classify U.S. government documents, according to the Information Security Oversight Office. This is a huge increase since 2010, when a mere 77 million classification decisions occurred. A Justice Department inspector general’s report last October found many cases where unclassified information was wrongly given official secrecy status.

The more information the government withholds, the easier it becomes to manipulate public opinion with whatever “facts” are released. By selectively disclosing only details that support the administration’s policies, citizens are prevented from the opportunity to fairly assess the latest power grabs or interventions.

The Justice Department has not shown that the disclosures in Mr. Risen’s book and articles have harmed anything except the credibility of the government. Should it be a federal crime to expose federal criminality? It is not as though Americans can safely wait for presidents or congressmen to notify them when the Constitution has been trampled. As Roger Parloff noted at Fortune.com, “Every reporter who won a Pulitzer Prize this year for reporting the leaks of Edward Snowden would be — without a shadow of a doubt — in Risen’s shoes, were it not for the rare twist that Snowden chose to reveal his own identity (after fleeing the country).”

Official lies have done vastly more harm to America than unauthorized disclosures. From the Clinton administration’s 1999 portrayal of the murderous Kosovo Liberation Army as “freedom fighters,” to the Bush administration’s justifications for attacking Iraq, to the Obama administration’s contortions to justify bombing Libya and arming Syrian “moderates,” false claims paved the way to foreign debacles. If Americans had had contemporaneous access to the information in government files, there would have been far more opposition to launching new military assaults.

The Obama administration’s crackdowns on the media are a step toward turning America into a banana republic. In 2009, when Mr. Obama took office, the United States was ranked as having the 20th most-free press in the world, according to the Reporters Without Borders’ World Press Freedom Index — in the same league as Germany, Japan and the United Kingdom. Now, it is ranked 46th — just after Romania and just before Haiti.

* Thanks to Alexander Hunter for the excellent artwork

Carnage and Coverups: the 150th Anniversary of Cold Harbor
My First Encounter with Hitler’s Sea Wall – 1977