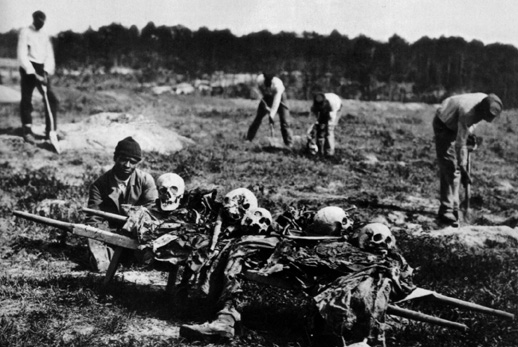 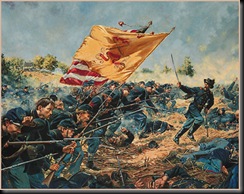 On this day 150 years ago, General Lee’s Army of Northern Virginia had their last great victory over the Army of Potomac.   General Grant was convinced that the Southerners were whupped and that he merely had to attack a few more times and Lee’s forces would surrender or dissolve.   Lee outfoxed Grant again and his troops were well-entrenched at Cold Harbor.  Grant’s officers did zero reconnaissance and the northern troops charged into a hellfire in which up to 7000 soldiers were cut down in the first quarter hour.  Grant compounded the damage to his troops by refusing to admit he had been beaten; he dithered with messages to Lee that meant that the wounded Yankees lay in the hot sun for several days before they were retrieved.  By that point, most of the wounded were dead.

Grant lied to the War Office about the carnage his army had suffered.  As Historynet.com noted, “Grant’s initial report to General Halleck, sent at 2 p.m., was shocking in its understatement. He reported, ‘Our loss was not severe, nor do I suppose the enemy to have lost heavily.'” Grant’ss coverup was assisted by top officials in the Lincoln administration.  The Republican Party was having their convention a few days later and it would have not helped Lincoln’s reelection campaign to publicly admit that the Army of the Potomac had had its worst bludgeoning since the 1862 battle of Fredericksburg.

Occurring when it did, the Battle of Cold Harbor could have caused dissension at the Republican convention in Baltimore, threatening the renomination of Lincoln or at least marring the appearance of almost universal Union support for his second term. It certainly would have brought a tremendous outcry from the Democratic press, triggering an increase in the activities of subversive Peace Democrat, or Copperhead, societies and Confederate agents in Canada. And it would have enhanced support for the already substantial peace movement in the North. If the Northern public had learned of the disastrous charge and the tragic neglect of the wounded soldiers, Lincoln and Grant might have lost their jobs after the election.

The Battle of Cold Harbor was the type of incident for which the Democratic press had waited for three years. This was particularly true of Copperhead newspapers, which relished occasions to castigate Lincoln and his administration. In June 1864 they bungled their biggest opportunity.

Union Col. Joshua Chamberlain, one of the heroes of Gettysburg, later wrote, “We were not called upon or permitted to report our casualties during that whole campaign from the Rapidan to the Rappahannock to the James and Appomattox, for fear the country could not stand the disclosure.”

Abraham Lincoln is deified by most historians for his exaltation in the Gettysburg Address about “government of the people, by the people, and for the people.”  But Lincoln, like many subsequent presidents (including Obama), was careful not to muddy self-government by permitting citizens to know the full extents of the debacles that their government committed in their name.

5 Responses to Carnage and Coverups: the 150th Anniversary of Cold Harbor