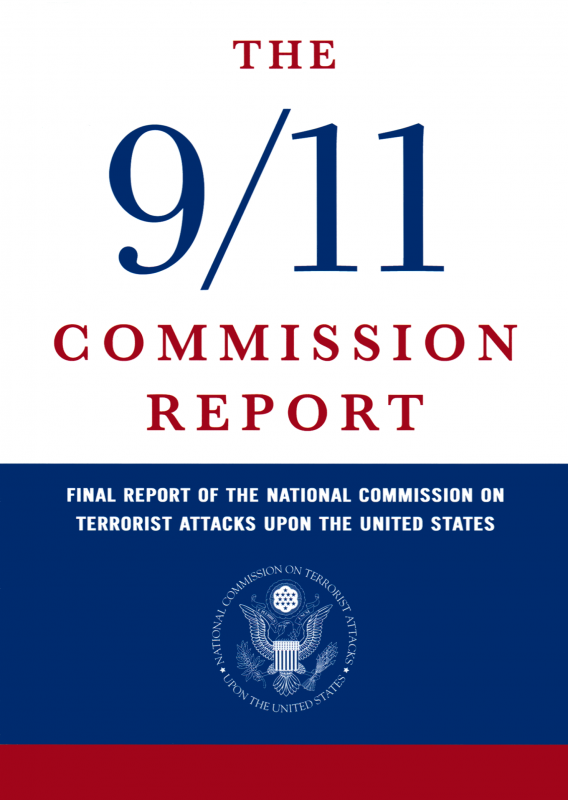 Ten years ago, the 9/11 Commission released its report on the challenges to the nation. Tom Kean and Lee Hamilton, the chairman and vice chairman of the commission, have a platitude-laden piece this morning in USA Today: “The “generational challenge” against terrorism we anticipated 10 years ago has entered a new and dangerous phase. America cannot afford to let down its guard.”

But the 9/11 Commission let down its guard for the American people long before they issued their final report.  The commissioners were content to be deceived by the Pentagon, CIA, and other federal agencies. When their inquiries were stonewalled, they groveled like lapdogs – vindicating the Bush administration’s selection of pliant tools for a commission whose report boosted the president’s reelection campaign.

The Commission’s most disgraceful default occurred on the issue of torture. As Philip Shennon, a New York Times reporter who wrote a book on the 9/11 Commission, noted,  “An analysis by NBC News found that more than a quarter of the report’s footnotes—441 of some 1,700—referred to detainees who were subjected to the CIA’s ‘enhanced’ interrogation program, including the trio who were waterboarded.” Shennon observed that commission members “forwarded questions to the CIA, whose interrogators posed them on the  panel’s behalf. The commission’s report gave no hint that harsh interrogation methods were used in gathering information… The panel raised no public protest over the CIA’s interrogation methods, even though news reports at the time suggested how brutal those methods were.  In fact, the commission demanded that the CIA carry out new rounds of interrogations in 2004 to get answers to its questions.” The Commission’s report was released almost three months after the first photos from Abu Ghraib had been published, and two months after key Justice Department and Pentagon memos leaked out and exposed the Bush administration’s novel torture definitions and rationales.  Shennon noted in 2009, “Former senator Bob Kerrey of Nebraska, a Democrat on the commission, told me last year he had long feared that the investigation depended too heavily on the accounts of Al Qaeda detainees who were physically coerced into talking.”  The 9/11 Commission became profoundly complicit in the torture – at the same time it was pretending to objectively judge the Bush record.

The Commission did its work at a time when the Bush administration was doing all it could to exploit 9/11 to promote presidential and governmental greatness. However, a 2002 Senate Intelligence Committee investigation found a vast array of federal intelligence and law enforcement failures prior to the attack. Because the Bush administration often stonewalled the Senate investigation, 9/11 widows and widowers pressured Congress to create an independent commission to investigate the attacks. Bush and Republican and Democratic congressional leaders stacked the commission with former congressmen, high-ranking government officials, and others entwined in the Washington establishment.

Philip Zelikow was appointed executive director of the commission. Zelikow, the co-editor of a Harvard study entitled Why People Don’t Trust Government, had worked closely with National Security Adviser Condoleezza Rice and had co-authored a book with her in 1999. He had also been in charge of the Bush White House transition team on national security matters, had been involved in numerous transition briefings on the subject of terrorism, and was called as a witness before the commission. He recused himself from the commission hearing at which Rice testified. She was the one government official who perhaps most deserved perjury charges from her testimony, yet there was not a single word of criticism of her in the commission’s final report.

The 9/11 Commission became the Bush administration’s most famous faith-based initiative. The commission appeared far more concerned with restoring trust than in revealing truth. Bush and Cheney were allowed to testify without a transcript and not under oath. Americans never heard what they said. Instead, the commission offered a synopsis of their comments — as if it would have been impious to quote them directly. The White House was allowed to edit the final version of the commission’s report before it was publicly released.

The commission’s final 568-page report quickly became a bestseller, widely praised in part because it assiduously avoided judgment. There was no mention in the final report of how Bush and Cheney exploited falsehoods about 9/11 to lead the nation to war against Iraq. But, as Amherst professor Benjamin DeMott noted in Harper’s, the report was useless to historians because of a “seeming terror of bias.” He was especially appalled that the commission accepted without challenge Bush’s assertion that the August 6, 2001, President’s Daily Brief was “historical in nature.” DeMott observed, “There’s little mystery about why the Commission is tongue-tied. It can’t call a liar a liar.” He noted, “The ideal readers of The 9/11 Commission Report are those who resemble the Commission itself in believing that a strong inclination to trust the word of highly placed others is evidence of personal moral distinction.”

The 9/11 Commission report provided a litany of government missteps while carefully avoiding raising any ire against the government. The failures often appeared to be more acts of God than failings by specific identifiable individuals. It strived for a balance of criticism between the current and prior administrations and between the two political parties. Thus, there was nothing to be done except count our blessings, celebrate our two-party system, and go whip the terrorists.

The 9/11 Commission also compiled ample evidence of government lying. Yet the commission effectively ignored or “rose above” all the falsehoods. There was no sense that the lies of the most powerful officials in the land posed any threat to America. Instead, there were “communication problems” between government agencies.

The establishment aided the government by heaping derision on nonbelievers. The Washington Post, in an October 2004 article headlined “Conspiracy Theories Flourish on the Internet,” examined the problems of those who had not accepted the government’s latest version of 9/11. The Post noted sympathetically, “The ready and growing audience for conspiracy theories about the Sept. 11, 2001, attacks has been particularly galling to those who worked on … the bipartisan panel known as the 9/11 commission.”

In Washington, “bipartisan” is the ultimate test of credibility — as if there is no chance that the two parties would ever conspire against the truth. Zelikow bemoaned, “We discussed the theories. When we wrote the report, we were also careful not to answer all the theories. It’s like playing Whack-A-Mole. You’re never going to whack them all. They satisfy a deep need in the people who create them.”

The Post turned to a Syracuse University political scientist, Michael Barkun, for psychological insights into nonbelievers: “Conspiracy theories are … usually wrong, but they’re psychologically reassuring. Because what they say is that everything is connected, nothing happens by accident, and that there is some kind of order in the world, even if it’s produced by evil forces.”

Zelikow, who was hired by Rice as her top counsel at the State Department a few months after the Post article appeared, commented, “The hardcore conspiracy theorists are totally committed…. That’s not our worry. Our worry is when things become infectious, as happened with the [John F. Kennedy] assassination. Then this stuff can be deeply corrosive to public understanding. You can get where the bacteria can sicken the larger body.”  If the government was so forthright in its investigation of the Kennedy assassination, why were the Warren Commission records initially sealed for 75 years?

Not a single one of the top 300 American newspapers or magazines archived on the LexisNexis database commented on Zelikow’s “bacteria” and “infectious” characterization of disbelief in the government’s version of 9/11. Yet his comment sounded as if the 9/11 Commission saw itself as America’s mental-health czar. Private doubts are the bacteria, and government assertions are presumably the disinfectant. As long as people believe what the government says, no one will get sick.

Some of the allegations regarding 9/11 — such as the charge that no plane had hit the Pentagon — are easily verifiable as false.  Yet, as with Waco, the Establishment invoked outlying loons in order to seek to undermine the credibility of all criticism of the government. But the existence of conspiracy nuts does not make the government honest.

The Washington Post never portrayed government officials who put out false statements about 9/11 in the same light as it did the private conspiracy buffs. Despite the fact that private citizens have no power over other Americans and that they have no authority to coerce them or drag them into an unnecessary war, their false statements are presented as a greater threat than those of government officials. The obsession with private lies is misplaced, when the real danger is the government lie — a lie embraced and disseminated by a subservient media, vested with all the prestige and aura of the state, and protected by an iron curtain of government secrecy. And regardless of how many times the government changes the official story, people who continue to distrust the government are delirious.  Conversely, simply because the government repeatedly lied about 9/11 does not mean that it was an inside job.

19 Responses to 9/11 Commission: 10th Anniversary of a Bootlicking National Disgrace