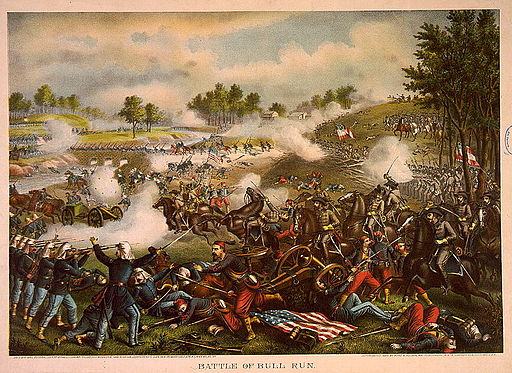 Michael Griffith has just posted an excellent analysis and survey of the role of tariff conflicts in paving the path to the American Civil War:

The Tariff and Secession: Statements on the Tariff as a Major Factor in Sectional Strife and Southern Secession
http://www.mtgriffith.com/web_documents/tariffandsecession.htm :

Northern and Southern leaders began arguing over the tariff almost as soon as the federal government was formed. This is not to say that all Northern politicians were protectionists and that all Southern politicians were free traders. In a few states and areas, some politicians sometimes broke with their party’s stand on the tariff. But, generally speaking, Northern leaders tended to support high tariff rates and strong protection, while Southern leaders tended to support low tariff rates and either no protection or limited/modest protection. Most high-tariff politicians belonged to the Whig Party and then to the Republican Party after the Whig Party collapsed in 1854. Most low-tariff politicians belonged to the Democratic Party.

Michael Griffith also has a webpage with a bevy of excellent links on the Civil War.

I touched on this issue in a piece published in July by the Future of Freedom Foundation, “How Early U.S. Trade Policy Spurred Wars and Injustice, Part 2.” Here is an excerpt of that article; the full text will be posted online next month:

The 1850s, an era of low tariffs, was widely recognized as by far the most prosperous era in American history to that point. However, the rise of the Republican Party would soon put an end to such policies. Abraham Lincoln campaigned on a promise to boost tariffs — a key factor in helping him carry Pennsylvania and win the presidency in 1860. But Lincoln’s tariff agitation further alienated Southern states and convinced many Southerners that they would be sacrificial animals for Northern industrialists.

After seven Southern states seceded — over slavery — Republicans in Congress rushed to enact a prohibitive tariff bill even before Lincoln took office. A New York Times editorial on February 14, 1861, warned that boosting the tariffs as high as 216 percent could drive the border states out of the Union: “One of the strongest arguments the [seceded states] could address to [border states] would be furnished by a highly protective tariff on the part of our Government, toward which they cherish the deepest aversion.” The Times condemned the bill as a “disastrous measure” that “alienates extensive sections of the country we seek to retain” and will “deal a deadly blow … at the measures now in progress to heal our political differences.” The Times noted that “the tendency of all leading commercial nations, is unmistakably toward free trade…. We should be in a pretty fix, with free trade at every Southern port, and a prohibitory tariff at New-York, Philadelphia and Boston.” The Times’s sound arguments had no impact on the Republican stampede, and six more states seceded after the Morrill tariff bill was enacted and after Lincoln mobilized troops in response to the Fort Sumter episode.

The New York Times editorial is available at http://www.nytimes.com/1861/02/14/news/the-morrill-tariff.html

The Republicans in early 1861 were more interested in raising tariffs than in avoiding a Civil War.

My impression is that the tariff was a larger issue in swaying the upper South states such as Virginia and North Carolina to secede than some of the Deep South states. The Morrill Tariff spurred southern fears that the Republicans were rapacious and untrustworthy – the same response that people around the world have had to politicians who have imposed ruinous tariffs in the past 150 years.     This does not prove the tariff caused the war  – but it is another reason not to shrug off the tariff’s role.

USA TODAY: AmeriCorps at 20 is a Wasteful Flop
My First Piece after 9/11: Dangers of Trusting Government